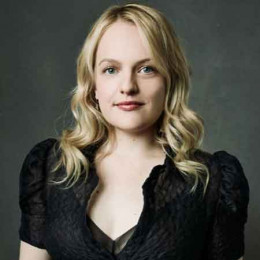 Elisabeth Moss is an American actress who debuted in the entertainment industry in 1990 in a television movie called "Bar Girls" and made her film debut in "Suburban Commando" where she was featured as a little girl. She is popularly known for her role of June Osborne in the popular Hulu series, "The Handmaid's Tale" and for the AMC series "Mad Men".

Elisabeth Moss was born Elisabeth Singleton Moss to parents Ron Ross and Linda Moss on July 24, 1982, in Los Angeles, California. Both of her parents were musicians. She and her younger brother were raised a Scientologist which is a body of religious beliefs and practices which was launched in may 1952.

She was aspired to be a professional dancer from an early age and to fulfill her passion she went to New York where she joined the School of American Ballet. 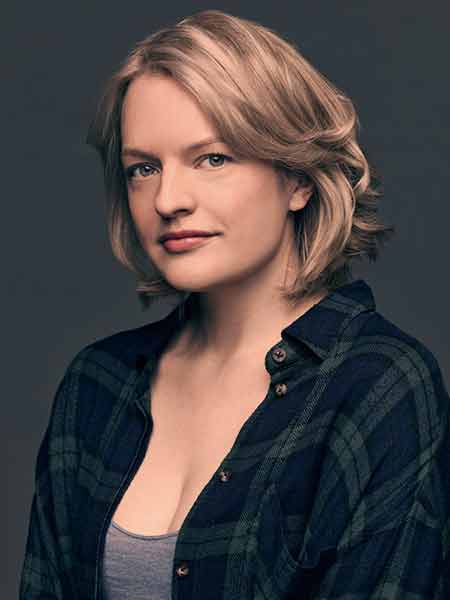 Later on, she attended the Suzanne Farrell Ballet at Kennedy Center in Washington to study with Suzanne Farrell a professional ballet dancer. Besides dancing, she was into acting too and thus started giving auditions.

As she had an ongoing career at an early age she was homeschooled and graduated at the age of 16 in the year 1999.

Moss debuted in the entertainment industry in 1990 in a Television film named Bar Girls where she portrayed the character, Robin. The following year she did a movie debut in 'Suburban Commando' where she was featured as a little girl. She has also done some theatre plays in her career. Her plays include Franny's Way, Speed-the-Plow, The Children's Hour and The Heidi Chronicles. Her associated theatre productions are Ethel Barrymore Theatre, The Comedy Theatre, Linda Gross Theatre and Music Box Theatre.

Moss appeared in various movies such as Imaginary Crimes, Once Upon a Forest, Mumford and so on in the 1990s. Similarly, her growing popularity led her to be cast in movies like Day Zero, Green Lantern: Emerald, Meadowland, Mad to be Normal and much more.

Her 2018 release include The Seagull which was released on May 11 in the United States and had popular actors Saoirse Ronan, Annette Bening, and Corey Stoll. The Old Man and the Gun is her next 2018 release which is set to be released on September 28.

Moss has featured in several Television movies and series. In the 1990s era, she was cast in TV films like Prison Stories: Women on the Inside, Midnight's Child, Gypsy, Earthly Possessions and so on. Moss also guest appeared in some popular series like Anything But Love, Law & Order: Criminal Intent, Grey's Anatomy, Ghost Whisperer, Mercy and The Simpsons. 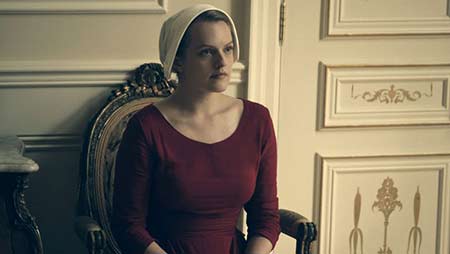 She portrayed the role of Peggy Olson for 88 episodes in the 2007 series Mad Men. In the show, Top of the Lake, she appeared in the role of Robin Griffin for 12 episodes. As of 2018, she is involved with the Hulu series The Handmaid's Tale where she portrays June Osborne and has appeared in 16 episodes till date. She also works as a producer for the series whose main casts include Max Minghella, Samira Wiley, and Amanda Brugel.

She has earned several awards for her outstanding work and some of them are listed below.

Moss has an estimated net worth of $14 million which she earned from her huge career as a Hollywood actress. She used to earn $75k per episode but from The Handmaid's Tale, she takes home a salary of $175k per episode.

Moss married Saturday Night Live actor & comedian Fred Armisen on October 25, 2009, after being engaged in January of the same year. Their marriage ceremony was held in Long Island City, New York. The couple separated in June 2010 and after two months of separation, they filed for divorce. Their divorce finally finalized on May 13, 2011.

After the split, she dated Australian cinematographer Adam Arkapaw for some year but broke up in 2015. There were rumors about her affair with famous actor Tom Hiddleston in 2017 but they silenced the rumors by denying it. As of 2018, she is single and is open to relationships but doesn't necessarily think people should be married to be truly in love.

She holds a citizenship of both America and UK as she is British from her father's side. Moss believes in equality and feels every race and religions are equal. She is a feminist who takes stand on the issue related to women and is a lifelong member of the Church of Scientology.

Her favorite character is Robin Griffin from the 2013 movie Top of the Lake. She gets her share of inspiration from actress Bette Davis as her performance inspires Moss. She has around 690k followers on her Instagram account as of July 2018 where she is often seen posting about her projects.

Fred Armisen is Saturday Night Live actor & comedian. The duo was together for only eight months before their separation in June 2010.