Home Article Miranda Kerr steps out for the first after announcing about her Pregnancy“We’re just really excited to expand our family.”

Miranda Kerr steps out for the first after announcing about her Pregnancy“We’re just really excited to expand our family.”

Hot Moma! Miranda Kerr steps out for the first after announcing about her Pregnancy; Find out more about Relationship and Affairs

One for the Evan Spiegel and Miranda Kerr brood!

Miranda steps out for the first time after announcing that she is pregnant with her first child last month. The Australian supermodel made a rare appearance during the recent KORA event.

She was looking healthy and happy as she is going to become a mother for the second time, first time with husband, Evan. 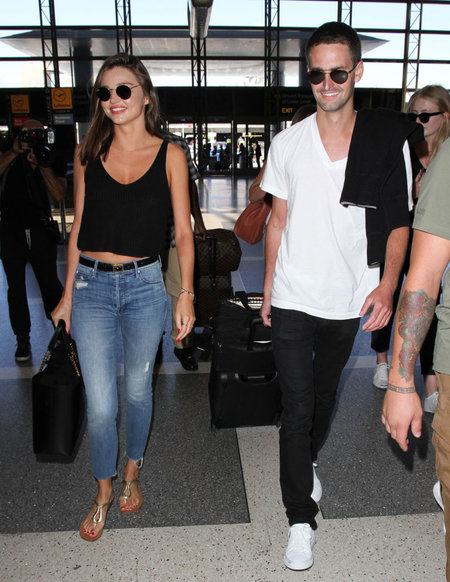 She attended the event in order to promote her KORA Organics skincare line at Sephora in Santa Monica, California.

While speaking about her upcoming pregnancy to the US magazine,

Her husband is also excited to become a father for the first time.This is the second child for Miranda as she is already a mother of one child from her previous marriage with actor Orlando Bloom.

She and Orlando welcomed her son, Flynn, in 2011. Speaking about how her son is excited to see his siblings, she said,

The model and Evan tied the knot earlier this year in May at their residence in Los Angeles, California. The pair announced they are expecting child last month in November.

A spokesperson close to them divulged,

"Miranda, Evan and Flynn are looking forward to welcoming the newest member of their family,”

But looks like Kerr is having a hard time during her second pregnancy. She exclusively stated to the US magazine,

“I have been getting hormonal headaches, which I never got with Flynn. Apparently, my doctor said [with] the second pregnancy, your hormones kind of kick in a little stronger because they’re like, ‘Oh, yeah. I know what’s happening. I know what to do.’ So that’s probably why.” 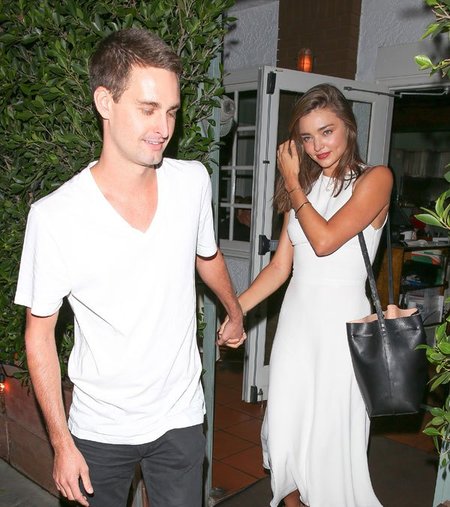 The pair tied the knot in May 2016,
Source: Radar Online

She and Orlando were married from 2010-2013. She and Evan are currently preparing for the big upcoming task. We wish the pair become a great parent to their upcoming bundle of joy.