Is Actress Lana Conder Dating A Secret Boyfriend; Details On Her Family And Personal Life 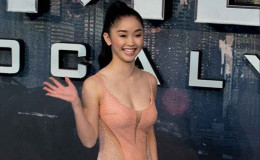 Lana Condor made her mark in the entertainment industry from the movie, X-Men: Apocalypse, playing the role of a new mutant, Jubilee. The Vietnam born American actress sure made a huge number of fan followings from her role.

Lana Condor made her mark in the entertainment industry from the movie, X-Men: Apocalypse, playing the role of a new mutant, Jubilee. The Vietnam born American actress sure made a huge number of fan followings from her role.

Her fans are usually eager to know about her background, her family, and especially her boyfriend. Well, you've come to the right place as today in this very section, you'll know all that you want to about the 21-year-old starlet.

Now talking about Lana Condor's current relationship status, she is taken. We know it may be a big blow to all of her male fans out there but sadly, that's the truth.

She is in a loving relationship with American actor Anthony de la Torre. The couple although kept a low profile regarding their relationship at first, they opened it up after some time. 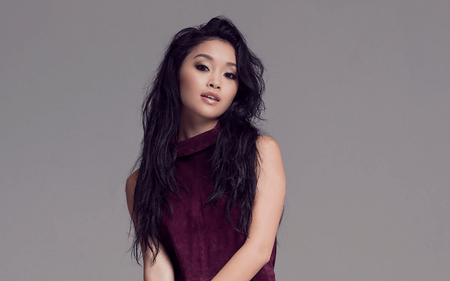 Lana kept it hidden until 2017 when she shared a picture with him on her Instagram account and captioning it,

Ever since then, they became one of the hottest couples on town. Although Lana doesn't share much info about their relationship, we sure can tell, they are a perfect match for each other.

Anthony, who is also a singer and songwriter share awkward pictures of them together. This one time, he posted a picture of himself carrying his girlfriend's purse and stated how he rocked it better than hers. Funny, isn't it?

Well, we truly wish they remain like this for many years to come.

Lana Condor-Adopted By Parents; Gives All Credits To Her Family

Many of you might not be aware that Lana was adopted by her current parents. She was born in Vietnamese parents in Can Tho Vietnam. Unfortunately, her biological parents were not able to take care of her properly which led to her current parents to adopt her.

She was only two-months-old when they adopted her. Her parents didn't adopt her only, as her non-biological sibling, Arthur Robert was also adopted along with her. 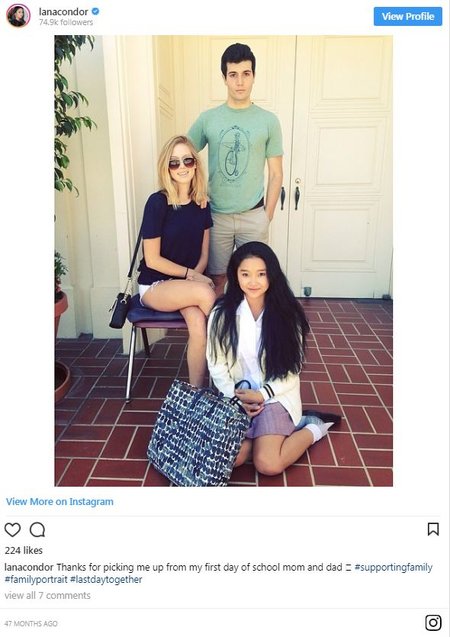 Her parents took care of her and nurtured her in the best way possible. And that's why she gives all the credit for her success only to them. From the get-go, they were pretty much open about her background and Lana knew about her adoption.

While talking about what her parents had to go through to find Lana, she recalled in an interview,

“They had to walk through the jungle to get there because cars couldn’t get through the mud. But my parents came and fell in love with me. They were like, ‘She’s the one!’”

Furthermore, she dedicates all of her triumph to them. She further added,

“My job is to be in movies, and I’m on multi-million-dollar sets, and it’s humbling because I always remember: Had my parents not opened the door to the one nursery that I was in, I literally would not be here.”

Lana is openly involved in philanthropy and doing her part in making lives of orphans from her native land better. The director of her move, To All the Boys, Susan Johnson even provided the scholarship to four girls from Lana's birthplace. 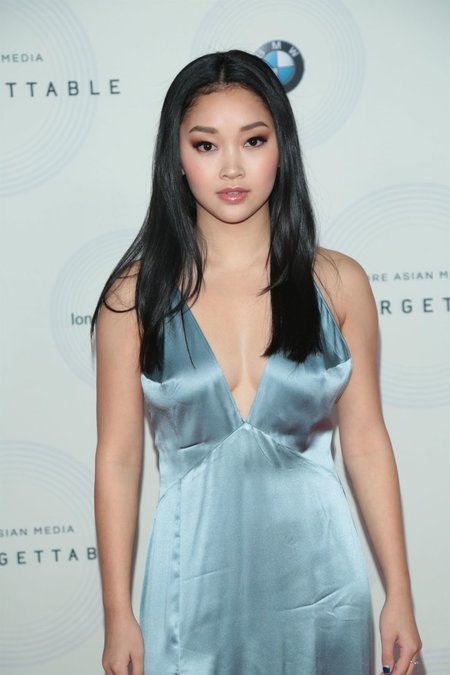