Home Article Is American chef Michael Voltaggio Dating a Girlfriend After Divorcing His Wife? Know details about His Past Affairs and Children.

Is American chef Michael Voltaggio Dating a Girlfriend After Divorcing His Wife? Know details about His Past Affairs and Children. 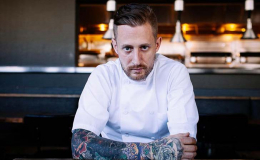 As the rise of celebrity chef over the past few decades, the world's most famous culinary personalities are compared to rock stars. Thanks to their antics inside and outside of the kitchen, from partying to arms filled with ink. But Michael Voltaggio has a problem with that.

Is it because he felt guilt over losing his women?

The real question, Is Micheal Voltaggio dating someone after divorce with his ex-wife. Let's see about his present and past life including his end of addiction.

Is Micheal Voltaggio dating anyone? Or Secretly Married Again

An American chef Michael Voltaggio was single for a long time after divorcing his ex-wife, Keri Adams. It looked like he wasn't ready to meet any new lady love and remained more focused on his career building. 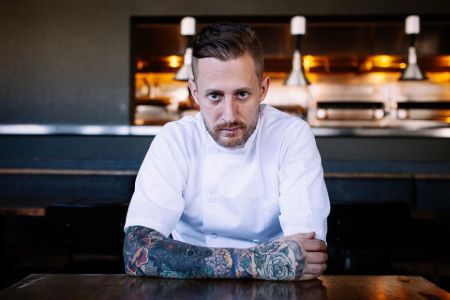 On the other hand, going to his past life, chef Micheal just divorced with his ex-wife, Keri Adams. In addition, he has two children with Adams, Olivia, and Sophia both the daughters.

Yet no information regarding their nuptials nor their children is in the spotlight. Michael tends to remain cryptic about his personal life despite his successful career.

After spending 10 years with each other they got divorced. The reason behind the divorce is still unknown.

The chef is focusing on their career rather than indulging in romance again. As of now, there are no controversies and extra affairs that brought him into the limelight again after his divorce from his first wife.

Maybe it's true love and he's been waiting for her. Or maybe not, he's might be waiting for another angel to appear suddenly in his life. And, the angel was none other than model and fashioned designer Sami Miro.

2019 definitely marked one of the hottest couple debuts. It was none other than the chef Michael Voltaggio and businesswoman and model Sami Miro. Voltaggio and Miro even made their relationship official on Instagram. 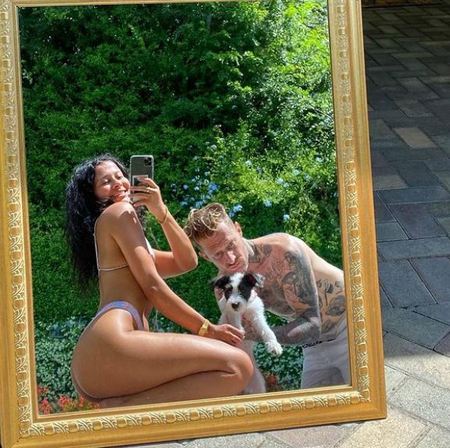 In fact, the couple would often share pictures of their romantic holiday, dates, and travel diaries. Not to mention, Michael had also developed a close bonding with Sami's rescued dog, Sunnie.

However, since early 2021, Michael and his girlfriend stopped sharing pictures with each other on Instagram which might imply that the couple might have broken up or wants to keep their relationship on the low from the public eyes.

Wanting To Quit Cigarette? See How Voltaggio Ends His Addiction

Famous culinary personalities like Anthony Bourdain and Andrew Zimmern already opened about their own battles with addiction in the past.

In the meantime, Voltaggio explained to The Feast;

"We're always looking for some form of intensity. There's this need to apply this energy to something, and I think chefs, all chefs, have this innate ability to have more energy than anyone else."

Moreover, he noted, "Imagine if you took that energy and applied it to more productivity or something different than just cooking. Imagine all the different things you could learn. As life goes by, do you want to remember that time or those times that you spent four or five or six hours in a bar after work, or what else did you accomplish?"

"I'm starting to realize that I have different interests outside of restaurants and cooking, and there's a lot of different things that I want to do, but I can't do that if I'm going out after work and partying and socializing and doing all the things that are associated with that," said the 40 years old celebrity chef.

It was at No Kid Hungry's Chefs Cycle fundraising event, that inspired Voltaggio to stop smoking in the first place.

"That and smoking didn't make any sense together whatsoever. And so everything that I do, my personality, I'm very intense, and I want to do it all the way. Like, I want to go all the way in everything I do. So for me, it was about not just riding for charity, but riding really fast and being sort of competitive. So cigarettes were sort of getting in the way."

Also, Read: Want To Leave Your Smoking Addiction For Good? Here Are Seven Ways Which Will Probably Help You Leave Smoking

Above all, talking about ending the addiction and quitting it forever, Voltaggio proudly advised that his best advice would be to focus on something that's more positive.

"Find other ways to distract yourself. I think Nicorette was just an example of something. It wasn't the means to an end; it was a distraction, and it inspired me to find other distractions to take my mind off of wanting to do that." 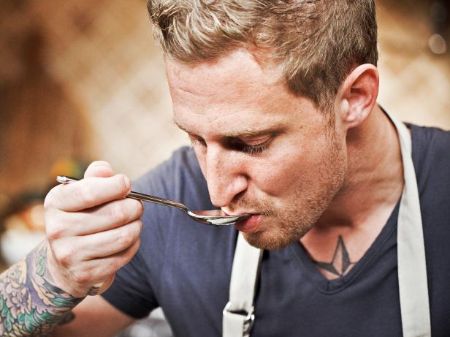