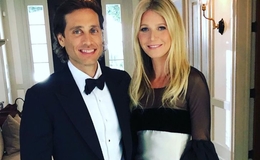 Like many other famous celebs, the gorgeous American actress Gwyneth Paltrow is living happily with her second husband, Brad Falchuk, after the two got hitched in 2018.

Gwyneth Paltrow enjoys a lovely relationship with her better half after her tragic divorce. She is a blissfully married woman who shares a happy marital life with her second husband, Brad Falchuk. Today, let us look at her married life with her spouse and learn about the actress more personally.

By now, you all might have guessed who Gwyneth is. The daughter of director Bruce Paltrow and Los Angeles native shot to fame after her outstanding role in  Se7en, working opposite Morgan Freeman and Brad Pitt.

Gwyneth Paltrow walked down the aisle with a television writer, producer and director, Brad Falchuk. He is popular for his work in Scream Queens, American Horror Story and Glee. 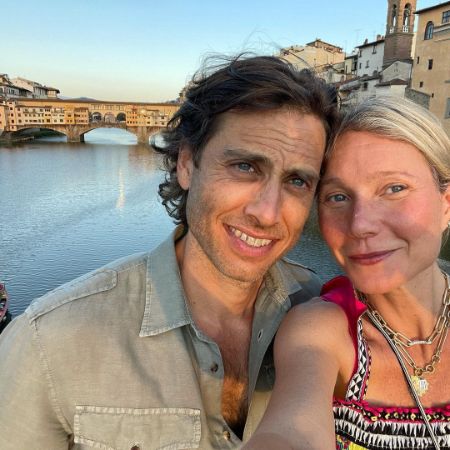 In September 2018, the lovebirds walked down the aisle in the Hamptons, New York. The pair wed in private yet at a great function, surrounded by their close friends, celebrities and family. As per Glamour UK, Gwyneth gushed about feeling lucky to be in her mid-forties and do it again.

Also, her mother, Blythe Danner, an actress, told the world that the wedding was gorgeous she's ever seen. The Goop Lab star said in an interview three years after the marriage that the lovebirds are still in the honeymoon phase.

How Did Gwyneth Paltrow and Brad Falchuk Meet?

Gwyneth and Brad crossed paths for the first time in 2010 on the set of the movie Glee. The romantic love story goes back to when they appeared on the cover of Goop magazine. 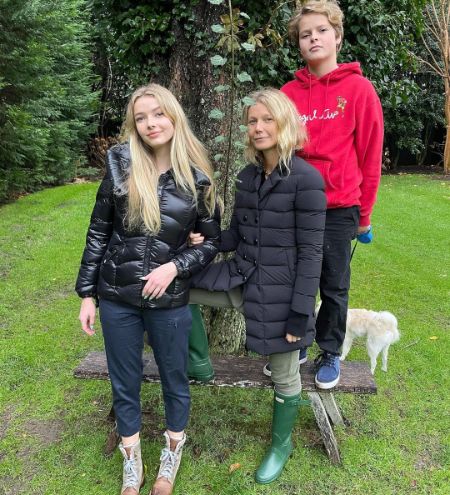 Mr. Falchuk made their romance Instagram official when Brad shared a selfie in Los Angeles of them in September 2015 during the premiere of Scream Queens with a caption that reads," My Date and I."

The couple's romance remained out of the spotlight until Gwyen, and her beau stepped out at her friend Robert Downey Jr's 50th birthday party in California in 2015. The lovebirds publicly hit it off in 2015 before confirming their long-awaited engagement three years later in Janaury 2018. 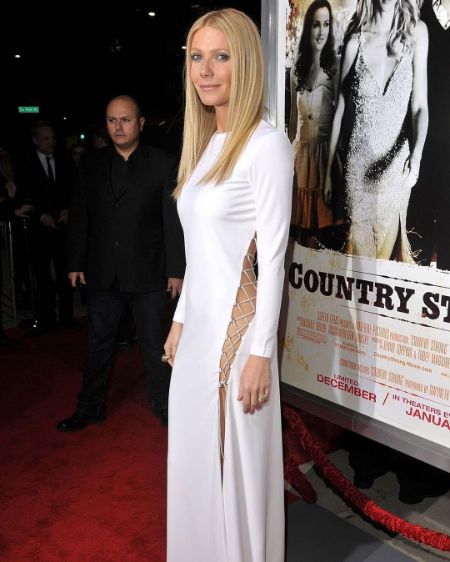 Gwyneth Paltrow at the premiere of the movie Country Strong. SOURCE: Instagram(@bareunderwearuk)

Also, Brad told Harper's Bazaar in 2020," We had similar enough backgrounds, a little bit East Coast, a little bit Jewish, her dad was a TV producer, and so we sort of developed this lovely friendship.

Well, the beauty guru popped the question to television show creator in early 2018. Additionally, many celebrity couples call off their relationship or marriage for reasons in their married life. But unlike any other pair, Gwyneth feels grateful for her chemistry with the TV producer.

Previously, Paltrow married a singer and Cold Play frontman, Chris Martin. The former flames shared the matrimony vows in 2003. From the marriage of nine years, the lady welcomed two teenage children, a daughter Apple and a son Moses.

Watch the video of Gwyneth Paltrow on the Oprah Winfrey Show revealing why she named her daughter Apple.

The proud mom, however, doesn't regret spending time with her first husband. When Gwyneth and Chris announced their divorce in March 2014, everyone was shocked because no one expected them to split.

On her journey to finding true love, everything changed when Gwyneth met Brad, as she felt like she was in an adult relationship for the first time. At the same time, The Shakespeare in Love star was ecstatic about providing her children with stepsiblings.

The business person Gwyneth is now thinking about turning away from acting to focus on her business, valued at more than $250 million, and being a mother for her two kids. However, it seems like Gwyneth and Brad don't have plans for a child of their own yet. But we all hope they might welcome a junior Falchuk or junior Paltrow soon.

Keep coming back to Married Wiki for exciting articles and news of celebs.