Home Article Is Leslie Jones still Single or Married? Know in Detail about her Relationship and Affairs

Is Leslie Jones still Single or Married? Know in Detail about her Relationship and Affairs 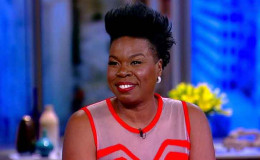 Leslie's talk about her dating someone secretly has confused many and raised questions about her love life being up in the headlines for a while. Not getting spotted with anyone romantically till date, has Leslie Jone finally found the man of her dreams?

Who is the guy she talks about? Well, if you really want to know the little secret of the comedian, check out the article below!

Leslie Jones Talked About Her Secret Boyfriend, True Or Fake?

Leslie wants a man who can make her laugh!

The 51-year-old comedian, while making an appearance on Conan in 2017 revealed that she is dating a mystery man but she won't open up about her man as she does not want people 'bothering him'. 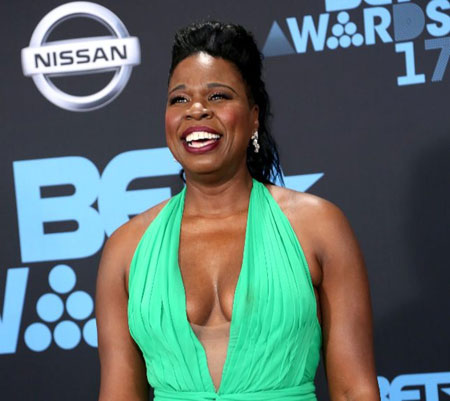 Leslie Jones is not dating anyone currently
Source: Brit

"It's a secret, so I don't want everybody bothering him, you know what I'm saying? I don't want to sit on television and be like, 'Oh, the type of man I'm looking for ...' and then I'll talk to him and he'll be like, 'Yeah, I heard you were looking for this type of dude.' Don't get me in trouble!"

But she updated her fans through her twitter clearing up confusions over her relationship with the mystery man. She said that with the success she has, it has been hard to find a man who is not intimidated by her boss-ass moves.

Rumors swirled around that Leslie and her fellow work-partner are dating. Colin Jost once uploaded a picture of her mentioning her as his work-wife which made the public speculate the rumors.

The beautiful black actress and comedian is not romantically linked to someone as for now and wants her fans not to feel sorry for her. Let us hope that she soon finds the type of man that she wants.

Recommended: 34 Years American Comedian Abbi Jacobson Is Currently Single Or Dating Someone; Know About Her Sexuality

During her appearance in Saturday Night Live's Weekend Update, she paid tribute to all the 'terrible men' she dated till date in May 2018.

Though Jones spread laughs, jokes and live tweets on the Internet, she's is broken from inside. She shared an Instagram image in January 2018 while at the gym but the caption of her selfie was totally different from the words she uses on her regular posts.

She was lamenting her single status and saying that she might die along.

?Ok back to cardio. But confession I feel like I’m doing it for nothing. I know it not I’m healthy and look good but I really feel like “what’s it all for” if the people you want to notice don’t. I just feel like I might die alone. Sorry that’s pretty heavy today!! @trainwiththaddeus

"Ok back to cardio. But confession I feel like I'm doing it for nothing. I know it not [sic] I'm healthy and look good but I really feel like 'what's it all for' if the people you want to notice don't. I just feel like I might die alone. Sorry, that's pretty heavy today!!"

Standing On The Stage Of Comedy To Screen On TV; Leslie Jones Rise To Limelight!

Jones debuted her career as a stand-up comedian in 1987 when she was still in college when one of her friends signed her up for the "Funniest Person on Campus" contest.

She then moved to Los Angeles but received unfavorable comments for her performance and stopped performing for about three years.

Her major break came along when she was called for a cast member for the show, Saturday Night Live. She often appears on the Weekend Update segment of the show with host Colin Jost.

She was promoted to the cast as a featured player and made her official debut from the show which was hosted by Jim Carrey and became the oldest person to join the show as a cast member.

Was going my pics and rem The ghostbusters experience!! This was fun!! Miss my girls!!

Jones was also nominated for an Emmy Award for Outstanding Supporting Actress in Comedy Series for her work on SNL in 2018.

Not only SNL, but she also screened in several movies including Repos in 2006 and Ghostbuster alongside Melissa McCarthy, Kate McKinnon, and Kristen Wiig. 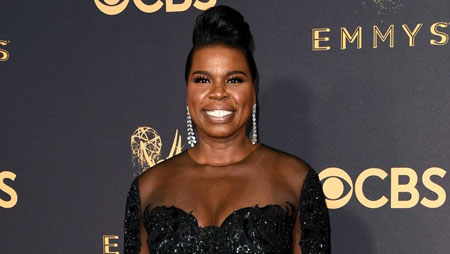