Home Article Is Liberte Chan still Single or Married?Know in Detail about her Current Affairs and Relationship

Is Liberte Chan still Single or Married?Know in Detail about her Current Affairs and Relationship 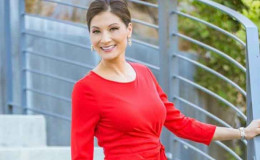 News channels play an important role in broadcasting news about events and all things happening around the globe. There is quite a competition among News channels for broadcasting quality news and information.

Broadcasting quality news in a proper way is an important job of a news reporter. Liberte Chan is a successful name in the field of news reporting. Originally, from Los Angeles, United States, Liberte Chan is a reporter, journalist, meteorologist, weather anchor for KTLA channel.

She has great success in her career but how about her personal life? Is she single or dating someone or married? Let's find out about her affairs and relationship.

Liberte Chan's marriage with her longtime boyfriend, Brian Chase, didn't last for a long time and eventually, they got divorced. The reasons behind their divorce is still unstated.

Now the question is: Is she still single or has mingled with someone after a heartbreaking separation from her former husband?

Liberte Chan in an amazing yoga pose with her rumored boyfriend Andrew Sealy.

Well, it seems that Chan has fallen in love again. She's been posting numerous photos with her a guy on her Instagram page. So, are the two actually dating?

He's a professional yoga trainer known by the name, Andrew Sealy. He is a movement creator and a Yoga artist. When asked about yoga, he answers with a smile,

"Yoga is a complete science of self-discovery that is not a competitive sport or mere challenge of wit. Yoga is the only practice I have found that truly challenges me to embody positive change while integrating all aspects of self-discipline to bring forth harmony within the body, mind, and soul."

Chan's been posting several photos of herself with Brett in different yoga poses, on her Instagram.

As the pair haven't revealed the story behind their amazing images on social media, it seems we have to wait some more to get the details!

Liberte Chan dated Brian Chase, an American actor for quite a long time. Finally, they got married in 2012 at the Greystone Mansion’s garden. The couple seemed very happy for a few years. 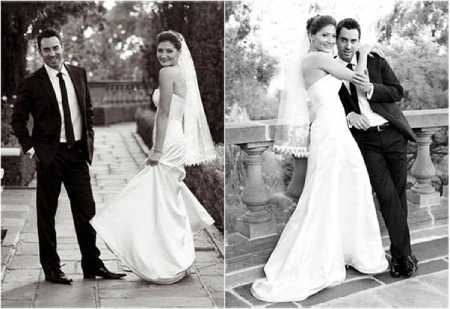 Sadly, they got divorced but the exact reasons behind their divorce is still a mystery to all.