Pamela Brown is living a happy Married life with Husband Adam Wright, Also see her Career and Net worth 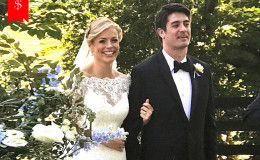 Pamela Brown is a young 35-year-old lady renowned for her journalism. There was much conjecture concerning her personal as well as the relationship status of the journalist.

Well. Pamela Brown is happily married and is living a blissful life with her husband: Today let us discuss the beautiful journey of Pamela including her success in both married life and career.

Pamela Brown: Her Married life and the Relationship with her Husband Adam Wright

The duo met through their mutual friend and talked through their emails before actually meeting each other. During an interview she said;

"He and I exchanged emails for a month before he flew from California to New York to meet me for a cross-country blind date. We ended up spending the weekend together and the rest is history."

After dating for a few years, the couple got engaged. She officially confirmed that she was engaged to her boyfriend Adam in an interview with The Knot News.

Adam asked the question quite romantically. While describing the moment she said;

“When I walked in, there was a dress hanging and a card with instructions to put it on, “My dog, Bubs, came around the corner wearing a bow tie and Adam came down the steps wearing a tux. I really knew something was up when I realized he had cooked me dinner,”

“After we ate, he left the room and came back with Bubs wearing the ring box on his doggie bow tie. He reached down to get the ring box and proposed.”

In November 2016 she uncovered that she wants to have a wedding at her old Kentucky home. She has already decided for the number of guests, foods, and flowers for the wedding ceremony.

Couples hanging out after their engagement, Source: Wedding News

The couple married on 5th June 2017 inviting their close friends including Spencer Garrett, Sally Quinn, Jerry Bruckheimer, Dana Bash and so on. 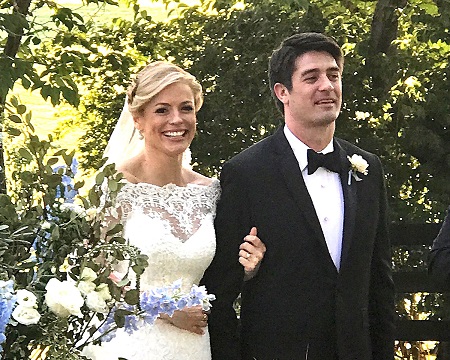 The couple welcomed a first child in their family, a son named Ben in June 2018. Earlier, she frequently showed off her baby bump via Instagram posts.

Touching up with Brown’s relationship now let's know about her career.

Brown began her career as a Sunday evening anchor at ABC7/WJLA-TV and news channel8 in Washington D.C. for cloaking several international and national news.

The Emmy-award nominated reporter has outlined some significant occurrence like Hurricane Sandy, a Washington Metro train derailment, Boston Marathon bombings and much more.

Brown spent around six years of her profession working as a reporter and presenter at the telecasting media. After leaving WJLA/Newschannel8, she started helping as a political communicator at CNN media. 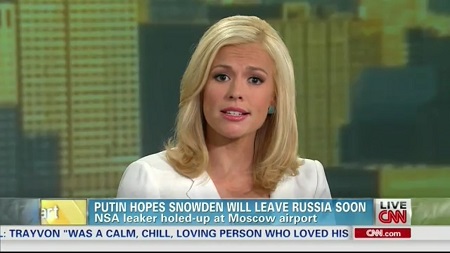 There was a rumor that she got the job with CNN because of her political background.

Brown is the girl who is dedicated to her work as a journalist and a news caster. Her work also included Haiti earthquake, its disastrous demolition, and its rebuilding process.

Thank you to all who joined us last night! @CNN

She is totally in defiance to human sex trafficking, she has done detail report on it only in the USA, but then also some of them around the world.

The report which is made by Brown was created as cognizant for students of schools and in human trafficking conferences.

The net worth of Pamela Brown:

Brown is known as the top 5 beautiful woman anchors of American media industry, who earns sturdy amount from her job. CNN remunerate high amount of money for her because of her talent and experience.

As per the source, Brown is capable of accumulating $2.5 million per annum. 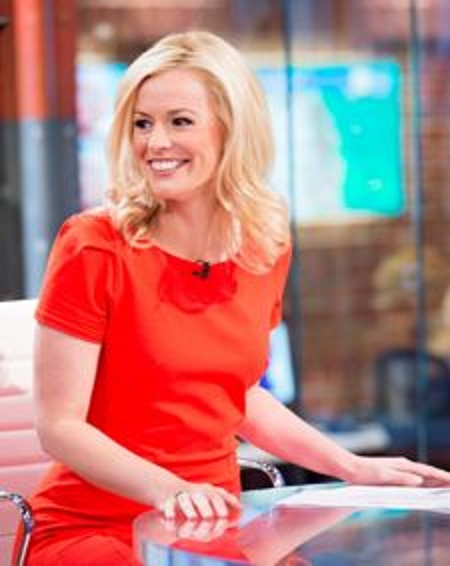