Home Article Is " She-Ra and the Princesses of Power" Actress AJ Michalka Still Dating Boyfriend Joshua Pence? Also Know About Their Relationship and Her Past Affairs. Any Marriage Plans?

Is " She-Ra and the Princesses of Power" Actress AJ Michalka Still Dating Boyfriend Joshua Pence? Also Know About Their Relationship and Her Past Affairs. Any Marriage Plans? 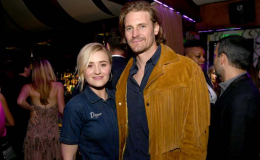 Lady with multiple talents, Actor, singer, songwriter, and guitarist AJ Michalka has had a rough dating life but still holds a good relationship with boyfriend Joshua Pence. Although with zero sign of marriage, don't be surprised to hear that news anytime soon.

It must've difficult for a celebrity to have consecutive failed dates. But, AJ Michalka didn't ever lose hope and seeks to find love sooner or later. With failed six dates, currently, she's in a happy relationship with her boyfriend Joshua Pence. We try to bring you details about her in our article. Let's not waste any time!

"She-Ra And The Princesses Of Power" Actress AJ Michalka Current Relationship Status. Is She Still Dating Boyfriend Joshua Pence? Are They Marrying?

Rumors swirling around suggests that AJ Michalka is dating American actor boyfriend Joshua Pence since 2017, but doesn't hint any news regarding their marriage. However, they seem like a happy couple so we can't rule out their marriage unless their relationship pans out differently. 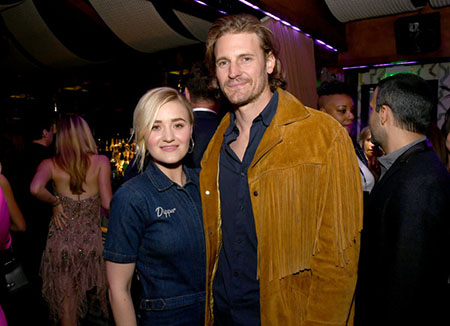 She shed the light on their relationship through social media posting the cute picture with him. It is obvious from her social media, she is happy with Pence and is open about her relationship sharing pictures on Instagram. Moreover, Pence is one handsome and lucky man to have her as a lover, breaking thousands of her bachelor fans hearts.

They are spotted together whether it be for a movie premiere or at the vacation. Recently they attended the premiere of TV series Good Trouble in which Pence stars. 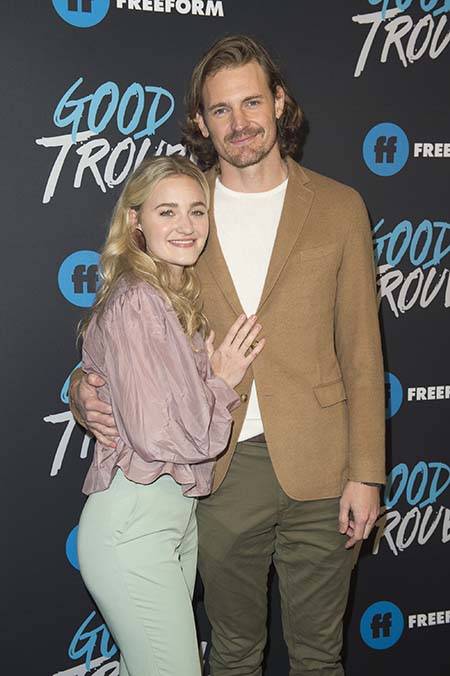 If you wanna find out how good the couple looks like, you can hop into AJ's Instagram to find amazing pictures of the couple. She shares her romantic pictures with Pence with sweet captions attached to it.

We can clearly see their romance on Valentine's day with their cute PDAs. They do not stop teasing their followers with pictures though no sign of their marriage decision. We would be more than happy seeing them engaged or just get married soon.

What About AJ Michalka Past Affairs?

AJ Michalka has a long list of her dating history with most of them ending up within a year or two. As per the media rumors, she has been seen dating seven boyfriends in the past.

You may also like: Disney Channel actress Sierra McCormick is already 18 and don't have a boyfriend or an affair

Back in 2005, there was a big rumor of AJ dating one of the members from"The Jonas Brothers"  Joe Jonas. The audience looked at them as a cute couple but they parted ways in 2006. 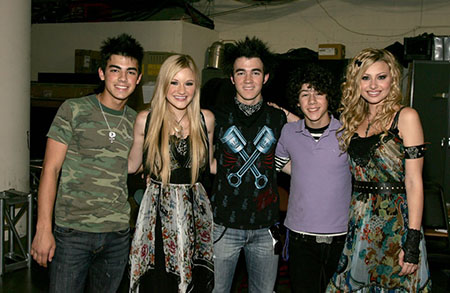 Joe Jonas And AJ Michalka On The Left

She found her love in Ryan Sheckler in 2008 but didn't last long. In the same year, she dated Bennet Heimple and got separated in 2009.

With all the failed love, she again started dating an American artist Hunter Parrish and broke up within a year at 2010. She then briefly dated Ryan Blair and had a decent relationship with Harry Mead from 2011 to 2012 and parted ways in 2012.

In 2015, She was rumored to be in a long term relationship with Keenan Tracey and were even spotted kissing in Los Angelos during a photoshoot. The couple, however, didn't speak about their relationship but often confused their fans with their Insta post. 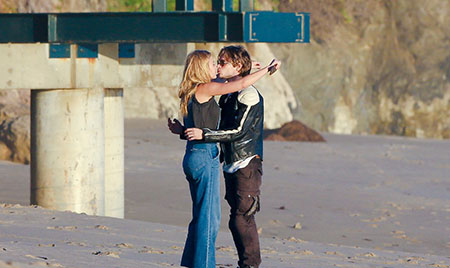 Aj Michalka And Keenan Tracey Kissing During A Photoshoot.

With Tracey, it looked like this might be the one stable relationship for her but it turned out another way and they broke up after a few years. 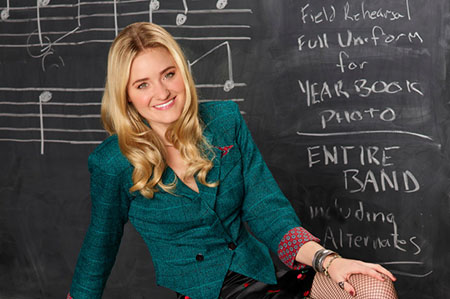