Home Article After Few Publicized Affairs, Actress Kristin Chenoweth Is In A Serious Relationship-Who Is Her Boyfriend? Reveals Her Plans To Adopt A Child

After Few Publicized Affairs, Actress Kristin Chenoweth Is In A Serious Relationship-Who Is Her Boyfriend? Reveals Her Plans To Adopt A Child 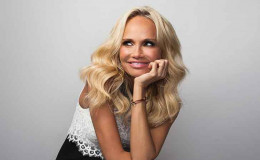 Not everybody sees the fascinating side of marriage. Some are reluctant to tie the knot and start a family. This is mostly observed in some Hollywood celebrities who would rather be fully engrossed in their professional lives. Kristin Chenoweth certainly prioritizes her career over her personal life.

Kristin Chenoweth certainly prioritizes her career over her personal life, but is she dating someone? How many past relationships has he had? When does she plan to start a family? Let's find out.

Is Kristin Chenoweth Currently In A Relationship?

When it comes to love and finding the right person, there's been a whole host of en in the singer's life, sadly none lasted over three years. She had been blaming her work and constantly switching from one place to another for the reason behind her relationship failing. 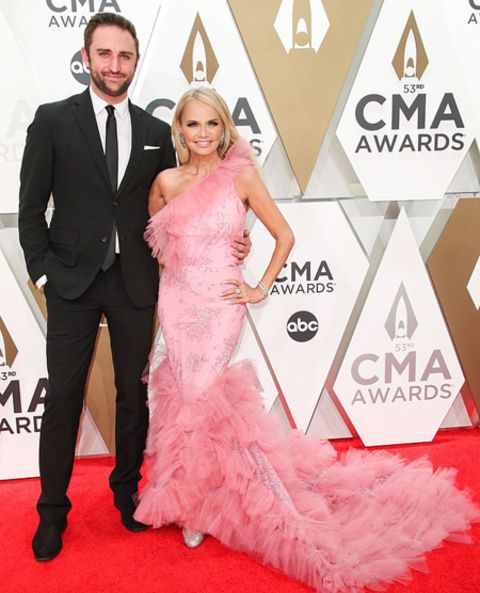 Kristin Chenoweth, "For The Girls" singer is currently in a romantic relationship with boyfriend Josh Bryant. She's been in a committed relationship with her beau for a year but right now they aren't in a rush to get married.

The blonde beauty always wanted a longterm relationship with a handsome man, but they should understand her way of life. Kristin isn't the one to settle down with a man in the suburbs and producing babies.

During an interview with Bustle, Kristin said if she wanted a baby, she would adopt one. According to Kristin, wanting the people's perception of a perfect life is not something she was desperately waiting for.

Kristin Chenoweth most recently ended up her relationship with a boyfriend named Andrew Pruett since mid-2019. She was romantically involved with this good-looking actor since April 2015. The couple initially met through a mutual friend. 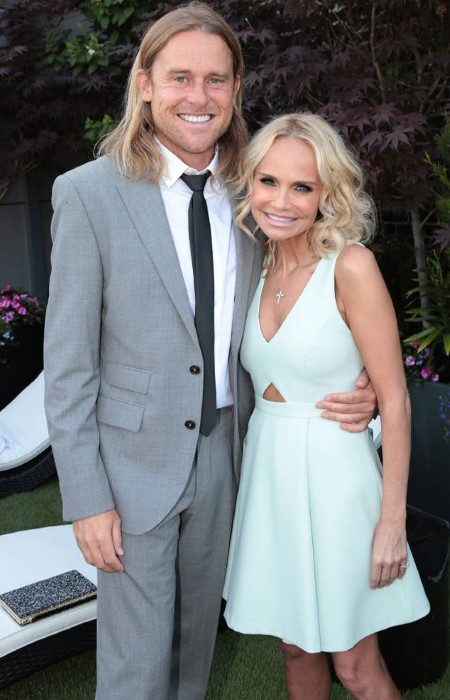 Chenoweth also appeared together with Andrew on her Social Life Magazine Party bash. The event was held at the Town’s penthouse at 53 Greene Street based in Manhattan.

Andrew worked for Apple Inc. for five years in Cupertino. During an interview with People, the Broadway actress was full of praise for her boyfriend. She notably called him a "good man".

Kristin Chenoweth harmonizes with a fire alarm at CONAN on TBS, Check out the video!

Although Kristin is never married, her partner Pruett was previously a married man. He was hitched to True Detective's Abigail Spencer with whom he shares 6 years old son named Roman Pruett.

Meanwhile, there are no rumors of any conflict between the pair and their relationship is still going very strong.

The talented actress Kristin Chenoweth has had a few past affairs prior to her current relationship. To be precise, she is known to have dated four other fellow actors.

Before getting together with Andrew, Chenoweth dated another single father, as well as two-time Oscar-nominated actor Dana Brunetti in 2013. However, the couple split merely a year later in 2014. 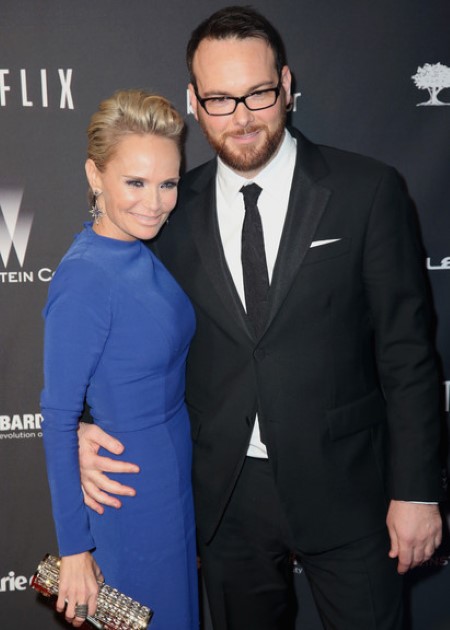 In 2015, Kristin took to Twitter to subtly diss her former boyfriend Dana after he lost at the 2015 Golden Globes. After The Affair defeated Brunetti's show House of Cards, Chenoweth tweeted, "So happy The Affair won tonight. #deserving love Ruth Wilson xo."

The tweet did not go unnoticed as the actor quoted the tweet and replied with 'Ha.' He certainly saw the funny side of it.

Before Brunetti, Kristin reportedly had a romantic affair with former Bachelor star Jake Pavelka whom she dated from 2012 to 2013. 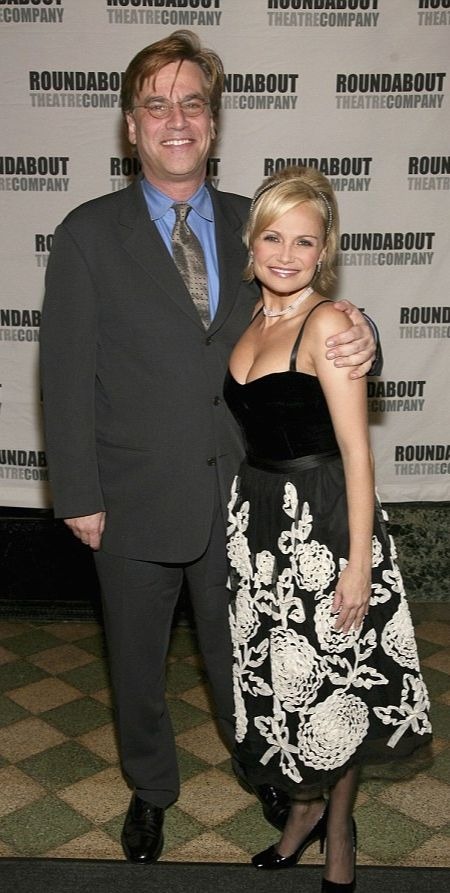 Kristin Chenoweth was in a relationship with Jake Pavelka
Source: Daily Mail

After their split, a source said:

"Kristin realized Jake had nothing going on in his life. The more she pulled away, the more clingy he became."

As per Kristen's friends, Jake was merely using her to gain further fame and enhance his career. Apparently, Kristen had enough of it and she dumped him.

Kristin Chenoweth On Her Plans To Adopt A Child

Kristin Chenoweth is not your normal actress. She claimed in 2016 that she gave up the idea of marriage and having a family so she could be fully focused on staying at the top of her profession. 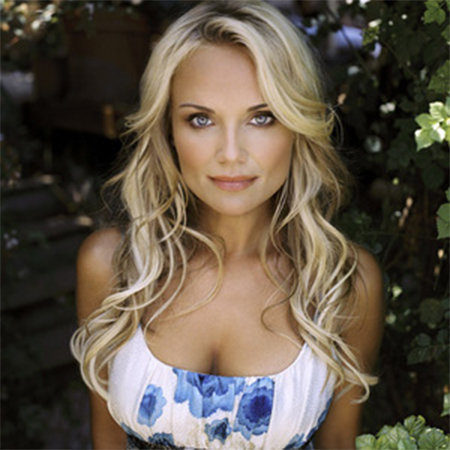 However, in 2017 the actress revealed her intentions to start a family. Speaking to Closer Weekly, Kristin said:

"I’ve sacrificed having a family and being married because, at the time, it didn’t seem possible. Now, of course, I’m ready for that time to come in my life."

Just one week after her birth in Broken Arrow, Oklahoma, Chenoweth was adopted by her parents. She wants to follow in the footsteps of her father and do the same for another child.

"I have many kids in my life that I take care of. In some ways, I feel like I’ve adopted them. I would probably adopt before I have my own."

It is unclear which 'kids in her life' she is talking about. Meanwhile, the beautiful actress wants to bring comfort to someone in need who may be going through a similar experience that she did.

Chenoweth continued, she wants to give peace and love to other adoptees and if anybody ever felt weird about it, she wants them to know that it's not actually weird but rather very special. 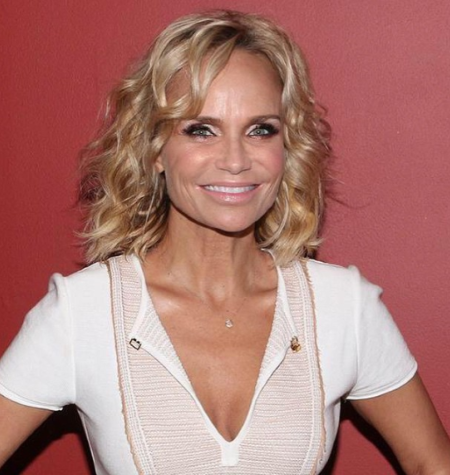