Home Article Jon Bernthal is Living Happily with his Wife Erin Angle,Know about their Married Life

Jon Bernthal is Living Happily with his Wife Erin Angle,Know about their Married Life 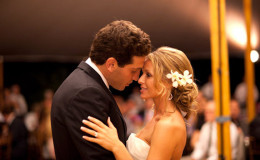 American web television series "The Punisher" that premiered on November 6, 2017, is receiving lots of positive feedbacks. The lead actor Jon Bernthal who portrayed the character of Frank Castle or Punisher is being praised for his outstanding performance in the series.

With his rising career on one side like starring in hit series like Daredevil, The Walking Dead, Mob City and so on, Bernthal's fans are curious to know all the details about him and know him up close and personal. "The Punisher" star is currently married to wife Erin Angle. Let's learn more about his married life and relationship.

Jon Bernthal is married to his wife Erin Angle. Angle is the niece of professional wrestler Kurt Angle.

The couple tied the knot back in September 2010. They exchanged vows in the high profile wedding ceremony held in Potomac, Maryland and ever since they are happily married! 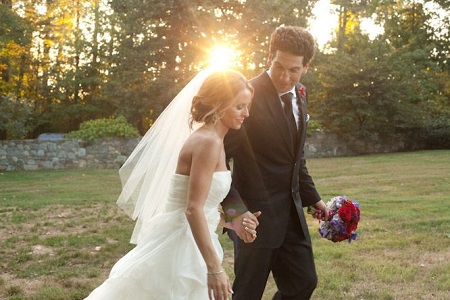 Jon Bernthal and Erin Angle on their wedding
Source: Pinterest

The actor hasn't disclosed many details about his wife and also she is not active in social media. Furthermore, the couple also rarely made any public appearance together.

He is 100% dedicated when it comes to his family life, wife and kids. It is often very difficult to balance family and work especially if you have long hours to go to the workplace.

When he's at work, he remains fully in it and while he's with family, he doesn't use the cell phone or do any sorts of work. Well, that's a secret for his happy life and successful career.

Bernthal is a family man and it seems like Bernthal and Angle love to spend time with their little kids.

The father of three usually features his lovely family on his Instagram on various occasions. He doesn't miss to express his love towards his kids and wife. Don't believe us? Check out the posts!

They also have additional members of the family, their pet dogs, Boss and Bam Bernthal. The pair is currently living seven years of blissful married life and resides in Los Angeles along with their three kids.

Everything in his family life was going on a perfect pact and he's achieving the best in his profession as well. As he was gearing up for a major role, his world seems to be crashing down.

Bernthal was about to perform in the Ryan Gosling-helmed drama First Man as Dave Scott but things happened just the opposite.

You May Like: The 'Walking Dead' star Steven Yeun and his wife Joana Pak welcomed a child; a baby boy to this world; A big congratulation to the couple

His daughter Adeline, now 3½, has an unexpected seizure and entered a coma. This led Bernthal to quit the Neil Armstrong-centered movie.

"People talk about bravery like fake macho bravery, but my wife didn’t flinch. What I saw in my wife was courage and beauty unlike I’d ever seen."

Adeline who woke up three days later after coma didn't recognize her loved ones. She had the serious health issue because of encephalitis. 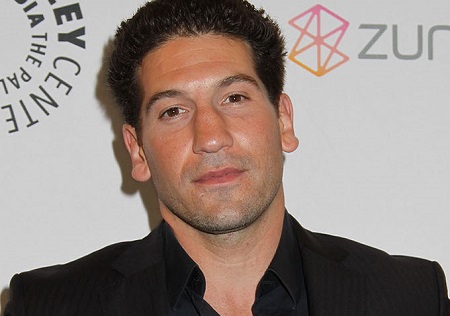 Keep following our page for more recent news and updates!!