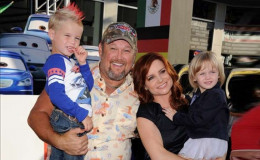 If there's one guy who's managed to successfully merchandise his blue-collar-based humor and transform himself as one of the top-notch comedians in the industry, it's Larry the Cable Guy! The name sure ring bells for all of us!

The father of two, Larry whose real name is Daniel Whitney married his longtime love Cara Whitney in 2005 in Nebraska and the pair is living a blissful life now though they had some issues in past. Let's dig into further details about him right here on MarriedWiki.

Dan Whitney aka Larry the Cable Guy, 56, met his wife Cara Whitney in Los Angeles back in 2004. Larry was still struggling to make a name in the industry.

The pair was head over heels after their first encounter and soon started dating. The two married in a private ceremony on 3 July 2005 in the Nebraska field. 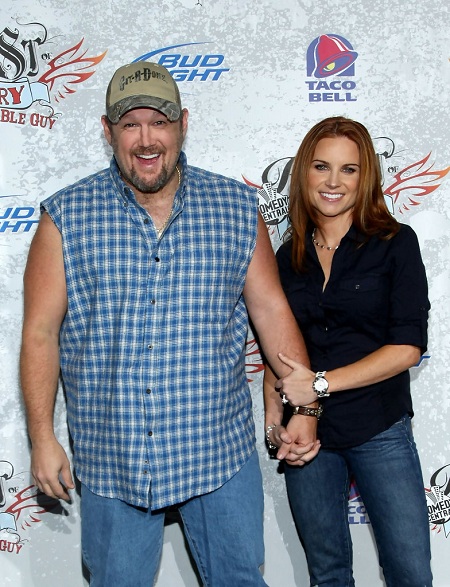 Larry and his wife Cara Whitney together an event.
Source: Zimbio

"Our whole wedding cost 180 bucks. Afterward, we re-heated lasagna for everyone and set off fireworks. [Cara]’s a bonafide, grade-A cowgirl. And she’s funnier than I am!"

They have two kids, Regan Whitney, and Waytt Whitney. Wyatt, who was born in August 2006 was diagnosed with hip dysplasia when he was just a few days old.

"When I’d go to ask questions, the doctor just didn’t have the answers, I was like, ‘This is crazy. For something that’s so common, how come nobody has any answers for it?’"

They finally came to know that it was the most common abnormality in newborns affecting one out of 20 infants. 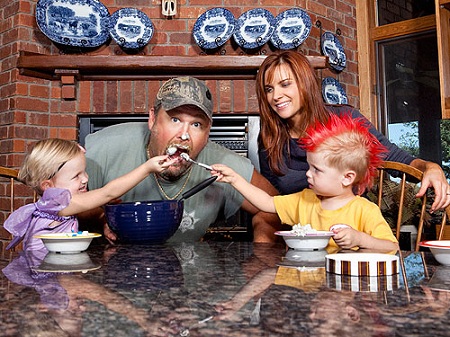 Witless Protection star and his spouse, Cara Whitney are united as a life partner for over fourteen years now. The family of five lives a blissful life in Nebraska, United States.

Daniel Lawrence Whitney; the Story Behind His Stage Name 'Larry the Cable Guy'
Though Daniel started his career in radio as a local host, he gained wide recognition being a stand-up comedian. The journey of his transformation, however, isn't as easy as we think.

At first, he performed stand-up under his real name but he couldn't draw the attention of the audiences.

Though they faced several issues, the family of four is inseparable and we hope to see them like this in further days to come. The family is strong together as a rock and is having a fun ride living together.

Daniel Lawrence Whitney; the Story Behind His Stage Name 'Larry the Cable Guy'

Though Daniel started his career in radio as a local host, he gained wide recognition being a stand-up comedian. The journey of his transformation, however, isn't as easy as we think.

At first, he performed stand-up under his real name but he couldn't draw the attention of the audiences. The family of five lives a blissful life in Nebraska, United States. 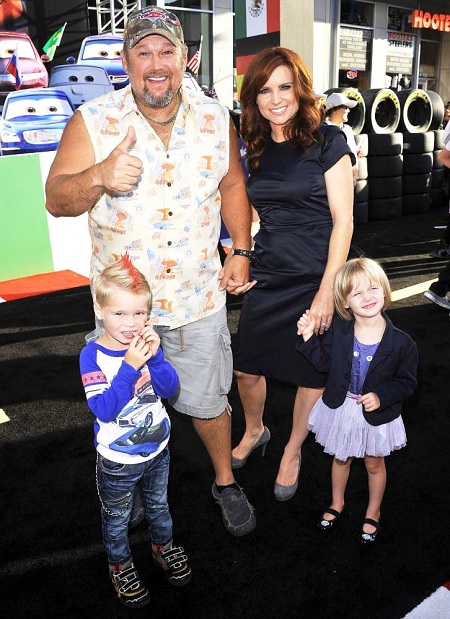 Larry with his family at the Los Angeles Premiere of Cars 2-Arrivals.
Source: WENN

Recalling his struggling phase he shared his experience in an interview. He said,

'They called me “The Freight Train of Comedy.” I was a one-liner guy. I would go up and in two minutes hammer out 15 jokes. As soon as I finished the punchline I was onto something else while they were still laughing. People would say, “Holy crap, what was that?” and someone would say, “That was a freight train coming through."'

After a long struggle and portraying the character of the Cable Guy character, he made a big impact on his fans and media.

Discover; Comedian Trevor Noah is madly in love with his girlfriend Jordyn Taylor. Know their affairs and relationship

His first two comedy albums, Lord, I Apologize (2001) and The Right to Bear Arms (2005) was certified with gold by the RIAA. 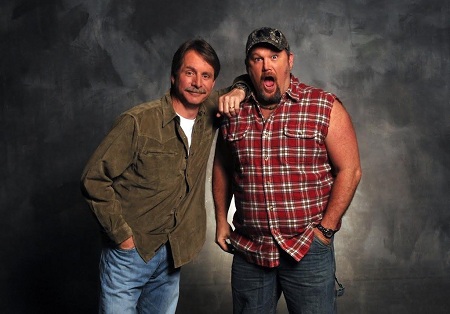 Later, he released his third album, Morning Constitutions in 2007.

The star came up with a new series premiered on 8 February 2011 Only in America with Larry the Cable Guy on the History Channel.

Jeff Foxworthy and Larry recently worked together with their latest collaborative album 'We've Been Thinking' which is now available on Amazon.

Taking about his amazing journey, he said,

"I’ve been doing this for 30 years. It’s been an awesome career and I’ve got a great fan base. My main focus was always my act, but my main focus now is my family and being a good dad, trying to raise some good kids. Every now and then I get to go out, but I get to come home."

"We just finished We’ve Been Thinking, and now that I’m done with the tour I’m going to kick back a little bit. I’ll start writing a new act here in the next few weeks and start going up onstage and trying five minutes, ten minutes, fifteen minutes. But my priorities are a lot different than people who are just starting their career or people who are in the middle of their career. I’m at the tail end of mine."

Though the star signal that he would be out of the market, wish to see him in more projects in the following days.

In September 2010 he donated $5 million to the Arnold Palmer Hospital for Children situated in Orlando, Florida.

Some Interesting Facts of Larry the Cable Guy 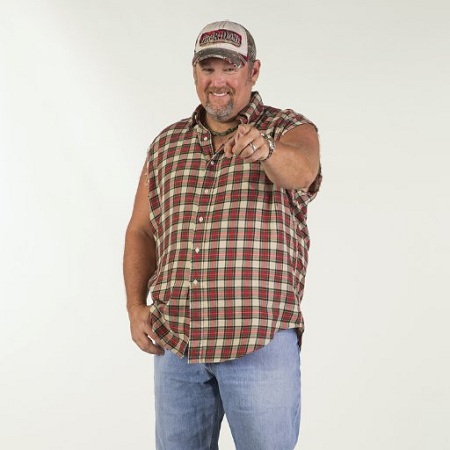