Home Article Leah Remini, The Rising Actress And Mother of One Child Living Happily With Husband Angelo Pagan; Details About Their Married Life

Leah Remini, The Rising Actress And Mother of One Child Living Happily With Husband Angelo Pagan; Details About Their Married Life 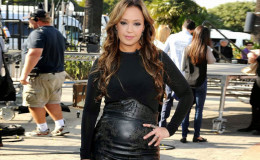 While some celebs in Hollywood tend to keep their personal life under the radar, Leah Remini is quite open about her married life. She tied the knot to Angelo Pagan back in 2003.

While some celebs in Hollywood tend to keep their personal life under the radar, Leah Remini is quite open about her married life. She tied the knot to husband Angelo Pagan back in 2003.

Leah Remini, 47 and Angelo Pagan, 49 are living a blessed life together. Remini met her future husband first the first time at a Cuban club and a restaurant in Hollywood called EL Floridita in the year 1996. No doubt, the couple soon fell for each other.

Pagan's performed in clubs with his band, Salsa Caliente and released his solo album 'No Tengas Meio'. 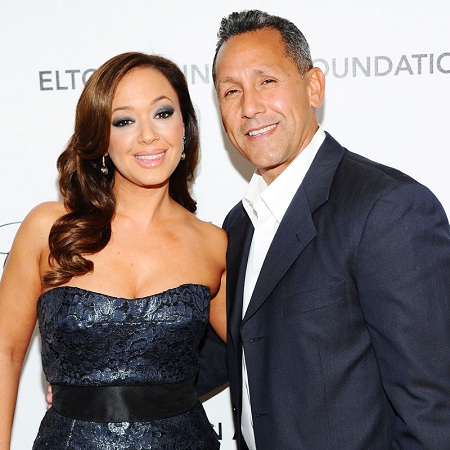 Leah Remini with her husband Angelo Pagan
Source: US Weekly

The lovely couple took as long as seven years knowing each other before finally exchanging vows on July 19, 2003, in front of 125 guests at the Four Seasons Hotel in Las Vegas.

The couple welcomed their first child, a daughter, Sofia Bella Pagan a year later they married. 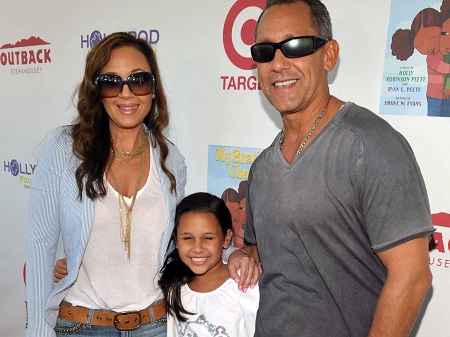 Though they seemed very happy in their conjugal life, Remini penned a book, Troublemaker: Surviving Hollywood and Scientology, where she made some shocking revelations about her mother and husband.

"I am selfish and self-centered… My husband is a serial cheater and my mother was a s**t."

Joy Behar, the co-host of The View read the above words from an excerpt of the actress' new book that gained wide attention in the media.

Our holiday spirit is still alive! my sweet hubby @therealangelopagan

Remini didn't go in-depth about Pagan's supposed affairs but it's long been rumored that he was in a relationship with another woman when they first met.

Moreover, when she was asked about calling her mother a 'slut', she clarified,

It seems the two have reportedly settled all the disputes. Not only Remini, her husband often posts lovely images of the pair on social media.

Leah Remini; Besides Her Acting Career

Remini was previously the co-host on a CBS talk show, The Talk aired on 18 October 2010.

Julie Chen, Sara Gilbert, Sharon Osbourne and Holly Robinson Peete were her co-hosts in the show.

Hey guys, just launched my very own line of sweatshirts! You can get them here for a limited time: represent.com/leahremini. #Don'tBeCulty. LINK IS IN MY BIO! A percentage of the proceeds will go to various charities that benefit victims of cults #ThinkForYourself

From the age of nine, she was the member of the Church of Scientology. After leaving the organization in 2013, she released her memoir Troublemaker Surviving Hollywood and Scientology released on 3rd November 2015.

She followed up her memoir relating her experience with Scientology with a new memoir including an Emmy Award-winning documentary series on the A&E network, Leah Remini: Scientology and the Aftermath.

The gorgeous diva is currently starring in Kevin Can Wait first released on 19 September 2016. 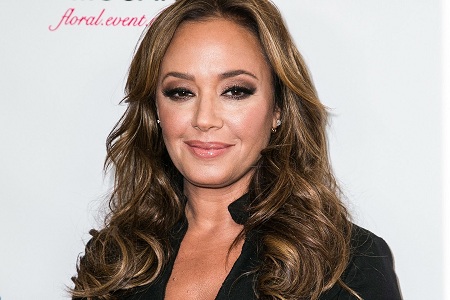