List of Seven Male celebrities with the controversial Sexual Orientation; From Vin Diesel to Jeremy Renner

List of Seven Male celebrities with the controversial Sexual Orientation; From Vin Diesel to Jeremy Renner; Find out more in this section regarding the actor's sexuality

These days being gay isn't considered a taboo. We've seen numerous examples of celebrities coming out as gay in the past few years. But then there are some celebrities who still hasn't cleared up anything about their sexuality.

These celebrities never confirmed their sexuality in the public but remain under the spotlight as no one knows whether they are truly gay or straight. You will be quite surprised to know that many of the celebrities in today's list are in a marital relationship along with children.

Many of you might still recall more than a decade ago, being gay was still considered as a taboo. Even though many parts around the globe are still growing up from the old tradition, countries like the United States have risen above the taboo.

Today we are going to talk about seven male Hollywood celebrities who are nor accepting they are gay and nor denying which has caused all sorts of confusion as to what to call them, gay or straight.

The talented and award-winning singer, Bruno Mars made the internet and the social media went into a meltdown when news started flying in that he came out as gay. Though initially the news was taken positively by his fans, later when he denied the news it caused a lot of controversies. 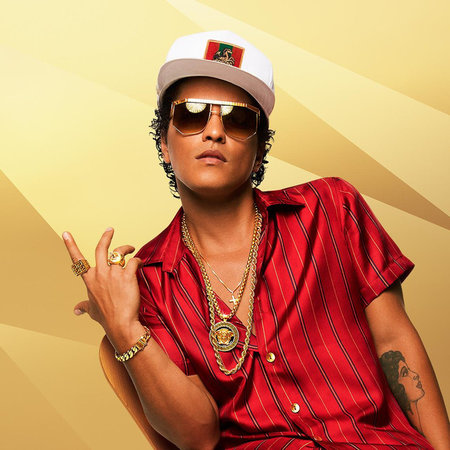 What happened was that CNN's iReport blog quoted him saying,

“The timing is bad. I hadn’t realised it was April Fool’s Day, but it’s been pointed out to me, and I don’t want to go too public with this.”

As we all know Bruno was already a subject of a lot of speculations regarding his sexuality and when the news came, it became one of the trending news all around the globe. But then Bruno's representative ordered CNN to take down the news as it was all false.

The singer is in a relationship with Jessica Caban since 2012 but that is still not enough evidence to silent all the gay websites.

Multiple gay websites still claim the singer is gay and in the past few years we haven't come across any activities in his dating life so who knows, maybe the speculations are true or maybe not?

The actor won numerous awards for his work in the movie series, Lord of the Rings. Because of his wide fame, many sources claim he is single because he doesn't like dating women as he is gay. 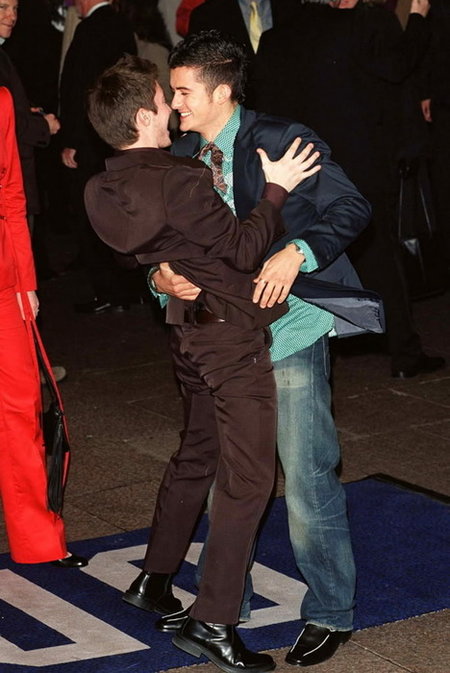 Elijah Woods and actor Orlando Bloom dancing together, The photo started the rumor of him being gay,
Source: Pinterest

In an interview, he revealed how he searches himself on the internet and see doctored photos of him in compromising positions with men. He added,

"There’s one that’s called elijahwoodisveryverygay, which is actually a personal favorite of mine, it’s absolutely hilarious.”

“It’s this kind of joke Web site that maintains that they have proof that I am very, very gay in various photographs — photographic evidence (of me) holding hands with a male.”

But the biggest confusion comes when the actor laughs at all these vague talks about his sexual orientation but then when asked to clear the confusion, he never adds anything.

Marvel Avengers and Bourne star, Jeremy Renner came under light for his sexuality back in 2012. Many media outlets stated the actor might possibly be gay. The actor didn't take the allegations lightly as Elijah did. 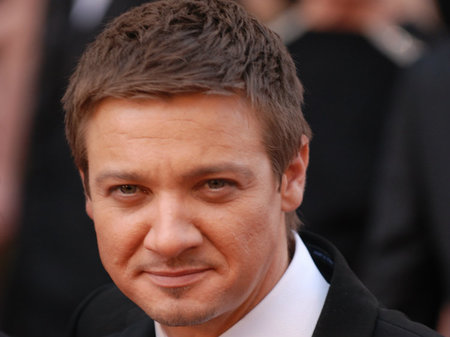 Jeremy Renner didn't clear up his gay rumor but rather blasted people to not bother with his personal life
Source: Out Magazine

During an interview with the Hollywood Reporter, he gave a blunt answer and said,

“How about I go peek in your window, take what underwear you wore last night, whose husband you were f**king, and shove that in the megaphone throughout your neighborhood? How does that feel?”

Well, the reporter wasn't expecting that. Then later in 2014, he tied the knot with Sonni Pacheco. After a mere 1-year, the couple decided to go their separate ways. They share one child between them, Ava.

Jeremy as angry he may sound whenever question regarding his sexuality is raised, never stated directly that he is not gay. In the majority of his interviews, the actor said not to interfere with his personal life, nothing more.

In 2015, he addressed his gay rumors and said people should respect other's sexuality and not shame or judge them.

As surprising it may sound but the actor who is the epitome of masculinity from his role as Wolverine in the hit movie series, X-Men. Back in 2013, Hugh Jackman also faced rumors regarding his sexuality. 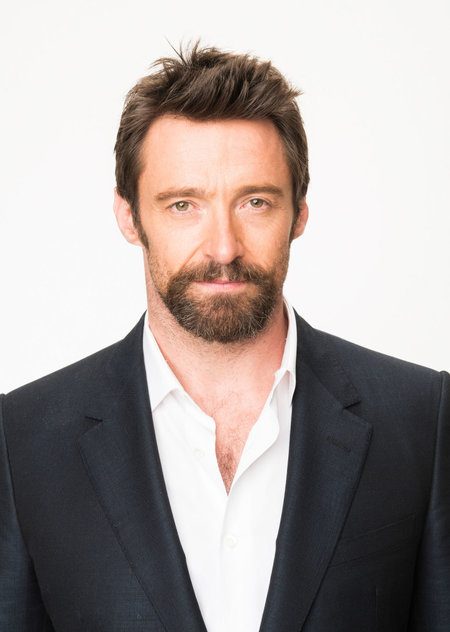 The actor stated in an interview, how frustrating it has been for him and his wife, Deborra-Lee Furness. The actor said he is deeply affected by the rumors and on top of that his wife of 16-years took the full force of the rumors.

"Just recently, it bugs her."

Jackman said it that it is affecting his marriage life. He also divulged,

The actor didn't clear up the rumor though so he still hanged his fans in a thread.

Joseph Gordon-Levitt is famous for his roles in award-winning movies such as 500 Days of Summer, Inception, Snowden, etc. The actor keeps a low-profile when it comes to revealing anything regarding his personal life. 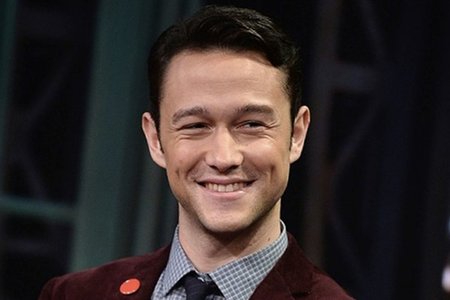 Joseph Gordon didn't answer the question regarding his sexuality as he said if he clarifies the accusers wins
Source: The Verge

He is married to his wife Tasha McCauley since 2014 and the pair shares two children between them. But it isn't as simple as that because many sources claim he is gay. In 2013 when the rumor of him being gay surfaced it didn't shake Joseph as many of us were expecting.

In an interview with the E-online, he stated,

"That would be really tacky—they would win if I had to clarify."

He played smartly at that time but the confusion still remains whether the actor is straight or gay. 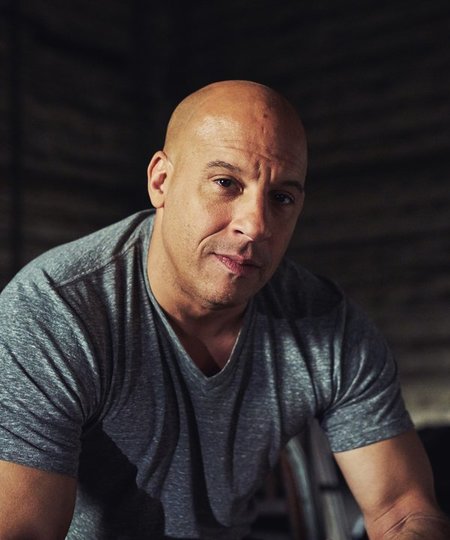 Vin Diesel was also rumored to be gay during the early 2000s
Source: The New York Times

His sexuality is the topic of discussion from time and time again. The actor never talked regarding his sexual orientation in the public before which implies he doesn't like speaking on the topic.

Though he did invent a new sexuality called carsexual. A type of sexuality in which you are attracted towards cars. Well, the big question still remains whether he is attracted only to women or bisexual.

Since 2007, he is in a relationship with Paloma Jiménez and they share three children, Hania Riley Sinclair, Vincent Sinclair, and Pauline Sinclair.

Well, we saved the best for last. We're sure many of you are quite shocked after seeing James Franco's name on the list. Not much surprising to be honest as the actor himself stated in an interview, he doesn't care if people call him gay.

He became the cover model of FourTwoNine magazine and during an interview session with E! online he divulged many secrets regarding his sexuality. He interviewed himself, you can say, straight James interview gay James. 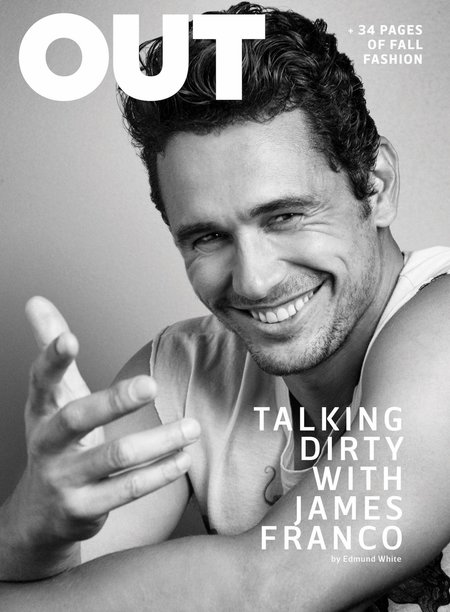 For which the gay James answered,

"I like to think that I'm gay in my art and straight in my life. Although, I'm also gay in my life up to the point of intercourse, and then you could say I'm straight. So I guess it depends on how you define gay."

He said if we consider a person's sexuality by the gender of his sexual partners then he is straight. He gave examples of sailors and said that back in the 20s or 30s, sailors would have sex with guys but they were still considered straight.

The actor, in the end, divulged he doesn't care about what people think about his sexual orientation as long as he is comfortable.

This is the most famous and controversial sexuality of big stars. Were you surprised by some names on the list? Do let us know in the section below.