Home Article A new hope, happiness, and dreams for the adorable couple Marion Cotillard and Guillaume Canet as they welcomed their second child; a daughter to this world

A new hope, happiness, and dreams for the adorable couple Marion Cotillard and Guillaume Canet as they welcomed their second child; a daughter to this world 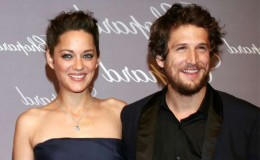 Marion Cotillard welcomed her second child with her boyfriend Guillaume Canet. The couple also has a son together and as per rumors they might get married soon.

Marion Cotillard has become a mother the second time in a row. Her boyfriend Guillaume Canet is really lucky to have Marion as his soul mate for life.

This is the second child among them as they have been previously blessed with a son back in 2011. Now their cute little family of three has become a family of four. Let's find out more about the news.

March 17, 2017, was just like a regular day but suddenly an unexpected guest came knocking in the lives of Marion and Guillaume. It was none other than their own daughter. She was the harbinger of happiness for the couple as well as for all the fans out there.

It was none other than their own daughter. She was the harbinger of happiness for the couple as well as for all the fans out there. 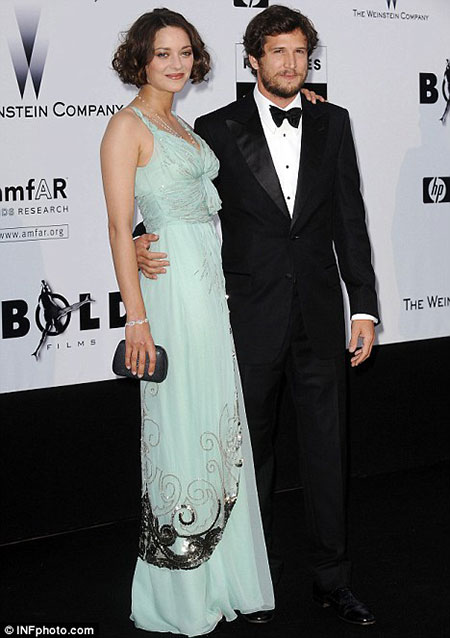 Marion and Guillaume in a Movie Premier, Source: Daily Mail

Marion brings forth the new life form in this world around afternoon and as soon as the representative close to the couple announced the news to the world, it was the most talked about topic at that time.

Although the couple is yet to comment on it, but we know how happy both of them are as their family just got a new member.

The name of their daughter is not yet revealed by the couple. 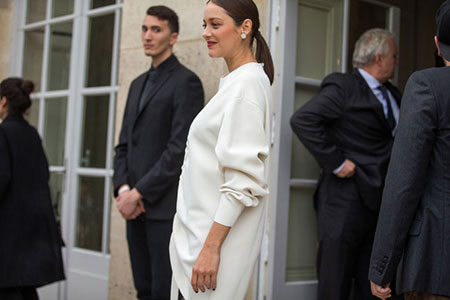 Judging by the amount of talent that runs in their family we can hope that their daughter will one day become a star just like her parents.

Her mother Marion rose to fame after winning an Oscar for her role as Édith Piaf in 2007 movie La Vie en Rose.

Her father is also a big time French actor and he has also won numerous awards in his entire career.

The couple already has a son named Marcel Canet, born May 19, 2011. It seems that Marcel is going to have fun playing with his little sister.

Announcement of Pregnancy Amid Rumors

In 2016, Marion was accused of having an affair with her Allied co-star Brad Pitt.

At that time, Brad and Angelina Jolie's relationship shook the entire world after the once called ideal couple got divorced in 2016. 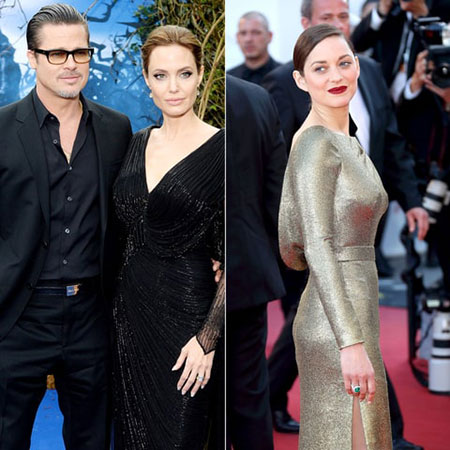 Angelina and Brad-Split because of Marion? Source: USA Magazine

Despite getting yanked between the controversial split of Brangelina, she announced her pregnancy and she also addressed all the rumor about her relationship.

She posted an image on her Instagram account and captioned a very big message on the image.

Her boyfriend was enraged with the media as they were spreading the false rumor and he even lashed out at them via an Instagram post.

Guillaume who do not get himself involved with all the controversies had to say something about the news.

‘I do not usually comment on rumors made up about us … I do not usually talk about my private life, which until now I have always carefully protected … But the fury of the tabloids, the venal stupidity of some people calling themselves journalists, the hatred of some users feeling stronger behind a keyboard, push me to speak of the pride, the love, respect and admiration I have for Marion, for staying so strong and intelligent in the face all these stupid and unfounded accusations.

‘I think we’re all living with much more important things at the moment and now it is time to move on and raise the bar a bit.

‘Even if that is a lot of work for some people, I want to be positive. And as Marion said, I hope you become better and aspire to something else in your life other than constantly coming out with shit!’

He posted a big message in his native language French, but we have translated it for you so read on above. It really showed how much trust he has in his girlfriend and he is even willing to take on the world for her.

The couple first met in 2003 while they worked together in the movie Love Me If You Dare. They started going out in 2007. 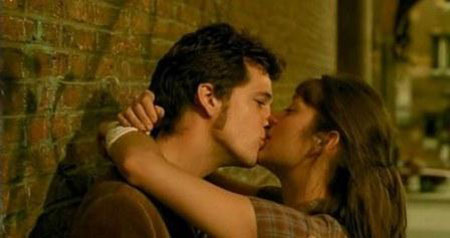 Marion and Guillaume-Love me if you Dare, Source: Unsung Films

Their relationship has become one of the ideal relationships in the world as they love each other so much and there is no news of problem between them.

The sheer amount of support that her husband gave her during the Brangelina incident really proved his love to his girlfriend.

The adorable couple is going to star together in the upcoming movie Rock ‘n’ Roll.

For the movie, she has transformed herself into something different and she uploaded a series of photos of herself.

In the photos, she is almost irrecognisable and many of her fans are very eager to see the movie that she has put in so much effort.

Well, the couple is currently very happy after the birth of their daughter and we really hope that they will reveal her name to all fans out there.