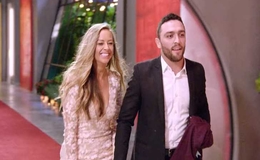 Mark Cuevas from Love Is Blind being emotionally available has nothing to do with being a red flag. Period. Maybe it was Jessica Batten's loss. But, maybe there's more to dig in that Netflix didn't show.

Our heart still breaks at the sight of Mark Cuevas crying at the wedding venue after being dumped by former fiancee Jessica Batten. But, our heart also smiles at the rejection that saved both of their lives from being ruined. Mark was ready to move mountains for Jessica. But, sadly, the only issue was he fell head over heels in love with the wrong person.

As the viewers watched Love Is blind, a reality dating show where contestants intend to find their soulmate without ever facing them and builds a bond based on their emotional attachment, Mark Cuevas, from the beginning, had an emotional connection with only one woman among all the ladies he interacted inside the pod, and it was Jessica Batten. 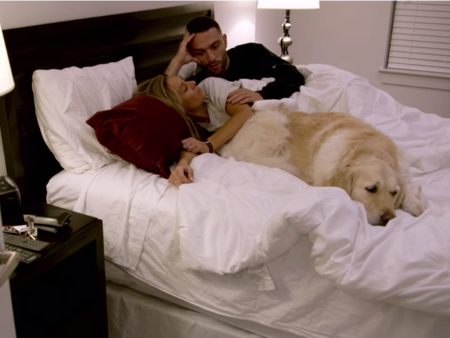 Poor Mark, what he didn't know was the fact that the woman he had been crushing over the moon had confused feelings between two men. Long story short, Miss Batten liked another man, fellow contestant Matt Barnett who ironically liked another woman, Amber Pike. Jeez, the love triangle!

But Jessica should be applauded for her honesty and clearing out the misunderstanding with Mark that she doesn't love him. Karma is a b*tch, though. Jessica then rejects Mark only to be ultimately rejected by Matt who proposes Pike. What happens next? It's sort of embarrassing and unfair to Mark that Jessica runs back to him who later accepts her. The show also co-starring Cameron Hamilton, Lauren Speed, Damian Powers, and Giannina Gibelli is honestly super crazy.

Good for Jessica, the fitness pro who bags an impressive wealth forgives her and becomes ready to start everything all over again. Maybe love is indeed blind! And, from everything we watched, the fans never held back from crucifying Jessica for playing with Mark's feelings when she was still clearly in love with another lady's man. 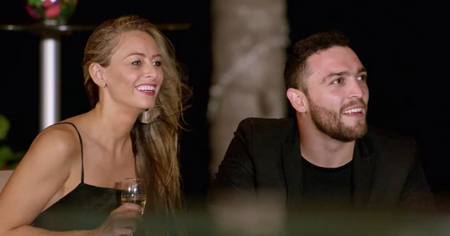 Not to mention, how she still tried to flirt with Matt on their romantic vacation to Mexico. Surprisingly, she even called it a red flag for Mark being too emotionally available. On top of it all, Jessica who is obsessed with their age difference of ten years even moans over Mark's height? We mean he is taller than her?

When Jessica Complained Mark Cuevas Height; Behind The Drama

Jessica is really the one to say a word when she should have been thankful for Mark. Like we mentioned, Batten once also complained over Cuevas height for being short. And, this brought a lot of curiosity among Love Is Blind's fans over the Atlanta native's body measurement. 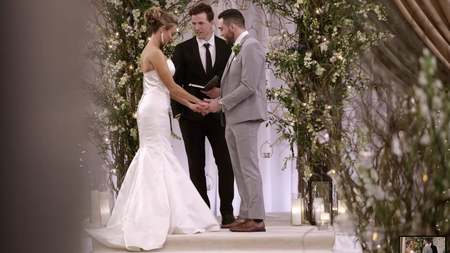 Mark Cuevas and Jessica Batten at the altar where they couldn't get married. SOURCE: Pop Sugar

Well, Mark Cuevas who flaunts hot abs stands at a height of five feet nine inches. But, since the other men in the show were apparently taller, Mark comparatively looked shorter. And, moving the attention from Mark's height, there's also more to the drama that Netflix didn't like their viewers to find out. 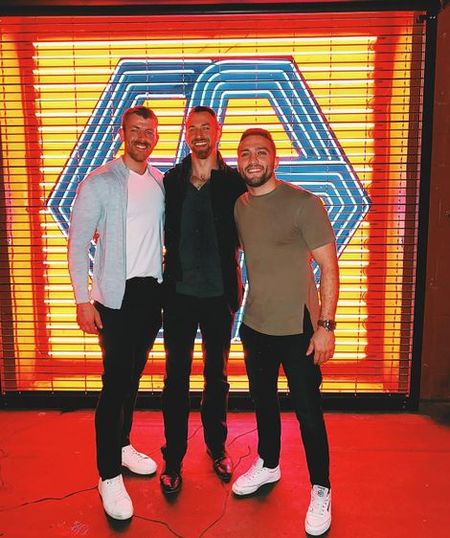 Apparently, after facing rejection from Matt, it's been reported that Jessica wanted to pack up and leave the show behind and go back home. Netflix didn't allow her to. She was, however, allowed to quit Love Is Blind on only one condition - if she pays the price of $500,000. If this is true then, it explains everything.

Remember how Jessica tried to get closer to Matt at the party whilst her fiance was just a few meters away and even met him secretly a few days before her wedding? And, when she entered the altar solo by herself with no bridesmaids, we should have known things were about to go down. Poor Mark, the inevitable happened. She dumped him in front of everyone. Mark and Jessica couldn't get married.

Fast forward today, nearly two years since Love Is Blind wrapped up, Mark and Jessica never met each other till the Love Is Blind reunion happened, as the personal trainer claimed in an interview with TMZ. It also seems as he is currently single. However, as for Jessica, she moved on but didn't date anyone for a long time.