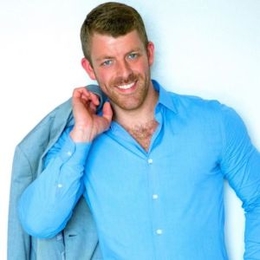 With the recently released Netflix reality show Love Is Blind, many of its contestants became overnight celebrities. One such person is Damian Powers, who is a market and operational manager in one of America's largest on-site food and beverage service provider, Five Star Food Service.

Who is Damian Powers's Partner?

Damian Powers is in an intimate relationship with his girlfriend Giannina Gibelli. The pair first met on Netflix "Love Is Blind," where they were two of thirty contestants who participated in the show.

If you have not watched the series yet, then you might be intrigued to learn more on the duo's romantic love journey in the show. In the short period of their meeting, their relationship has been through a lot of emotional drama. 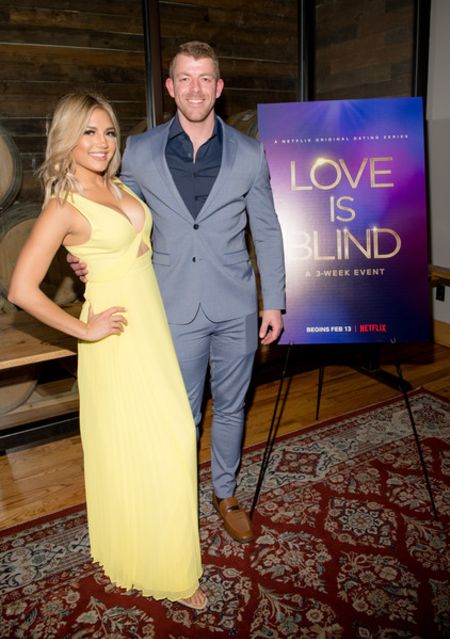 As per the theme of the series, contestants become engaged without even fully knowing about each other, and the same was for Damian and Giannina. After a few days of getting to know one another, both the man and woman are asked the big question, "Are you ready to commit to an everlasting bond?"

At the end of the show, only a few couples get married while the rest end up parting ways which basically answers the theme of the show, Is love blind?

So what happened in Damian and Giannina's case? The outcome surprised many viewers, including the people present in the show.

Despite never showing real effort in her love with Powers, Giannina revealed her desire to marry him at the end of the episode.

Asked if she wanted to spend her life with him during the vows exchanging ceremony, the lady said: "I do." However, when the same question was asked to Damian, in a dramatic movie-like scene, the market manager said: "I do not." 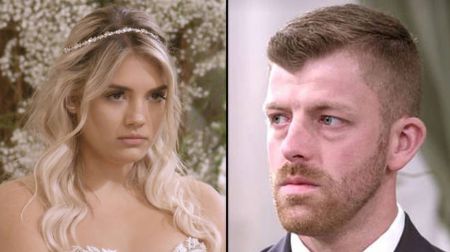 After hearing those words from Powers, Gibelli was shocked, angry, and teary. Right on his face, she said, "how dare you" and ran out of the wedding altar sobbing.

After all of that, you would imagine it was the end of their relationship, but the answer is no, it's not. Just a few days after the incident, Giannina and Damian got back together.

In an interview with Entertainment Tonight, both Damian and Giannina were present, and they looked like they were getting along pretty well. Moreover, Giannina said she now understood what made her partner say what he said and how the marriage put pressure on both of them. Well, all is well that ends well! Hopefully, the former fiance and fiancee's relationship, henceforth, remains less chaotic and dramatic than seen in the show!

Damian Powers has a net worth of $1 million from his job in various managerial fields and, most recently, as an actor.

As everyone knows, he rose to fame from his appearance in "Love Is Blind." Besides he and his beau, other contestants include Cameron Hamilton, Lauren Speed, Diamond Jack, Carlton Morton, Kenny Barnes, Kelly Chase, Mark Cuevas, Carlton Morton, Diamond Jack, Matt Barnett, Amber Pike, and Jessica Batten. The ten-episode series released in Netflix from 2020 February 13 to February 27.

Check out the trailer of dating reality television series "Love Is Blind"!

Before making his television debut in "Love Is Blind", the actor worked in various other fields. As per his Linkedin profile, Powers has the experience of working in various high positions of American food and beverage service company, Five Star Food Service, Inc., located in Atlanta, Georgia, for many years. At present, he is working as a marketing manager. Pretty impressive resume if you are applying for reality television.

For more celebrity Biography and News, be sure to visit Married Wiki!!