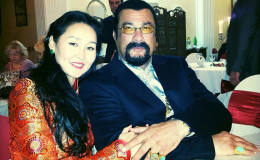 Erdenetuya Seagal a Mongolian beauty is living a happy life with her husband; a martial artist and producer Steven Seagal. Serving as an assistant to him for five years, she won the heart of the Above the Law star and they ended up getting married.

Despite a number of sexual allegation issues against Steven Seagal, the couple is living together blessed with a son. Let's get details about their relationship and personal life in today's session.

Erdenetuya Seagal is a married woman. She tied the knot with her long-term boyfriend Steven Seagal in 2009.

The duo first met in Outer Mongolia in 2002, when Steven was trying to direct a movie on Genghis Khan. At that time Steven was struggling to raise money in order to finance the movie. 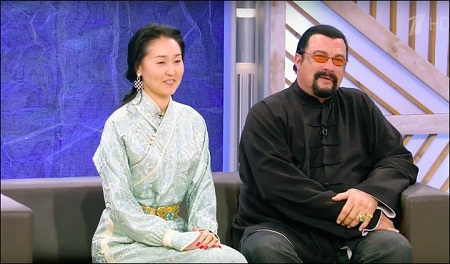 It was the then when Erdenetuya served Seagal as an assistant for five years. Steven is now best known for his age-defying martial arts and action movies. 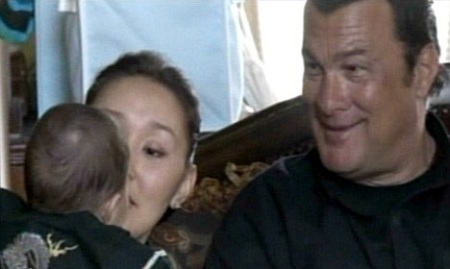 The duo is a proud parent of one son named, Kunzang Seagal born on 17 September 2009. Her husband also shares seven children from his past relationships and marriages.

During an interview with Daily Mail Steven said,

"I have six children and I love all my kids more than anything in the world. Kunzang is the latest edition and he's the light of my life. He's getting big and strong."

Steven was involved in a $1 million sexual harassment lawsuit by his former assistant Kayden Nguyen in 2010. 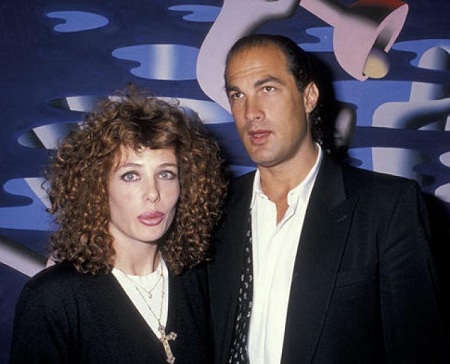 As per the reports Nguyen stated that the actor asked her:

'Are you sure you wouldn’t mind helping my wife around the house if she asked you to do something?'

The next, she further addressed that Seagal said,

'I’m a family man, and I live with my wife, but she wouldn’t care if you were my lover.'

'My wife wouldn’t mind if you and I had a sexual relationship.'

Well, Seagal's ex-wife Kelly LeBrock also recalled her days when she was living with the star. She said,

"I was constantly raped and abused my whole life."

The former couple was married from 1987 to 1996. Their four kids together; all of them live with their mother in Santa Barbara County. 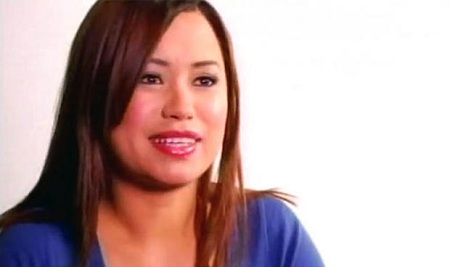 Kayden Nguyen once worked as an assistant of Steven Seagal.
Source: CBS News

Moreover, Warner Bros. employees Christine Keeve, Nicole Selinger, and Raenne Malone accused Seagal of sexual harassment back in May 1991. As the court settlement, Malone and another woman received $50,000 each.

The same type of incident occurred years later. American actress Jenny McCarthy claimed that Seagal asked her to undress during an audition of Under Siege 2.

Most recently, actress Rachel Grant accused Seagal of the sexual assault on 15 January 2018. She claimed that she lost her job back in 2002 because of the same incident during pre-production on his direct-to-video movie, Out for a Kill.

In March 2018, Regina Simons publicly stated that she was brutally raped by the star back in 1993 when she was just 18 years of age. Back in February 2018, the Los Angeles County mentioned that it was reviewing some of the crucial sex abuse case relating Seagal.

Despite the sexual allegations, he's still living a happy life with his current wife and kids. 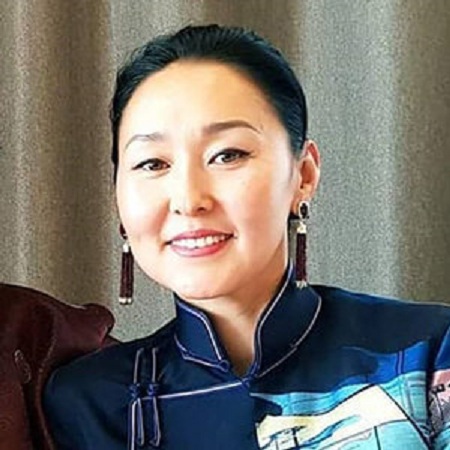