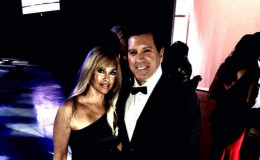 Eric Bolling is very happy in his conjugal life with wife Adrienne Bolling. The couple has spent 20 years together and they are still having wonderful married life together.

Eric Bolling is a popular American TV Personality, and former co-host of the Fox News Network's show The Five along with famous hosts Eboni Williams and Katherine Timpf.

As Eric has achieved immense success in his life, his fans and media are enthusiastic and curious regarding his personal life. What is his relationship status? Is he married or still single. The answer to that question would be Eric is a married man.

Eric wedded his longtime girlfriend Adrienne on 4th October 1997, and the couple has been successful in maintaining their blissful life for 20 years.

Eric has made perfect balance in his personal as well as professional life, and there is no chance of split or extra affairs between the couple. 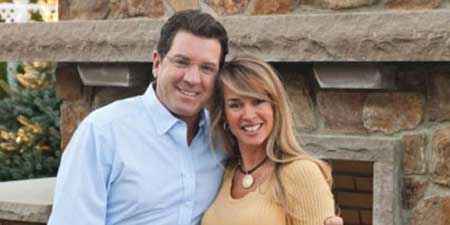 Information regarding their love life prior to marriage is scarcely available. It is said that the heavenly pair met each other through Eric's best friend, Gretchen Carlson.

Moreover, the fascinating thing is that both Eric and Gretchen commenced their conjugal life on the same day but of course with a different person.

In an interview with Fox News on The Five Blog, Eric gave some replies in context of his family life,

"Yes, I do, I adore my family. I’ve been married to my beautiful (inside and out) wife Adrienne for 16 years. And we have an awesome son Eric Chase, a great student and also a fine baseball player. He plays left the field for the local HS team."

When we talk about the beautiful lady Adrienne, she is also found equally dedicated to the family life as her husband. 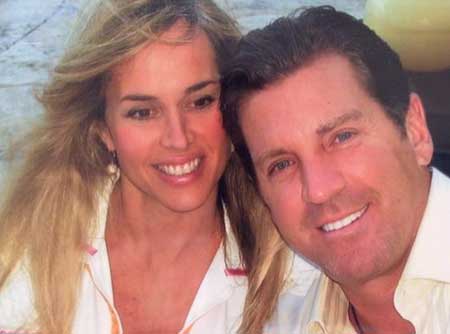 Eric and his wife together in a photo shoot
Source: Salary and Net worth

It seems that Adrienne has established herself the best in her family life. Even Fox News Fans have tweeted described how wonderful personality she actually is.

Adrienne Bolling is as kind as she is beautiful!!! What a wonderful family those Bollings are! ~~~ Lisa

Here is a short video on Fox News on The Five saying farewell to Eric Bolling:

Their Only Son Eric Chase Bolling: Died At The Age Of 19

The couple was blessed with a son right after a year of their married life. His name was Eric Chase Bolling. 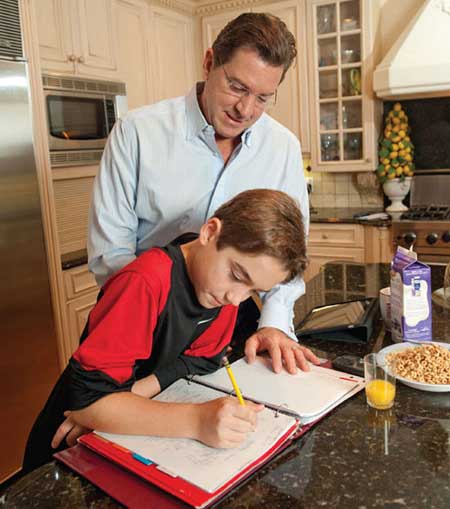 Eric helping his son Eric Chase in his assignments

Eric once mentioned a breathtaking incident of his son suffering a lacerated spleen while snowboarding via a Facebook post.

Eric Chase Jr. pre-prom. My guy is growing up.

The very next day, Bolling praised the work of Chase's doctor at the Albany Medical Center's ICU.

Chase also had a keen interest in playing baseball as his father. Growing up, his son followed the path of drugs. The 19-year-old  was a sophomore at the University of Colorado when he was found dead at an apartment just hours after Fox announced about his father leaving the network on 8 September 2017.

It was said that the cause of death was a mixture of cocaine and the painkiller fentanyl.

Ex-Fox News host who lost his son made a come back on TV in May 2018 hosting his own show. Talking about the death of his son, he said,

"We really need to talk to kids about how dangerous these drugs are."

"Be bold, be brash, be America. Bolling is back with the show they wouldn't put on cable TV. It's time for America to toughen up, stop whining, and get to work."

He was suspended for a month as the network investigated allegations of sexual harassment. He departed from Fox amicably on 8 September 2017. 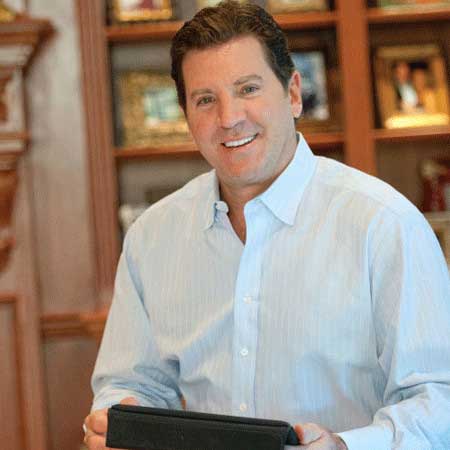