Nicki Minaj’s choice of new boyfriend dividing her fans! Nicki Minaj took on Instagram on and posted some revealing and intimate photos with Kenneth Petty. Apparently, her new boyfriend had a turbulent past which included convictions for manslaughter and attempted rape, which has caused an outcry among her fans.

Nicki Minaj took to Instagram and posted some revealing and intimate photos with her new found love, Kenneth Petty. But things quickly took downhill turn after her boyfriend's criminal background came out. Apparently, her new boyfriend had a turbulent past which included convictions for manslaughter and attempted rape, which has caused an outcry among her fans. 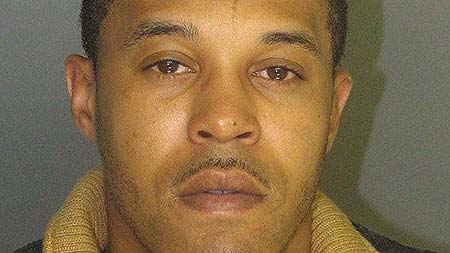 40-year-old Kenneth Petty whom Nicki’s been associated with romantically, and posting pics with on Instagram, is dividing her fans into two extreme halves. While fans seem divided on this matter, the Anaconda hitmaker came to the defense of her boyfriend.

Nicki has gone on the offensive against the internet trolls that tried to judge the troubled past of her boyfriend.

Court records obtained by TMZ proves Petty’s conviction for first-degree attempted rape in April 1995. He was 16 at that time. The court sentenced him with 18 to 54 months in prison but it is not unclear how long he was actually incarcerated.

Don't Miss: Nicki Minaj confirmed she is single as she broke up with boyfriend Meek Mill: See their current relationship status

Petty also pleaded guilty to first-degree manslaughter in the death of a man named Lamont Robinson in 2002, according to a criminal complaint obtained by Blast. Though the internet has taken a bash at the troubling past of Petty, Minaj has appeared very supportive and defensive when it comes to her boyfriend.

No one on social media has ever sinned. They are all perfect. They piss champagne & walk on streets of gold.

Petty pleaded guilty to the manslaughter charge in March 2006 and served 7 years in prison after being sentenced to 10. Petty got out of prison in May 2013 and had been on supervised release for five years until May of this year.

Did you ever make it out of that town where nothing ever happens?... it’s no secret... that the both of us... are running out of time...

Talking about their relationship, the couple first sparked the romance rumors after Nicki posted photos of her hanging out with Petty last month. Minaj has previously been dating people like Safaree Samuels,  Meek Mill, and Nash but the relationship with Petty is definitely the most notorious one.