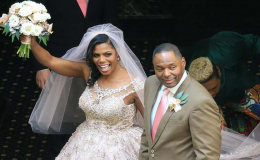 Let us find out how the couple first met and how does it all begin.

You may not recognize John, but let me tell you that John is a pastor from Jacksnoville, Florida. The couple first met when Omarosa was teaching at the Howard University Business School. 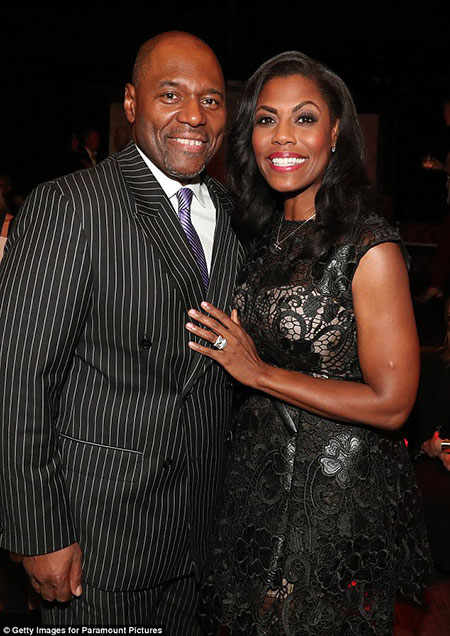 Omarosa and John Allen at the premiere of the movie Ben Hur, Source: Daily Mail

At that time Omarosa was also a Pastor at the Weller Street Baptist Church in Los Angeles. It seems that it was the god himself that made both of them meet one another.

Though we all think that bending on one knee while proposing is a bit filmy but we also know that it is a dream of every single girl and our very own Omarosa got a chance to live that dream. 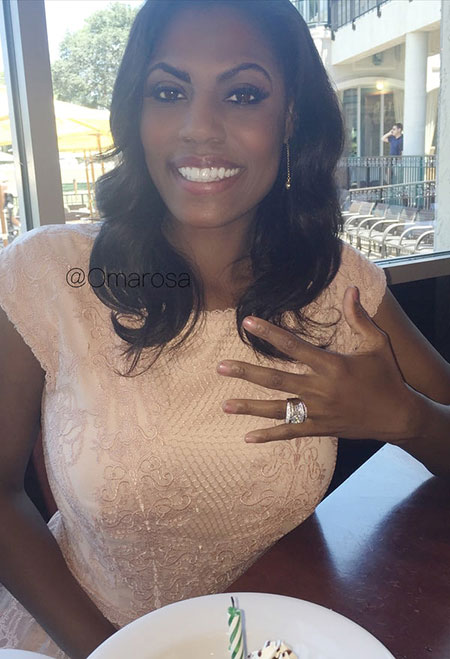 John didn't let us all down when he bend down on his knees while in front of his congregations at The Sanctuary at Calvary Church in Jacksonville.

The bling was pretty beautiful and huge, to say the least. Omarosa even uploaded a picture on her Twitter account.

It was Omarosa's third engagement as she was previously engaged to her ex-husband Aaron Stallworth, whom she split in 2005. 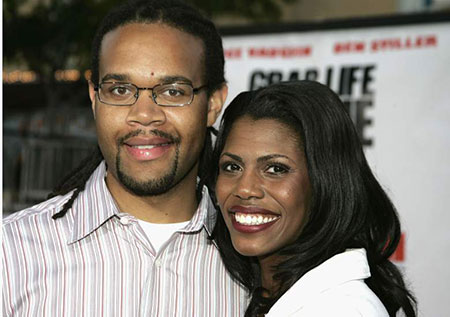 Her second engagement was with Academy Award nominee actor Michael Clarke Duncan. The couple got engaged in 2010 and they were set to marry until the tragic death of Michael in 2012, due to a heart attack.

She got devastated after the death of her fiancee and it took a lot of time for her to recover from the damage.

After living together for more than a year, the couple became one in a big ceremony in Washington DC. Many of their close friends and family were in the attendance. 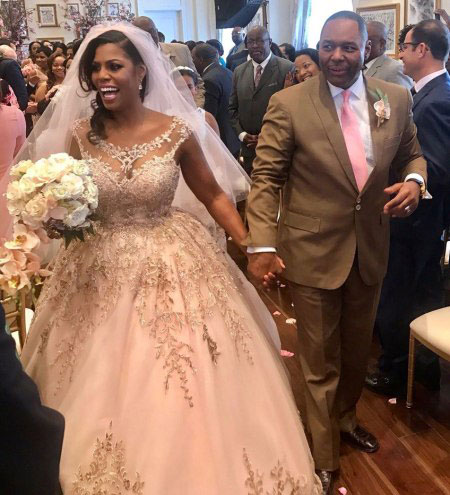 Many of the famous TV personalities like Phaedra Parks, Lynne Patton, and Katrina Pierson were present to give the new nuptials their blessings.

As Omarosa is now the director of communications for the Office of Public Liaison, big politicians like Kellyanne Conway was present in the holy ceremony.

Watch Omarosa discussing her role in the White House after being selected as the director of communication in the video below.

Although, Donald was not available as he was pretty busy playing golf with Chinese premier Xi Jinping. Otherwise, he would have definitely come for the ritual.

Well, the couple is now tied to each other with a bond that will last forever and we wish for their successful married life as a husband and wife.