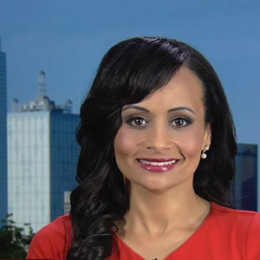 An American Tea Party activist and communications consultant ,Katrina Pierson is currently single. She is national spokesperson for Republican presidential frontrunner Donald Trump in 2015. Katrina has earned a bachelor in biology from the University of Texas at Dallas. Pierson worked for InVentiv Health. She is an activist in the Tea Party movement in 2009. She is a founder of a local Tea Party group in Garland. Katrina Pierson worked as the director of corporate affairs for ASG Software Solutions. She is also a spokesperson for the Tea Party leadership fund.  She is from the Republican Party.

Katrina Pierson was born as Katrina Lanette Pierson on July 20, 1976, in Kansas, the U.S. to black father and white mother. Her mother was only 15 when she gave birth to her and initially gave her up for adoption, but later changed her mind. She was raised by her mother in poverty.

At the age of 20, Pierson was arrested for shoplifting to which she pleaded no contest and, ultimately, a dismissal with the case sealed. Then she took $168 in merchandise from a J. C. Penney store in Plano, Texas. She received an associate of science degree from Kilgore College. 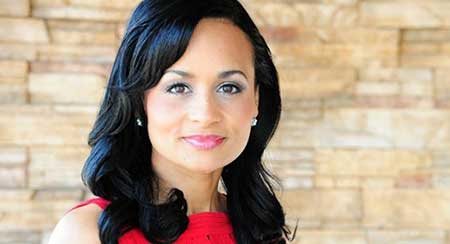 Katrina Pierson graduated from the University of Texas at Dallas in biology. In 2008, she worked for InVentiv Health, the following year, she joined the Baylor Health Care System as a practice administrator and served there for two years.

Katrina Pierson voted for Barack Obama in the 2008 presidential election. She became an activist in the Tea Party movement in 2009. Later, she founded a local Tea Party group in Garland, Texas.

She attended a meeting for Tea Party activists in Myrtle Beach with Ted Cruz where she met with Donald Trump. In November 2015, Pierson hired as the national spokesperson for Trump's campaign.

Katrina Pierson has an estimated net worth of $500k as of 2018. She received $11,000 in unemployment benefits from the Texas Workforce Commission in 2013. The following year, she received $76,000 from Texas Congressional race.

Katrina Pierson is possibly single at the moment but previously she married a man, Christopher Pierson with whom she has a son. The marriage lasted for only 3 months.

She is quite secretive about her personal life and prefers to talk less about her relationship in media. As of 2018, she resides in Garland, Texas along with her son.

Katrina later was rumored to be dating with American financier Anthony Scaramucci.

Below we present the video of Katrina Pierson,