Scream Queens actor Patrick Schwarzenegger is in Relationship with Abby Champion. Details in With Pictures

Scream Queens actor Patrick Schwarzenegger is on the top making headlines since many years now. He made everyone make their eyebrows up when he separated from his ex-girlfriend, Miley Cyrus.

Scream Queens actor Patrick Schwarzenegger is sure a perfect boyfriend flaunting his wonderful relationship with his gorgeous girlfriend Abby Champion. The 24-year-old star who is the son of famous actor and former Governor of California, Arnold Schwarzenegger rose to prominence with his portrayal in Grown Ups 2.

He made everyone raise their eyebrows when he separated from his ex-girlfriend, famous singer Miley Cyrus.

Know more details about his current relationships in today's session.

Scream Queens actor Patrick Schwarzenegger is in Relationship with Abby Champion. Details in With Pictures

It's really tough to move forward from the past life and relationship but if you succeed in it that would be the best decision you ever make in your life.

Schwarzenegger who is also a great-nephew of John F. Kennedy, Patrick, 24, is currently dating Champion, 20 and he's really happy with her.

The powerhouse couple was first encountered together at West Hollywood hotspot the Nice Guy in the month of September 2015.

Things went on pretty interesting when the Next Management model, Abby posted a photo with Patrick on her Instagram in February, both the couple gracefully smiling in front of the camera and the star embracing his lady love from behind.

Blue is the warmest color

A post shared by Patrick Schwarzenegger (@patrickschwarzenegger) on Apr 15, 2017 at 4:51pm PDT

The blonde beauty who's signed to Next Model agency and the hunk repeatedly shares outstanding pictures together. Their fans are crazy for this hot couple!!

Here's another Instagram posts posing in front of the Hammer Museum:

A post shared by Patrick Schwarzenegger (@patrickschwarzenegger) on Oct 15, 2017 at 1:37pm PDT

Meanwhile, it's yet to see the couple in a married life soon. Let's congratulate the couple for the adorable bonding.

Past Affair With Miley Cyrus

After five months of the relationship, Patrick called it quits with pop star Miley Cyrus in April 2015. Rumors started swirling on the web that Patrick cheated on Miley when he was on spring break in 2015 which eventually concluded their relationship. Miley is back with her former love Liam Hemsworth after three years of ending their relationship. 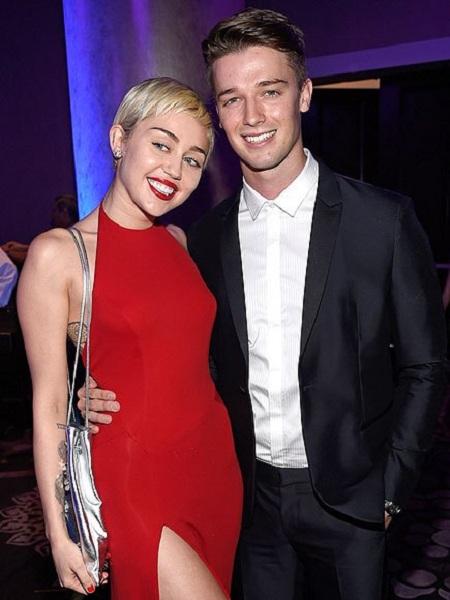 Miley and Patrick a moment together
Source: People

The blonde and Liam's relationship had some serious ups and downs in past, however, they have been together for nearly a decade. Though they may not be cozy sometime in the middle, they have an awesome chemistry.

The short-lived relationship of Miley and Patrick blossomed in 2014 and lasted for five months only.

And it looks like both of them have moved on with their life and we're happy how things have turned out! 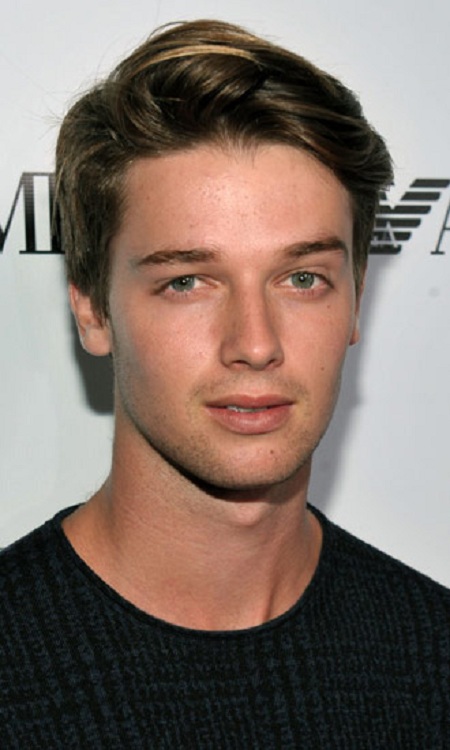