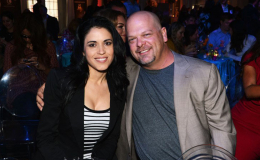 Famous businessman and a reality TV personality Rick Harrison is a man with a great love life with wife Deanna Burditt. They seem to be attached to each other, however, their personal life might have something more than what is normally seen.

Co-owner of World Famous Gold and Silver Pawn Shop, Rick Harrison has not always been happily married. Facing two unsuccessful marriages in the past, he's now, happily moved on with his new love and seems to be happy ever since. How bad was his past marriage and why did he fail in his past marriage? Let's find it out from the article below!

'Pawn Stars' executive producer, Rick Harrison is currently in a loving relationship with his wife Deanna Burditt. Besides, the couple shares less about his personal life to the media and enjoys their romantic life.

The duo dated for a few years back in the early 2010s' and decided to get engaged in 2012. He proposed his lover with a 2 1/2 carat diamond ring, on Valentine's Day at Aureole Restaurant where they first met a year ago. 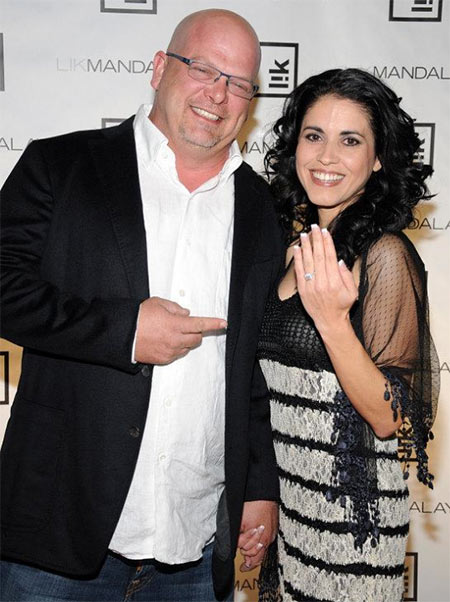 Talking about the engagement to People, he said

"I didn’t really ask her, I told her ‘Girl, I’m marrying you,’ and then I gave her the ring, It’s perfect symmetry, I’ve got three boys. She’s got, three girls. We’re basically the Brady Bunch."

They didn't wait for long to get married as they went on to tie the knot on July 11, 2013, in Laguna Beach, California. 'Counting Cars' star Danny Koker led the event officiating the main event. Moreover, it was a great ceremony with some of their close friends and relatives attending the function. 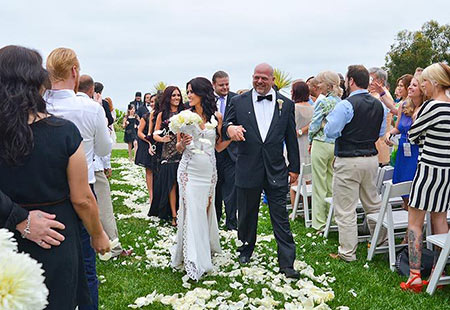 Mr. and Mrs. Harrison take their walk back up the aisle in Laguna Beach, Calif.
SOURCE: People

Reflecting on his wedding, he exclusively talked about it to People and said,

"It was the happiest time of my life. I was so nervous that [when Deanna] went to put the ring on my finger, it didn’t fit, I’d put out my wrong hand!”

He lost his ring two days before marriage and spent a few hours prior to the wedding, looking for its replacement around the town. Later everything went fine and everyone said it was the best wedding they ever attended.

Rick Harrison Past Affairs; Who Was He Married To In The Past?

The businessman Rick Harrison came through the failed marriages in the past before being stable right now. He was married twice with Kim Harrison and Tracy Harrison. 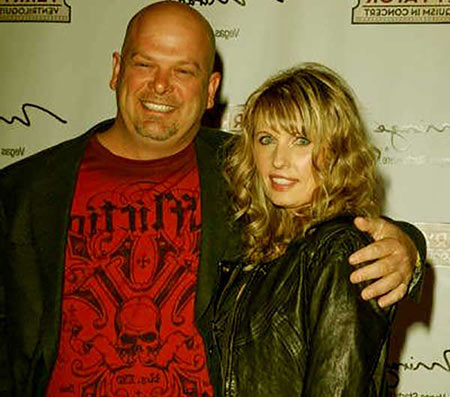 When Harrison was 17, he got his girlfriend Kim pregnant. He then decided to marry her nonetheless they lost their child with miscarriage. The couple stayed strong and later welcomed their first child, Corey Harrison on April 27, 1983. As of now, just like his father, Corey has been married twice and his both marriages were shortlived.

Rick and Kim were later blessed with a second son Adam Harrison in 1984. Then, the couple separated their ways for some unknown reasons.

You May Also Like: Ballroom Dancer Kym Johnson is married to businessman husband Robert Herjavec since 2016. See their relationship.

After splitting up with Kim, he found his love in Tracy and married her in 1986. They both remained outside the limelight, keeping their personal life to themselves. The couple was then blessed with a son Jake Harrison. Years after living together as husband and wife, the pair separated quietly and later divorced in 2011.

Unable to stabilize his married life, Harrison managed to keep most of his intimate life away from the media and the internet. 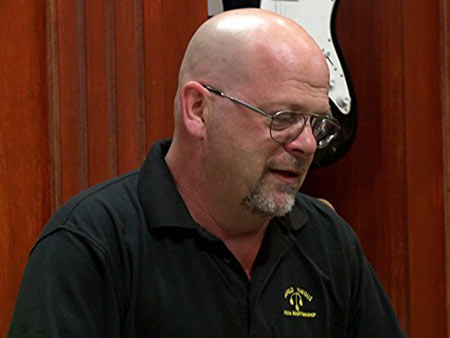 Check out marriedwiki.com/article for more information on celebrities.