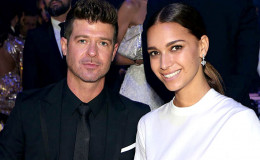 Robin Thicke expecting first Child with Girlfriend; The couple is also expecting See their Relationship and Affairs, Also, see their

Robin Thicke and April Love Geary is now going to become parents for the first time.

This will be the first time for April and second time for Robin. The couple also disclosed the gender of the child, looks like Robin's son Julian will be playing with his sister.

So has the couple decided on the name? Let's find out.

The day finally came and we were expecting the news to come a long time ago. Now truth be told, we all knew that she is expecting, as, in multiple occasions, we saw a slight bump on her stomach. 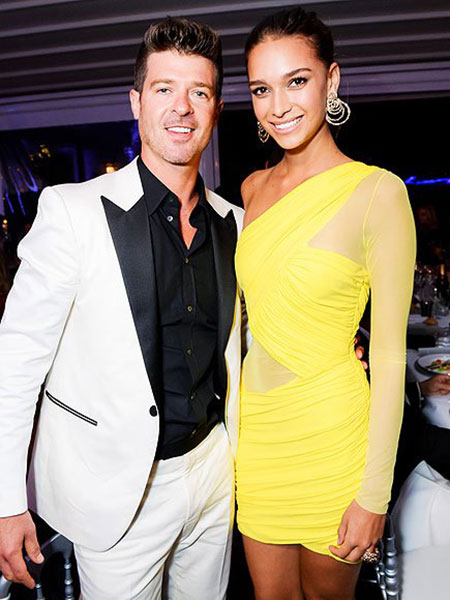 Robin and his girlfriend April is now going to become parents for the first time, Source: People

The otherwise slim tummy looked different and that's when everyone became suspicious of the activity. But all's well now as April announced her pregnancy yesterday on Instagram.

She shared two snaps on Instagram, one of her sonography image and other of her vacation in the island state of Hawaii.

She posted a sonograph image of her belly.

Robin and I are very excited to share with you all that we're having a baby! The due date is March 1st, Alan's birthday!

Enjoying her vacation along with her baby girl! If you know what we mean.

Happy in Hawaii with my lil peanut

The pair will be welcoming their daughter at the auspicious occasion of Robin's late father Alan Thicke, next year in March 2018.

The pair started dating in 2014 and they first stepped out as a couple during the 2015 Cannes Film Festival. They are not yet engaged but it looks like their daughter will mark the occasion of their marriage. 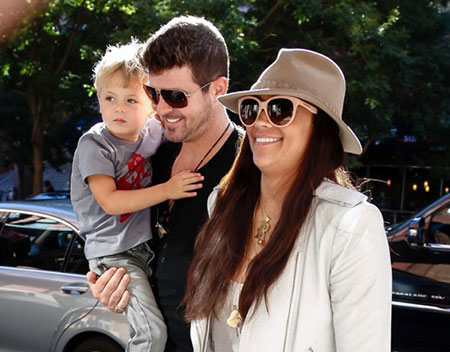 Robin was previously married to Paula Patton. They tied the knot on June 11, 2005, and they share one child between them, Julian Fuego Thicke, born April 6, 2010 (age 7).

They decided to end their relationship in October 2014. They currently share the joint custody of their son.

We once again congratulate the couple and let's hope they stay the same for many years to come.