Home Article Russell Westbrook's Married Relationship With Wife Nina Earl; Are they Planning For A Child?

Russell Westbrook's Married Relationship With Wife Nina Earl; Are they Planning For A Child? 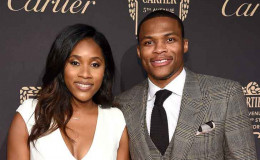 Ferocious dunker Russell Westbrook displayed one of his best performances as he was totally unstoppable during the Thunder's game at TD Garden on 20th March against Celtics big man Aron Baynes. His wife Nina Earl has also better marked her name in playing and achieving success during her high school days in UCLA.

The couple, despite their busy schedule, manages to adore and sustain their personal life. Let's get detail about their family life and kid over here.

Russell Westbrook, 29 met Nina Earl when they both attended UCLA. A romantic relationship between the two blossomed in the high school days itself.

Both of them played basketball and achieved success on the basketball court at UCLA. 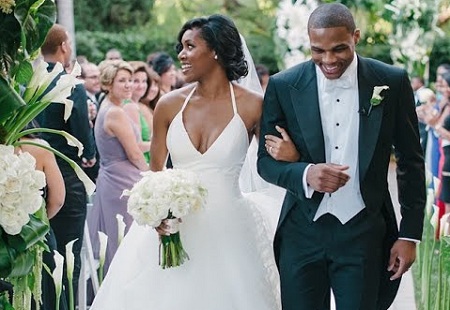 Russell Westbrook and Nina Earl on their wedding
Source: YouTube

Though the pair moved on from the school, they still maintained their relationship.

The amazing part of the ceremony was, the guests were asked to attend the event and reception without cameras or phones.

2017 was full of amazing and beautiful moments, the amount of blessings I was given was unmatched, I’m looking forward to growing and continuing to keep the faith in 2018. HAPPY NEW YEAR! ????

After the ceremony, Westbrook took to Twitter to post an image of the two; he looked happier than ever.

Rumors about Earl's pregnancy circulated on the internet for a long time but the couple never spoke on the topic until March last year.

Westbrook revealed the happy news in March that they were expecting a son. The Thunder star and his wife welcomed their baby boy named Noah Russell Westbrook on 16 May 2017.

NOTHING better than Fatherhood! Love you ManMan????

Westbrook shared the happy news about his baby via Instagram.

The baby boy is all over on the Instagram posts of the star. Despite his busy schedule, he maintained his family life with his lovely wife and kid; that's how a conjugal life usually works the best.

Oklahoma City Thunder point guard and reigning NBA MVP Westbrook has been one of the best players since his 2008-09 rookie season.

His energetic performance and moves that makes him a tough competitor in the field. 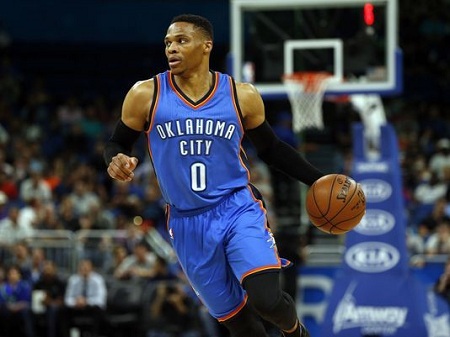 "Very skilled, clearly. Extremely competitive. The best athlete I’ve ever seen.The thing I’ve always appreciated about Russell is, all that being said, it’s his competitiveness that I think makes him an MVP-level player. He’s got all the intangibles, that very few people have. It’s that competitiveness."

Receiving a bunch of success, he's in no mood to stop with his success story. He averaged a triple-double during his MVP campaign a season earlier carrying 25.3 points, 10.2 assists and 9.7 rebounds per game with the Celtics. 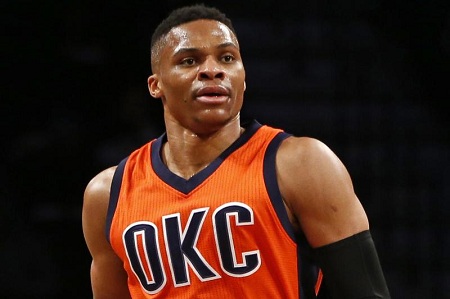