Scott Hoying is Gay & enjoying a good Relationship with his Boyfriend; Find out more here

Scott Hoying is Gay & enjoying a good Relationship with his Boyfriend; Find out more about his Career, and Biography

In today's world, being Gay or Straight doesn't matter much as we are now open to these things as opposed to when we used to feel it's a taboo being a gay some years ago.

Singer and pianist Scott Hoying surprised everyone when he disclosed how he is neither straight or gay and gets attracted towards all kinds of people. So basically he is a pansexual.

So let's talk about his sexual orientation in details.

Scott is the lead vocalist of the band Pentatonix. The tall and handsome artist surprised many of his fans when he gave an insight into his otherwise secluded personal life.

The singer keeps his personal life a secret from the public and when he revealed something about his sexual orientation, it made the social media go crazy.

During a live stream show, he was sitting alongside his friend, Mitch Grassi when he stated he is pansexual. For those of you who don't know, a pansexual is a person who gets attracted towards all kinds of transition, transgender, androgynous, and gender fluid people, you name it. 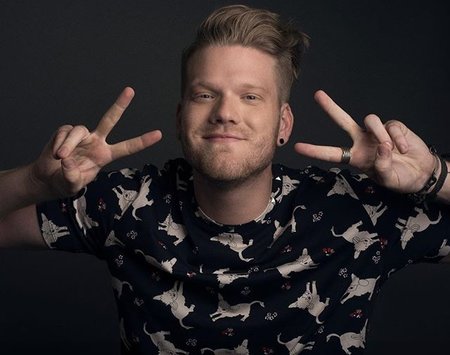 Scott is the vocalist of the band Pentatonix, He states he is a pansexual
Source: Wikia

This is not the first time we came across the term pansexual as previously singer, Miley Cyrus opened herself as pansexual. In the live stream, he divulged,

"I wonder if I am pansexual, sometimes I get an inkling."

Now judging by his remarks we can guess he is really a pansexual. Though the actor remains silent on the issue for now and enjoys his time calling someone else gay.

Scott Hoying-Is He Dating Someone?

Now that we talked about his sexual orientation, let's talk about his current relationship status. He and Mitch Grassi makes a good pair as they are roommates and close friends since childhood days, don't you think?

Well, don't think much as it looks like the pair might probably be dating each other. They even started a YouTube channel named, sup3rfruit which further proves our point.

Hawaiian sunset with the bestie!

Both of them considers each other their best of friends, besties if you call it. They share many adorable pictures of them together which led people to believe they probably be dating.

HAPPY BIRTHDAY MITCHY!! Going on 16 years of friendship now, I still have yet to meet anyone like you! Such a beautiful and unique soul, talent, & energy! No one makes me laugh harder, no one inspires me more that there’s power and beauty in being relentlessly bold, and honestly i’m not sure anyone can sing with more stamina and accuracy??? ok see you at soundcheck in like 2 min. LOVE YOU A LOT.

Though we never know they are friends or dating secretly. However, we must praise their amazing friendship! See how the two celebrated Grassi's birthday back in July 2018 in the above Instagram post. 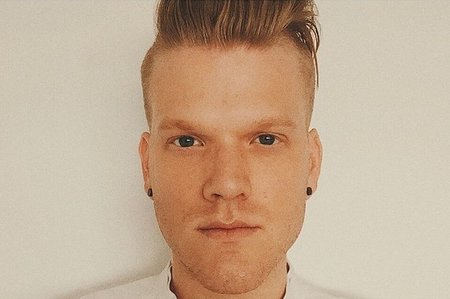