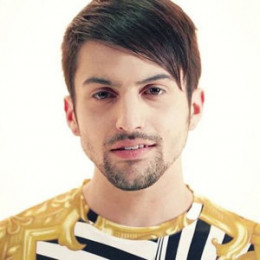 An American songwriter as well as the music artist, composer, and internet personality, Mitch Grassi is currently single. He was previously engaged to Travis Bush. Mitch Grassi is best known as the youngest member of Pentatonix band. He attended Martin High School and that time he taped for The Sing-Off, a reality singing competition show hosted by Nick Lachey. Mitch Grassi was drawn to stage performance, immersing himself in music theater in his hometown from an early age.

Mitch was born on 24th July 1992 in Arlington, Texas. His parents are Mike Grassi and Nel Grassi. He was interested in school plays and theatres since his school days.

He graduated from Martin High School. He was drawn to stage performance, immersing himself in music theater in his hometown from an early age. The people he collaborated with as a junior got together later forming a trio.

Mitch Grassi is one of the lead singers of the A Cappella vocal band Pentatonix and the chart-topping pop duo with Scott Hoying called SUPERFRUIT.

The YouTube channel for Pentatonix (PTXofficial) has over 15 million subscribers and 2 billion views, and it continues to rise.

Moreover, he has a Youtube channel together with Scott Hoying called Superfruit, which has surpassed 2 million subscribers and continues to grow.

Mitch Grassi is openly gay. He uses both masculine and feminine features. Meanwhile, his relationship status is reportedly single.

Earlier, Grassi was engaged to her boyfriend Travis Bush, but the engagement broke off. He feels totally comfortable being a homosexual. He is known to have kissed his Pentatonix member Scott Hoying and posted the pictures of them kissing on social sites as well.

Grassi was dubbed as 'the prettiest voice ever heard' by Shawn Stockman of Boyz 2 Men. He describes himself as a 'total music nerd' as his musical tastes lean toward the underground club and electronic music.

There were also whispers in the music world that he may choose to retire early from the music profession and take up some other creative line.

Meanwhile, Mitch is slender, 5 feet 10 inches in height, has tan skin and dark brown hair and eyes. He has 12 known tattoos all over both of his arms, fingers, neck, and chest.

At present, Grassi is with his new boyfriend Beau Sloane. See the couple sharing a passionate kiss:

Thanks for letting me hang all over you for a year (and some change), angel boy. I’m more in love with you every single day we are together. Cheers to one of the best years of my life and the many more to come we have together!

Both Grassi and Sloane share romantic images via Instagram that simply show that they are dedicated in their relationship.

Mitch Grassi has an estimated net worth of $8 million. His source of income includes his salary and earnings from his career as a music artist, composer, and internet personality. His Pentatonix band is worth $40 million.