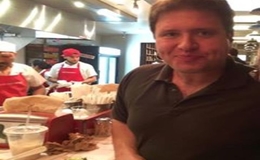 For all these years, your favorite tv chef the beautiful Claire Saffitz always maintained to keep her dating life in the dark. But say no more, guys. So, yes, the rumor is true. Saffitz is indeed in a relationship.

And, the lucky dude who happens to be dating Claire Saffitz is none other than the fellow New York-based renowned chef Harris Mayer-Selinger. Funnily, what are the odds that Harris and his girlfriend both happen to be involved in the same respective field, professionally?

Harris Mayet Selinger, a renowned chef from New York is engaged to Bon Appetite star Claire Saffitz since December 2019. It might be the love of food that exists between the two which brought them closer and sparked romance.

Selinger and his fiance, a pastry chef reside in the Upper West Side of New York City. The duo is soon planning to walk down the aisle in a lavish way.

While Haris Mayer is busy with his culinary job, his spouse also makes an appearance on a cooking segment on The Tonight Show Starring Jimmy Fallon.

Haris and Claire have been together for nearly six months yet they hesitate to share pictures and flaunting their chemistry on social media. Selinger and his newfound joy have been in the live-in together relationship for a year.

Claire Saffitz Was The One To Admit Dating

The Food Editor of Bon Appetit magazine was the one who made the revelation she was dating which is actually eye-raising given the fact that Claire rarely ever speaks about her personal life let alone her dating life in the public. The alum of Harvard University, however, obviously didn't indicate anything regarding her boyfriend aka Harris.

Basically, Claire clarified she was no more a single lady in a video taken for New York Magazine where she showcased her daily life routine as a pastry chef. And at one part of the video, Saffitz announces how her boyfriend is also a cook and that the two love birds cook from home. How romantic.

You may watch the video below.

In the meantime, fans speculate that Harris got down on his knees and asked Claire to marry him. Could that be true?

The speculations fueled up in late November when the eagle-eyed fans of Claire Saffitz spotted an engagement ring on her ring finger in one of her Bon Appetit videos. Needless to say, the golden ring that appears to be fitted with diamond looked stunning on her finger. 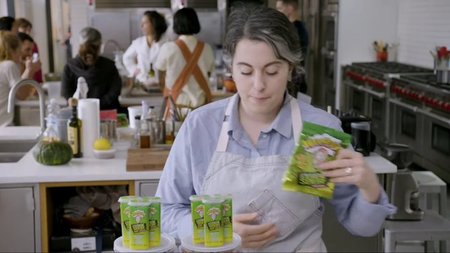 On the other hand, fans of the Missouri native seemed to be gutted with the news and many of them took to Twitter to share how devasted they were with the use of trolls, of course. Whilst one tweeted Claire was supposed to marry her, another sarcastically poured their doubts claiming how she never proposed the pastry chef.

Selinger Is Super Supportive Of Saffitz

Could Harry care about all these tweets in regards to her future potential wife though? The answer is a simple 'No'. As a matter of fact, Harris contains all the essential qualities Claire wants in her man. Apart from the common interests the pair shares as a chef, Selinger is also supper caring, kind and supportive of her partner. 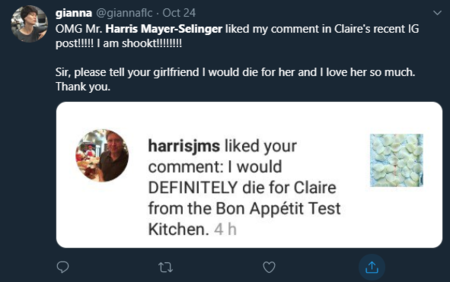 The Cornell University graduate who spent years in Taiwan to enhance his cooking skills often shares the work and the positive influence of his girlfriend on social media.

Not to mention, Harris isn't even insecure at all. When a fan commented on how he would die for Claire on Instagram, he actually liked the comment. You are doing amazing as loving and an ideal partner of Claire Saffitz, Harris.