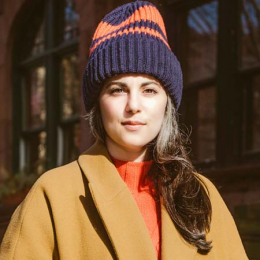 Claire Saffitz is a famous chef who is known for working at the Bon Appetit magazine as a freelance recipe developer and pastry chef. She is also known for hosting the Gourmet Makes YouTube series for the Bon Appetit's YouTube channel.

Claire Saffitz remained tight-lipped for a long time and managed to keep her love life exceptionally secret for a long time. She put it within her fans and culinary career. Currently, the pastry chef is romantically linked to someone. Who's that lucky guy?

The popular chef, Saffitz confirmed her relationship status after she's deeply fallen for a fellow chef. Claire is currently in a live-in together relationship with boyfriend, Harris Mayer-Selinger. 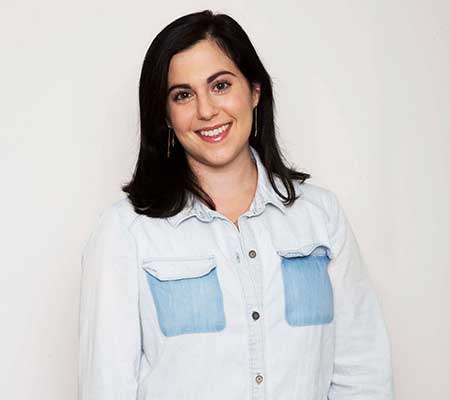 Saffitz's partner, Harris is also a renowned culinary artist by profession. Bon Appetit star lives with him in the Upper West Side next to New York City.

Saffitz was previously rumored for dating with the Test Kitchen's manager Brad Leone which was spread by her fans because of their closeness. However, the rumor soon ended as both of them never used to share a dating life.

The 32-year-old chef is out of any media controversies regarding her early life. In fact, she is more than anything else she loves cooking foods and has made it her profession. Additionally, she is an active person on social media where she often posts pictures and videos of food she makes. Her Instagram account has more than 292k followers as of 2019 and is increasing.

Apart, the star has become the internet's crush. Since her show begun, she has successfully grabbed a huge fan following.

What is the Net Worth of Claire Saffitz? Know about his Salary, Earnings

Besides, some of the famous cooks like Gordon Ramsay earns $225,000 per episode from his reality television shows and $45 million per year from his media and restaurant empire.

Thank you @rhodaboonefood for baking one thousand cakes so we could make BA’s Baking School. And @dan_cgul and @kevindynia and for not letting me slip into daily bouts of sugar-induced mania. It was worth it for this . First episode up now on YT, full season on streaming!

Saffitz moreover is an active person on Instagram where she posts many pots of her chef life. Take a look at the pie she made just by using greenmarket fruit bu using $20.

I can’t think of a better way to use up $20 of greenmarket fruit than to bake it into this pie with Demerara sugar, lemon zest, vanilla bean, and angostura bitters.

The famous chef is currently working as a recipe developer and pastry chef for Bon Appetit magazine. After that, she started working as a host for the YouTube series named Gourmet Makes for the Bon Appetit's YouTube channel.

Besides, she used to work as a Senior Food Editor for five years in the test kitchen at Bon Appetit magazine. What's more, she is also working on a cookbook project which is expected to release in 2020.

Like Saffitz, her lover Harris Mayer Selinger brings in big bucks from his profession as a cook, executive chef, and kitchen manager. The median salary of a Chef in the United States is $15.20 per hour. He is active in this for decades, therefore, his income is probably in the six-digit figure.

Selinger led the management team in expanding and rebuilding the Chelsea Market location to start the flagship Creamline: American Classics.

Some Interesting Facts of Claire Saffitz

Have a look at the Youtube video of Claire Saffitz making Homemade Ice Cream Sandwiches!