Home Article The "Orange is the New Black" Actress Taylor Schilling is not Dating: Focused on Career

The "Orange is the New Black" Actress Taylor Schilling is not Dating: Focused on Career 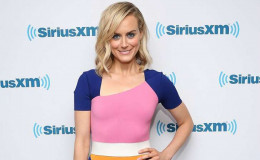 Taylor Schilling is An American Actress who has earned a place in people's heart for her portrayal of Piper chapman's role on Orange is the new black. As they were rumored to be in relation later the rumor fade

Taylor Schilling is an American actress who is known for her portrayal of Piper Chapman's role on Netflix's Orange is the new black.

The gorgeous diva had many relationships issues in her past and her dating life is always the talk of the town. So, is the diva with someone these days?

Taylor Schilling: Learn About Her Current Dating Life And Affairs

Taylor is currently single and is not having any affairs with anyone.

At the premiere of the 5th season of "Orange Is The New Black" she said:

"I've had very serious relationships with lots of people, and I’m a very expansive human. There’s no part of me that can be put under a label. I really don’t fit into a box – that’s too reductive".

"I’m working all the time – I don’t really have anything else going on." 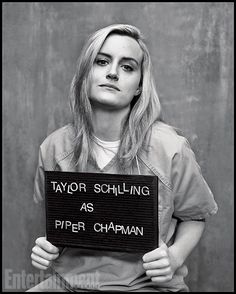 Taylor in series seen ‘Orange Is the New Black’: Mugshots and Rap Sheets

"But I’ve had wonderful relationships. I’ve had a lot of love, and I don’t have any qualms about where it comes from." “I have absolutely nothing to hide.” 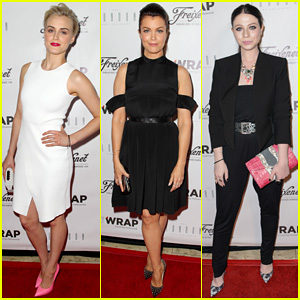 As she had told that her dream is to win an Oscar award, so we can assume that being focused in her career she is unable to give time for her love life.

Schilling has been tight-lipped about her romantic life for a long time now but some of her interviews has given some hints about her girlfriend.

During an interview with Gotham Magazine in February 2018, she was questioned about her rumored relationship with a male artist. She replied,

"I’m not gonna talk about it...but someone special does live in Gowanus. It’s full of special people. It’s a special place."

Well, everything is a total mystery. Still, let's hope for the best in the following days.

Taylor Schilling Past Affairs And Relationships

In 2015 she was rumored to be dating her co-star Carrie Brownstein. The couple was spotted together in many parties and events, also they were spotted having dinner together. 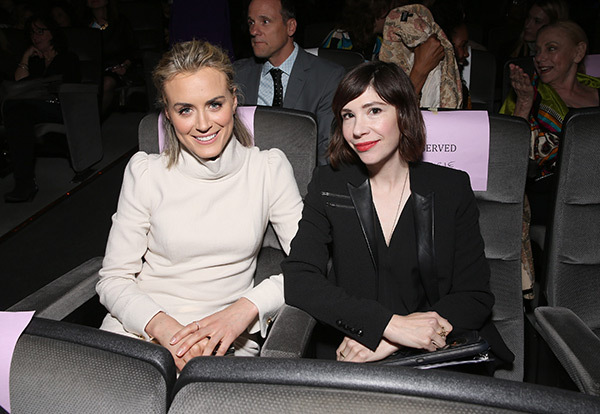 Regarding her relationship with Carrie, Taylor once said;

"I’m not in a relationship, but if I were, I would be quite joyful, no matter who it was, But I don’t like dating. It takes a lot for me to be into somebody. I love everything about Carrie…It’s rare to find someone special in this business."

However, with time their relationship rumors started fading. Apart from this, she has not been linked with anyone properly.

Taylor Schilling: Learn About Her Journey Being An Actress

She started her career by performing in a stage production of Fiddler On The Roof.

Being graduated from Wayland high school in 2002 she attended Fordham University at Lincon Center. Continuing her study she started playing in Batchelor of Arts and School of Art. she made her first debut with a supporting role in Dark Matter(the independent film) in 2007.

Taylor in "Orange is the New Black" Season 5 interview with Laura Prepon and Danielle Brooks.

Schilling has played the role of Dagny Taggart in the film Atlas Shrugged: part 1. Recently she is seen in the Netflix original series Orange Is the New Black. 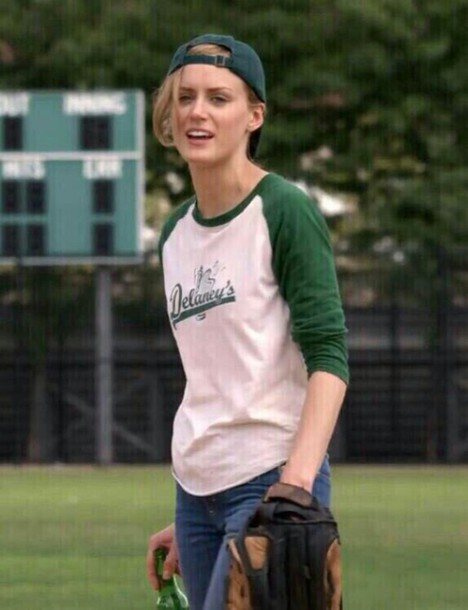