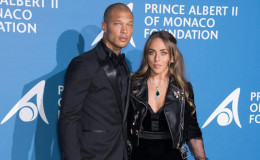 They are expecting; Chloe Green and Boyfriend Jeremy Meeks expecting first Child; The couple is Dating since 2017 after he filed for Divorce with then Wife Melissa; He shares one son with Previous Marriage; Also, see..

Chloe Green is expecting a first child with her boyfriend Jeremy Meek, according to many sources.

The hot felon is expecting another one!

Chloe Green last year stated that she is thinking about raising a family with Jeremy Meeks and after few months they are expecting their first child.

Multiple sources disclosed the big news. Though Chloe and Jeremy are yet to announce the news by themselves. 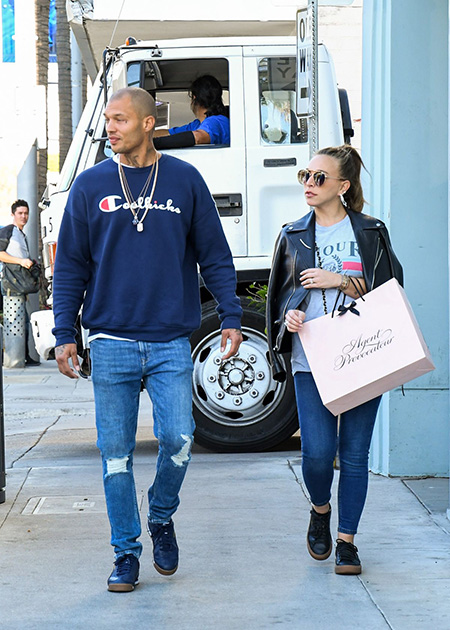 Chloe and Jeremy Meeks out for shopping in Los Angeles
Source: HawtCelebs

The felon turned model and Topshop heiress first started dating back in June 2017. At that time Meeks was still married to his estranged wife, Melissa Meeks.

Jeremy and Melissa's relationship was rocked when he was spotted with the 27-year-old putting a PDA display. Both of them even spent last summer together.

After his PDA-filled vacation with Melissa, he filed for divorce with Melissa in October. In November 2017, sources confirmed their relationship and even stated they are ready to be engaged.

This will be the first child for Green, Meeks, on the other hand, is also a father to one biological son with Melissa, Jeremy Meeks, Jr, and two step-children. He married Melissa on December 27, 2008.

HAPPY BIRTHDAY to My Everything @jmeeksofficial We have travelled the world together, created the most amazing memories, laughed smiled and really just enjoyed every second of life. This is only the beginning and today is your day baby and it’s going to be the most amazing one!!! Our first birthday of many together I LOVE YOU #mybirthdayboy #partnerincrime #myeverything

He first found fame when Stockton Police Department released his mugshot in 2014. He was arrested for his link-up with the gang Crips and for weapon charges.

Well, we once again congratulate the pair and wish they will become good parents to their upcoming child.