Home Article Trina Braxton, American Singer and Actress Revealed About Finding Love All Again After Death Of Her Ex-Husband. Is The Newly Engaged Couple Getting Married? Who Is Her Fiance?

Trina Braxton, American Singer and Actress Revealed About Finding Love All Again After Death Of Her Ex-Husband. Is The Newly Engaged Couple Getting Married? Who Is Her Fiance? 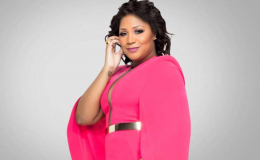 You can't blame gravity for falling in love!Yes! there's no exact clarification on how and when people fall in love. The same case is with The Braxtons' star Trina Braxton. Facing failure in first marriage was never an ending point for her as she found the one made for her and he's simply the best.

Trina Braxton recently engaged to her boyfriend of one year. The mother of two is definitely planning for the big day of her life. Who is her boyfriend? Know details about their relationship over here.

American singer and actress Trina Braxton hinted about her marriage approaching soon via social media posts. The Braxton Family Values diva announced via Instagram that she and her boyfriend Von Scales are heading towards the big day of their life.

Braxton flaunted her diamond engagement ring to reveal the news on 28 March 2019. The pair got engaged while on a family getaway to California wine country. 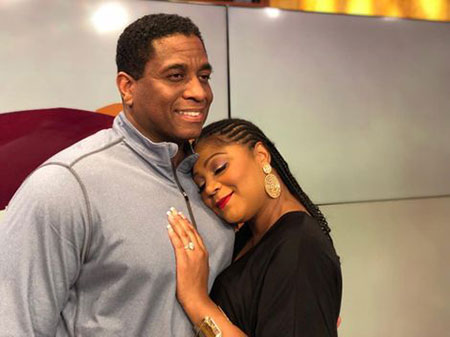 She captioned the above image,

"My fabulous fiance’ and I @sistercircletv . Thank you @ricardobastajewelry for assisting @vonscales. I love you baby!"

Scales, the owner of a pain management center in St. Louis started dating Braxton in 2018. However, details about how the pair met and fell in love is still a mystery.

Talking about the memorable day of her life, she said to ET Online,

"We were in Napa Valley, you know, all the girls were together, we were filming and he just kinda, like, plopped the box on the table and just… I lost it, totally, fully and completely."

"We had bottles and bottles of wine, it was in Napa, so we all laughed. We had an amazing time. Although it looked like a bunch of drama and everybody was hating on each other, it wasn't like that."

In addition, she gave a signal that the two are already married in mind in February 2019 when she referred Scales' son as her "soon to be stepson". She posted an image of the guy via Instagram wishing him a happy birthday.

You May Like: Congratulations to the Couple!!! Toni Braxton and Boyfriend Birdman are Engaged to be Married

Well, let's congratulate the lovebirds Braxton and Scales for the big step in their life. We hope to see them getting married pretty soon!

Trina revealed about the untimely demise of her ex-husband Gabe Solis at the age of 43 on 20th December 2018.

She posted an Instagram image of herself with Solis and their kids Eric Mojica and Caleb Mojica. 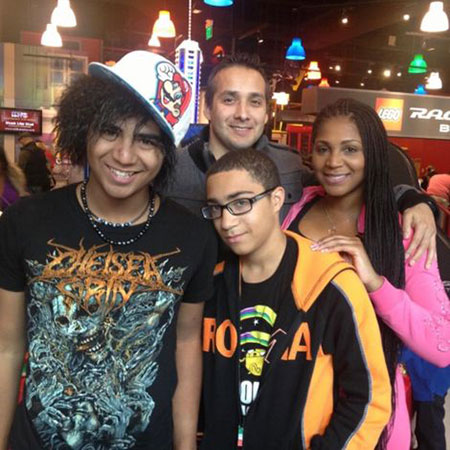 Trina Braxton posing with her ex-husband and their kids.

"For over 16 years, Gabe Solis was an essential part of our lives. Like all families, there are good and bad moments that are endured, but those moments, good or bad still made us who we are in the present."

"Unfortunately, someone leaked the story before we could make everyone aware of his passing, and I apologize to those friends and family members for finding out through social outlets. I also apologize directly to the Solis Family."

"I do humbly ask for your prayers for our families, but my greatest request is that when you are posting comments, remember Gabe's passing is a loss for our family. He was a father to my boys, a son, brother, and friend to many and I would appreciate privacy and respect as we grieve his unexpected departure. @gabe_solis1234 I miss you, my dear friend."

Though she didn't disclose the reason behind his death, TMZ reported that he died after a battle with cancer.

The pair who tied the knot in 2003 separated with an official divorce in 2015. They appeared on an episode of  OWN’s Iyanla: Fix My Life in 2018 where they talked about their struggle as a couple and their effort to be together.

Don't Miss: Traci Braxton and Husband decided to Divorce after two decades of Marriage; Is the rumor true?

At one point, Braxton and Solis called off their divorce and renewed their marriage vows. As things couldn't be repaired, they finally parted ways for the final time after 12 years of togetherness. 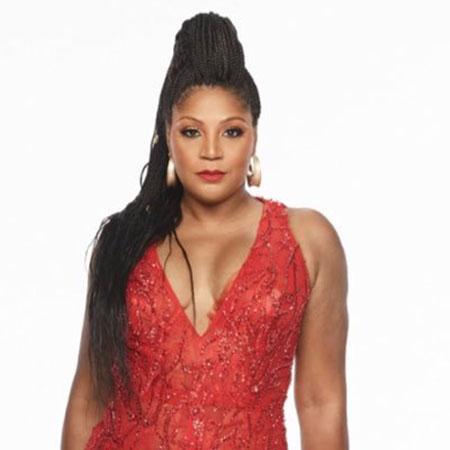