Home Article Vicky Karayiannis Divorce From Chris Cornell; Who Is She Dating Currently? Know About Her Married Life And Children

Vicky Karayiannis Divorce From Chris Cornell; Who Is She Dating Currently? Know About Her Married Life And Children 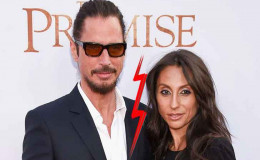 The term 'Rockstar' is very infamous and is associated with drugs, promiscuity and lots of extremes. Chris Cornell is one of those people who was very affluent in the word of rock with his band Audioslave. Despite dealing with the fame and rockstar lifestyle he always had his love and family at heart.

It was not easy for Vicky Karayiannis, the wife of the rock star, to always maintain a happy and pleasant family life but she is a person who thrived given all the odds. Being the wife of a rockstar must be quite an exhilarating and intimidating experience but it was no match for the resilience she had when it came to her family.

Vicky Karayiannis is the widow of late American rock singer Chris Cornell who passed away on May 18, 2017. The couple was still living a happy married life until Chris passed away. They were part of a very happy family with two beautiful children Toni Cornell and son Christopher Nicholas Cornell. 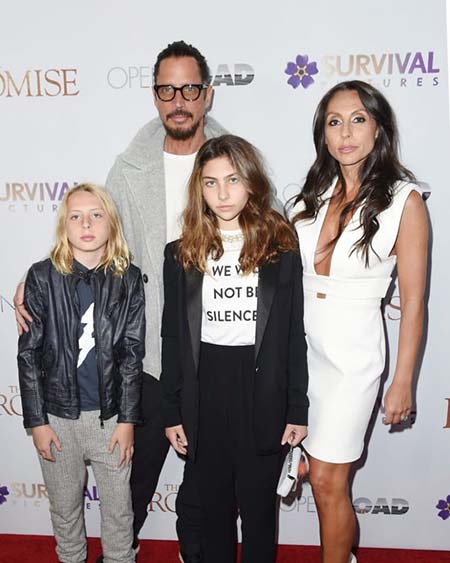 Caption: Cornell, Karayiannis and their children
Source: The Sun

The duo met when Chris was on tour with his band Audioslave in France. It was like Chris always knew that he had found the love of his life right from the start. So he proposed in 2003 flashing the Harry Winston diamond ring in a cozy and small French bar shortly after they met, well isn't that romantic?!

The couple only waited a year to tie the knot as they were deeply falling for each other and couldn't wait to start the journey of life as a family. The ceremony took place in March 2004 and had an intimate wedding in the beautiful city of Paris.

According to sources, Jeff Kwatinetz attended as Chris’ Best Man. They welcomed their son to this world in 2005. She also posts about the children in social media sites.

The couple was married for 13 years before the dark day of 17 May 2017 when the legendary musician was found dead inside Detroit hotel. The Wayne County Medical Examiner's Office sadly announced that he committed suicide by hanging himself in the hotel room he was staying at the time.

Vicky blamed her husband's doctor for the suicide, and in November 2018, it was revealed that she was prosecuting the physician for prescribing the drugs. She accused that the doctors should never have prescribed the psychoactive drugs to her late husband which resulted in his untimely death. The spouse of the rock star opened the chapter's of her husband depression and said that while he was suffering from a shoulder injury, doctors prescribed him of drugs, a benzodiazepine. 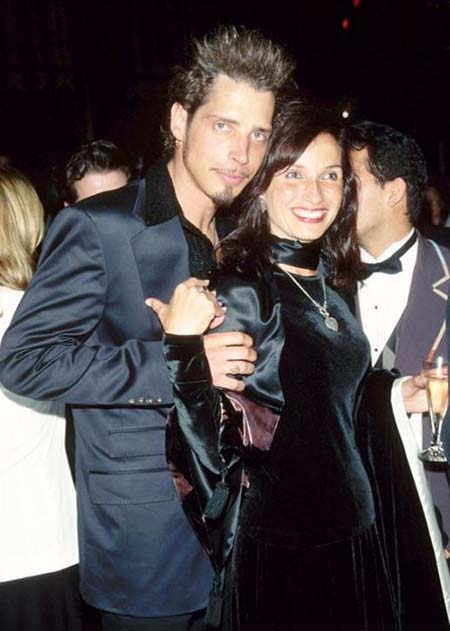 Before marrying Karayiannis, he was married to Susan Silver, who was also the former manager of Cornell’s band. The two got married in 1990 and had one daughter, Lillian Jean before they got divorced in 2003. The marriage ended when Cornell rose to fame and became rude, obnoxious and greedy. The divorced couple also has a daughter together, Lillian Jean Cornell.

Vicky Karayiannis is also a well-known philanthropist. In 2012, she and Cornell, her husband, created the Chris and Vicky Cornell Foundation, an organization which helps raise awareness of and support to children who are suffering homelessness, abuse, poverty, and/or neglect. She with her rockstar husband was very active in the charity that they founded for the well being of underprivileged children. Recently a statue of Cornell was also inaugurated in Seattle.

Thank you to all the fans who joined us last night in Seattle for the unveiling of the new Chris Cornell statue. pic.twitter.com/uvNhX3W5uW 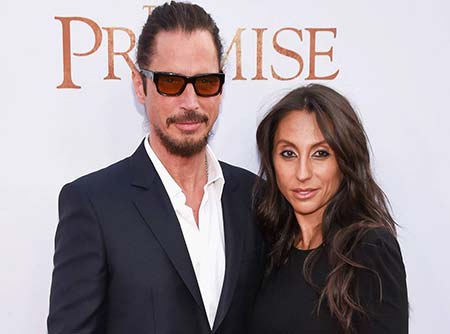 Although she maintains a private life, Karayiannis has come across some bad publicity. , her cleaning lady, Elia Mora filed a lawsuit after claiming that she was forced to work 43 hours a week, and was not even paid any overtime compensation. She was also denied any breaks while working, back in 2006. It has not been reported clearly whether the matter has been resolved.

After the death of her husband, rumors had that she hired a hitman to get her husband killed back in 2017. It was also said that she wanted Cornell dead because he had cheated on her. But these accusations never saw the light of day. 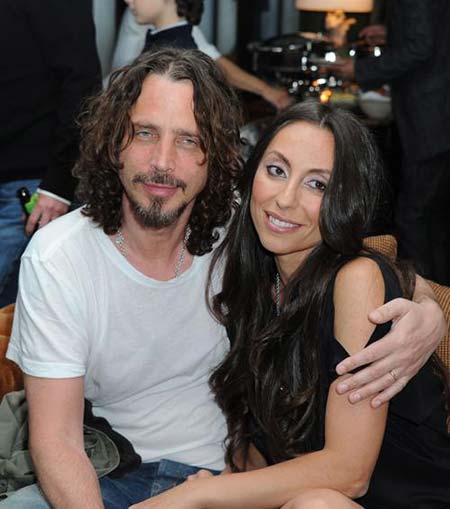