Home Article Is Actress Taylour Paige Dating? What is her Relationship Status?

Is Actress Taylour Paige Dating? What is her Relationship Status?

The gorgeous actress, Taylour Paige is currently ruling over millions of hearts with her dancing moves as Alisha Hayes in the popular VN1's series Hit the Floor.

With the growing popularity, people are more curious to know about Taylour's personal life. Is the actress dating someone? What is her relationship status? Who is her boyfriend? We have all the exclusive details here!!!

What Is The Current Relationship Status Of Taylour Paige? Is She Dating?

Taylor Paige, 27, Jean of the Joneses star is at the peak of her career these days. She currently appears at Hit the Floor and is soon going to star in White Boy Rick the American crime drama film in 2018. 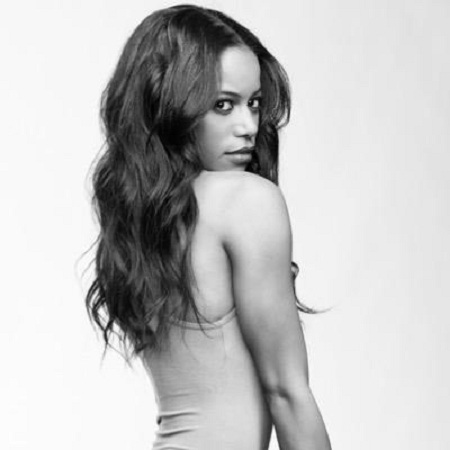 Similarly, according to her Instagram post, the blonde beauty was in a relationship with DJ boyfriend, Kyle de Pinna aka neofresco; she first shared an image with the guy on Valentines Day 2017.

The couple even celebrated Taylour's birthday together last October, and as per the caption on the image shared by neofresco, the duo dated for more than three years.

Though the two became an item for some years, it seems that they are no more together as she deleted old Instagram images with him.

Another year of life for you, my love, and I hope that this one is the best one yet! I can't believe how much we've done, and how much we've grown together over the last 3 years. I'm just happy to see you shine bb gurl. We've been making moves in silence, and I can't wait til they all see what's to come! Happy Birthday Tay, I love u so much Here's 27 hearts 4 U

They seem so much in love, and we wish them all the best in their future endeavors. 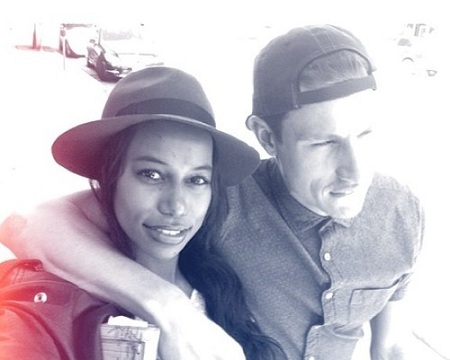 Taylour Paige dated Mark Rodriguez a few years back in past.
Source: Pinterest

Previously, Taylour was in a relationship with singer Mark Rodriguez, but the duo soon broke up.

You May Also Like: 48 Year Old American Actress Chandra Wilson Has Three Children; Her Daughter Suffered From Cyclic Vomiting Syndrome; Details On Her Personal Life

Yet she's not confirmed her break up, we cannot assure whether she's still with her boyfriend or they have parted ways.

Paige is currently in a relationship with boyfriend, Jesse Williams. The couple was spotted at several places.

Paige was interested in dancing since she was two years old. She joined celebrity choreographer Debbie Allen's dance company when she was just 12 and eventually became a Laker Girl in 2010.

"When I was a Laker Girl I only danced for three months. We did not get paid that much money and I was working two jobs at the time. I thought that it would be a little more fun but it was quite stressful."

"It’s all about your weight, your hair, having the right hair extensions, what to wear, the kind of shoes you wore. I found myself dumbing down my dances to fit in and that was just not me."

She, later on, auditioned for Allen Pearl and featured in all the musical presented by them from 2001-2009. She was later introduced to Stan Rogow who helped Paige initiated her acting career.

Also Read: 48 Years American Actress Ellen Pompeo Is Married to Husband Chris Ivery Since 2007; The Couple Shares Three Children; Chris Was A Convicted Criminal In The Past

She is currently working on the series Hit the Floor. Taylour along with the whole team of Hit the Floor was trapped in a controversy when fellow actress Stephanie Mosley was murdered in 2014 by her husband himself. Stephanie who played the character of Arelly on the show was replaced by a new cast member after the incident. 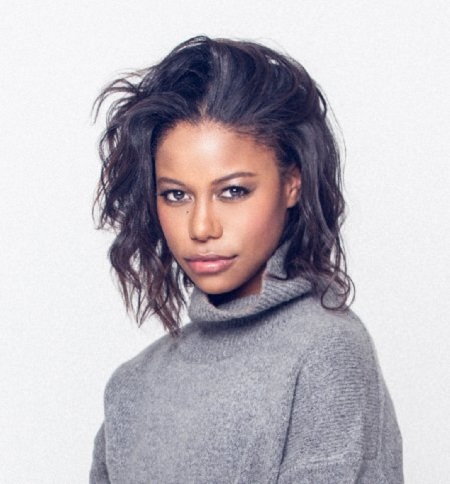