Home Article After Cheating Accusation, What Happened To The Relationship Between Swae Lee And His Girlfriend Marliesia Ortiz?? Are They Still Together?

After Cheating Accusation, What Happened To The Relationship Between Swae Lee And His Girlfriend Marliesia Ortiz?? Are They Still Together? 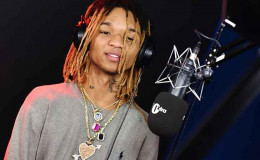 It's not hard for a famous rapper to get the attention of ladies and Swae Lee of Rae Sremmurd is definitely famous among ladies. He is seen surrounded by beautiful girls but has he dated anyone of them?

The rapper was dragged into a controversy when his girlfriend Marliesia Ortiz accused him of getting oral sex from model Blac Chyna. The couple has not been spotted together since the cheating scandal. Did they broke up or just taking a break from each other?

Check out the article below to know about his love life!!

After Cheating Accusation, What Happened To The Relationship Between Swae Lee And His Girlfriend Marliesia Ortiz??

You might know about the Black Beatles singer and his girl Marliesia Ortiz getting all cozied up back in days but due to some allegations, the couple was not seen together lately.

Not much is known about their dating life but reports claimed that Swae Lee and Ortiz started dating in early 2017. Ortiz has posted several of now-deleted pictures of them on her Instagram. 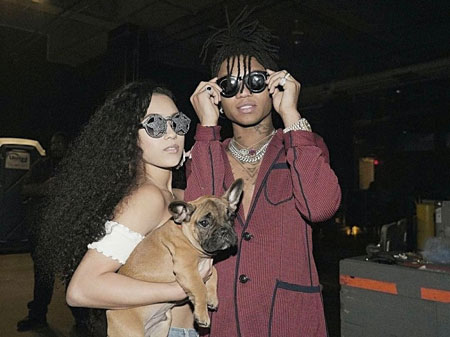 The couple was having a lovely time before Lee was caught up in a cheating scandal as his girlfriend accused him of cheating with the beautiful American model Blac Chyna earlier this year.

Ortiz allegedly posted on her social media calling out Chyna for performing oral sex on her boyfriend. Following the allegations, the couple was not spotted together and assumptions were made that their relationship has come to an end. 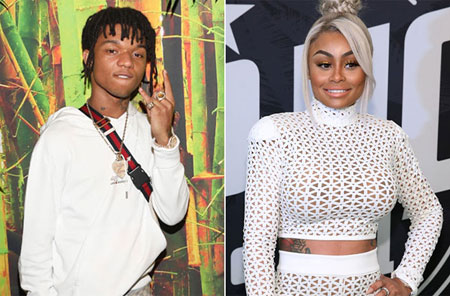 Swae was accused by his girlfriend for getting oral sex from Blac Chyna
Source: RapUp

Ortiz posted a photo captioning, "You love sucking people n---as di--s huh?" and tagged Blac Chyna. Her post appeared as they have publicly ended thing with Swae saying that they can have each other.

Love, however, does not work like that, you can not just stop loving someone. Ortiz appears to have forgiven Lee as the couple has been posting pictures of them together again.

Since not much is known about their lives, we have to take her word for it. She shared a quote in her story, telling everyone to, "stop living for others opinions and live for yours. People make mistakes its life, we're young." broadcasting her forgiveness for Swae's actions.

Well, the couple has not disclosed much information about how their relationship is going but we do hope this time, it works for them.

Swae Lee Was Injured When A Fan Threw A Phone At Him For A Selfie!!

These days a new trend of fans throwing their phones at artists at a concert to take a selfie has been going around.

Similarly, a woman at Rae Sremmurd's concert chucked her phone at Lee on 26 August 2018 but well he did not see it coming and the phone ended up busting his lip making a bloody scene on the stage in Dallas.

After the incident, Swae said,

"I swear to god I'm going to sue your ass. You just busted my tooth, bitch. Why are you throwing shit on the stage? You're throwing that shit like a baseball and I'm trying to put on a show for Y'all,"

After some attempt by Lee's brother Slim Jxmmi to restrain him, the pair cooled off and finished the concert.  He posted a video of himself on the stitches,

Lee later confirmed that he needed stitches for the wound and decided not to sue his fan for her transgression. 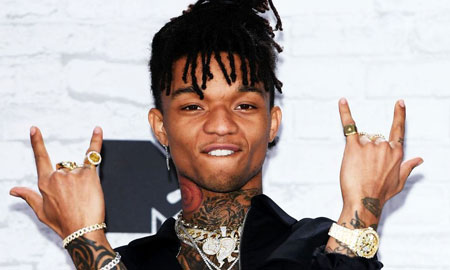