Home Article What is the Current Relationship Status Of Pastry Chef Duff Goldman? Is he Dating someone? Rumors Of Being Gay!!

What is the Current Relationship Status Of Pastry Chef Duff Goldman? Is he Dating someone? Rumors Of Being Gay!!

Food is simply an inevitable part of our lives. People around us usually are a big fan of chefs and the food they cook. Duff Goldman, one of the pastry chef and television personality have many female fans and they want to be the part of his intimate life.

Duff Goldman is one of the popular pastry chefs and television personality. He has been a part of several food-related reality shows including Food Network Challenge, Oprah, Man v. Food and The Tonight Show with Jay Leno.

There is no doubt that Duff has a huge fan following; especially girls. Well, a man who can cook, who would not want him right? But Duff is quite private when it comes to his romantic life. People are also speculating him to be gay. Is it true? What is his relationship status? Is he dating someone? We have all the details here!!!!

What Is The Current Relationship Status Of Pastry Chef Duff Goldman? Rumors Of Being Gay!!

Duff is quite private about his love life, and since he is a strong supporter of LGBT community, people often speculate him to be gay as well, but it looks like it is just a baseless rumor as Duff confirmed being a straight man.

Duff has reportedly spoken to the media and clarified that he's not gay. Sources say that he's planning to marry a woman very soon. 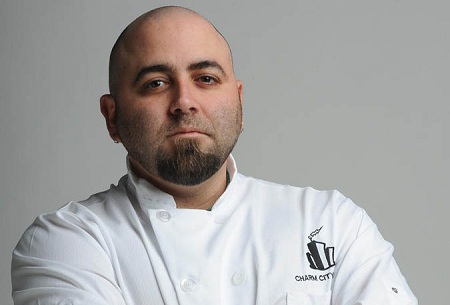 Currently, he is single, maybe because of his busy schedule but Duff once stated that he wishes to have a cake-maker wife. Well, all the girls out there it is time to learn bake!!!

Hmm, depends. What is my wife makes cakes, too? https://t.co/3mwROubNQp

Though he was regularly doubted about his sexuality, he strongly supports LGBT community. He said,

Duff, the owner of Baltimore's Charm City Cakes and the star of Food Network's Ace of Cakes, gave his views on Masterpiece Cakeshop v. Colorado Civil Rights Commission; the case that is headed to Supreme Court this December.

He was indeed against the bakery owner who stated that they have right to refuse to service the wedding cake to same-sex couples.

"I have made a career out of making the biggest, baddest, most awesome cakes in the country. It’s been an amazing journey, and I’ve served everyone from locals to presidents, and even Harry Potter!"

"When I set up my shop, Charm City Cakes, in Baltimore, I was no longer just a baker, but also now a business owner. It just so happened that my business was to sell cakes, my way."

He supported a same-sex couple in Colorado in their lawsuit against a local business owner who refused to serve them; the same wedding cakes are served to the straight couples on a daily basis.

Well, the matter is not all about the cake. This is clearly about violating the constitutional rights and discriminating LGBT people. 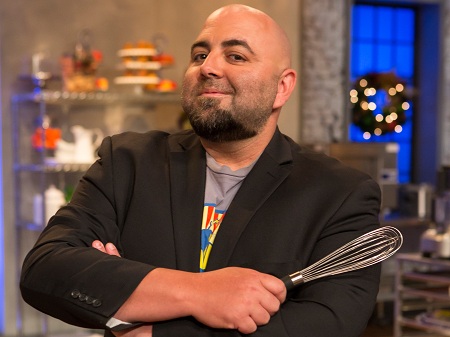