Home Article Who is Jared Leto Dating Currently? Detail About his Affairs and Dating History

Who is Jared Leto Dating Currently? Detail About his Affairs and Dating History 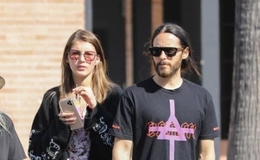 Jared is a seasoned star known for his breakthrough roles in the movies like Dallas Buyers Club and House of Gucci. Today, we're looking back at his dating history. Jared's currently linked to Valery Kaufman.

Who's Jared Leto dated and is dating currently? Most of us know that the 30 Seconds to Mars frontman scored some great girls, including Katy Perry, Miley Cyrus and Scarlett Johansson.

But fans wonder who Jared's wife is? Jared never really married and is one of the most eligible bachelors. It's precisely unclear who's played his real-life girlfriend of Leto as of 2022.

Jared Leto - Is Rumored to be Dating Valery Kaufman

Jared Leto has been rumored to be dating a Russian model Valery Kaufman since 2015 for seven years and counting but is yet to confirm their relationship publicly. 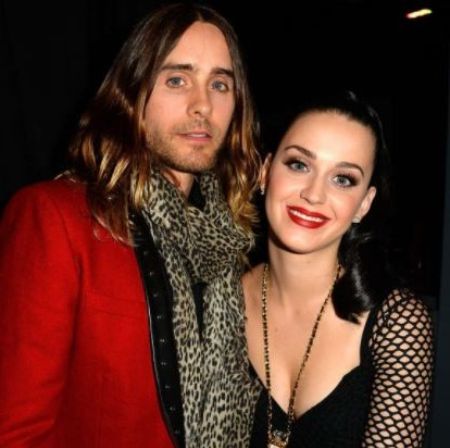 A catwalk career was a longtime dream for Valery, and she eventually got a chance to walk on the ramp for Max Cara and Elie Saab and got booked for an effective campaign, including with Saint Laurent.

As per PEOPLE Magazine, the duo didn't instantly begin solo dating. Initially, Jared and Vallery were just friends and used to hang out with a group of friends. Over time, things turned romantic Leto and Kaufman had been on and off in their relationship.

While Valery doesnt has a strong celebrity profile, both have a similar love for acting. The last time Jared and Kaufman were spotted together was when they hiked in Malibu in June 2020.

Check out the video of Jared Leto and Valery Kaufman grabbing lunch in Studio City.

In June 2015, Leto and his partner were first spotted together shopping for some groceries in New York and were seen holding each other's hands and publicly kissing.

And they were spotted again in 2018 going gym together and grabbing lunch together at Joan's On Third in Studio City, CA, in Feb 2021.

Jared Leto is an American actor and musician known for his television series My So-Called Life. But Jared is reluctant to speak about his private life. Let's find out about his previous relationship.

In a 2016 interview with Rolling Stones, he said," Even if I was in a relationship or maybe if I had kids. I don't know if I would share that information publicly."

Not to mention, Leto has had as many former flames as he has hairstyles. From 1997 to 1999, Jared dated Kristi McDaniel, an actress. And between 2004 and 2012, he had a fling with Scarlett Johansson. 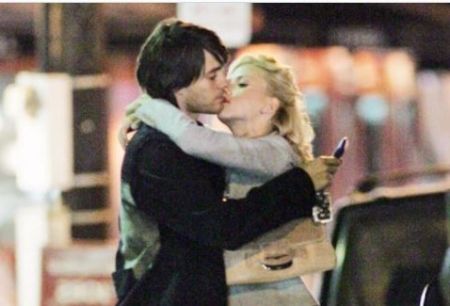 To add up, Johansson and Leto had a now-famous photo of Scarlett trying to kiss him while he checked his phone. Not to miss, Jared was also speculated to have hooked up with singer Katy Perry in 2014.

And two years later, he sparked speculation getting cozying up to Hasley. The romance rumor surfaced when Jared was captured hugging a singer Hasley at Coachella.