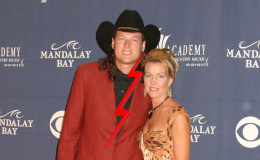 Recently, the duo was spotted sharing some sizzling smooches and PDA in Big Bear Lake, California and they sure looked really adorable!

The famous American country singer and songwriter, Blake Shelton surely knows how to make woman dance with his groovy music and charismatic personality.

The seven-time Grammy Award Nominee and the "The Dreamer" hitmaker has the long list of female fans and now he is the ultimate judge in the reality TV singing competition "The Voice".

Loved by all, we might wonder that his personal life is very perfect but, he has his own history of failed marriages and relationships.

Shelton, who was married and divorced twice, is finally happy with his new girlfriend and co-judge from the show "The Voice". Let's find out all about his relationships and affairs in this section.

Blake Shelton in a relationship with co-judge Gwen Stefani

The famous country singer Blake and the sexy "Rich Girl" singer, Gwen Stefani are now in a love boat together.

The duo started dating in the fall of 2015 and later confirmed the rumors of them seeing each other at the end of 2015. 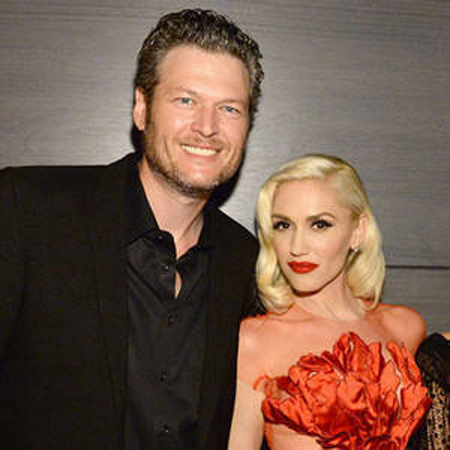 Both the singers rekindled their romance after their respective splits from their spouses. Blake filed for divorce from his former wife Miranda Lambert back in 2015 while Gwen Stefani ended her 13 years of marriage from husband Gavin Rossdale that same year.

The gorgeous singer Stefani joined Shelton on "The Voice" in mid-2014 and their relationship took a new turn from there.

Recently, the duo was spotted sharing some sizzling smooches and PDA in Big Bear Lake, California and they sure looked really adorable!

Not only that, they have been posting sweet messages on social media about each other ever since.

As per the recent news , the couple might have broken up but the duo has not confirmed the rumors yet.

The  "Over You" hit-maker Blake was first married to his long time girlfriend and singer Kaynette Williams back on November 17, 2003.

The duo was madly in love and hence decided to tie the knots and seemed really happy together. 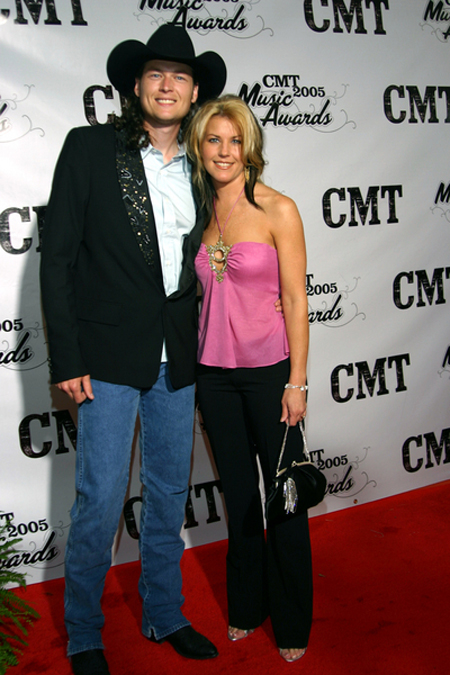 But in 2005, while going on CMT's "100 Greatest Duets Concert", Shelton met fellow beautiful country singer Miranda Lambert and fell for her right away, even though he had his wife waiting up on him back home.

The two started having an affair which became the major reason behind Kaynette's and Blake's divorce. Their marriage started falling apart and in 2006, Kaynette filed for divorce from her husband accusing him of "infidelity" and "inappropriate marital conduct." 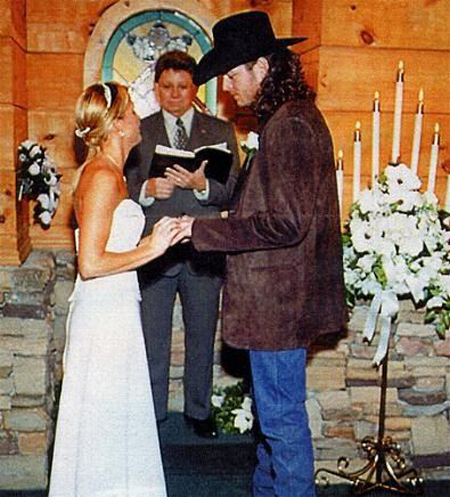 Their divorce was finalized months after that and Blake moved on with Miranda, and ended up marrying her.

On an interview with Entertainment Weekly, Blake confessed all the painful times during his first divorce from wife Kaynette. He quoted, "

“I’ve never had that kind of experience with anybody, I was a married guy, you know? Standing up there and singing with somebody and going, ‘Man, this shouldn’t be happening.’ Looking back on that, I was falling in love with her, right there on stage."

Sources report that the former husband and wife met when Blake was just starting his country music career and Kaynette was his manager. 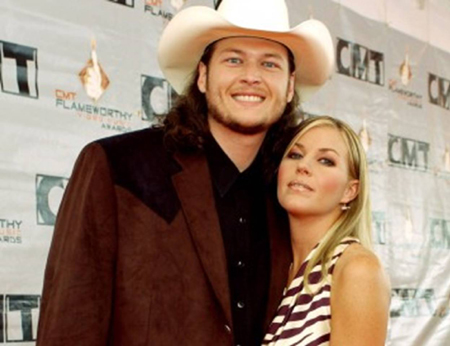 After their divorce, the Oklahoma native, Kaynette moved to Kansas city as both Blake and his lover Miranda had moved to neighboring Oklahoma town.

Kaynette even sold her Demetrios wedding gown, at a starting price of $700 and after the divorce, she now works as a math facilitator in a local elementary school.

She is still single and dating Cody Joe Scheck- the world record holder for steer hoping.

Blake and Miranda were a fellow country singer who first met each other at the CMT's 100 Greatest Duets Concert. Eventually, he started falling for the talented and gorgeous, leaving his marriage at stake. 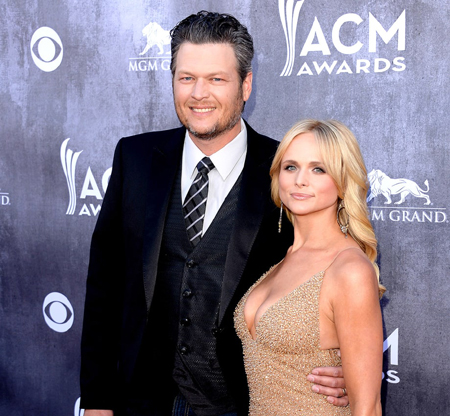 He divorced his first wife, Kaynette and got into a relationship with Lambert. After four years of dating, Shelton finally proposed Lambert and the duo got engaged on May 10. 2010.

People magazine reported that Shelton popped the question when both were taking a walk in the woods nearby their Oklahoma home. 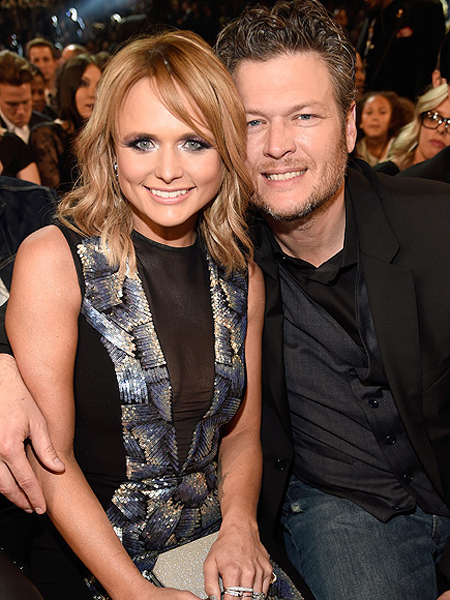 Soon after a year, the pair tied knots and made it official. This powerhouse couple really seemed happy but after four years of wedding bliss, they announced their split! Shocking right?

The pair announced their split on media back in July 2015 and released a joint statement quoting, " This is not the future we envisioned. And it is with heavy hearts that we move forward separately."

Further said, "We are real people, with real lives, with real families, friends, and colleagues. Therefore we kindly ask for privacy and compassion concerning this very personal matter."

Here's a video of Blake and Miranda's interview by Euneeda Biscuit. Enjoy watching!

Now, the duo has moved on with their lives and have sorted out everything. Blake is happy with his new girlfriend, Gwen Stefani and the couple is going really strong.

We hope that this time, Blake finally settles down with her and live together happily forever.