Home Article Will Smith's son Jaden Smith cuddling with his new Girlfriend Odessa Adlon; Find out more about the pair

Will Smith's son Jaden Smith cuddling with his new Girlfriend Odessa Adlon; Find out more about the pair

Will Smith's son Jaden Smith cuddling with his new Girlfriend Odessa Adlon; Find out more about the pair and find out his current relationship

Jaden Smith is keeping up with his activities with the latest girlfriend, Odessa Adlon.

The son of Will Smith and his second wife, Jada Pinkett Smith was chatting on his phone while his girlfriend looked on.

Both of them looked kinda cool wearing a simple jacket. Jade wore a blue denim jacket whereas his girlfriend wore a Harley Davidson black jacket. 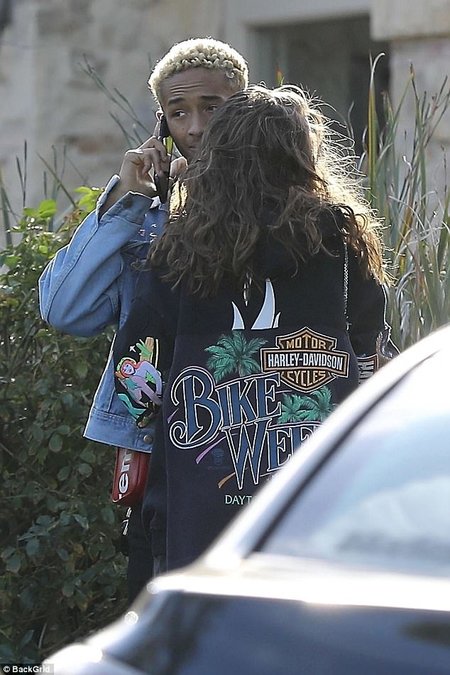 Jaden and his girlfriend Odessa were out for an outing together in Calabasas,
Source: Daily Mail

Just like her boyfriend, Odessa is a child star as well and she is the daughter of Emmy-winning King of the Hill star Pamela Adlon.

The name of her father is Felix O.Adlon. He is the son of big German director Percy Adlon. This is Jaden's first public relationship. He is in the news due to his antics and what type of cult he has formed with his own ideology

Even though he started his career as an actor while starring in the movie, The Karate Kid, along with the big star, Jackie Chan.

Unlike his father, Jaden choose a different path and became a rapper. He recently released his own solo album, Syre. The album was at the 24th position at the Billboard Top 200 charts.

Though, during this years nomination for Grammy, Jaden was left empty-handed as his song didn't make it to the list. 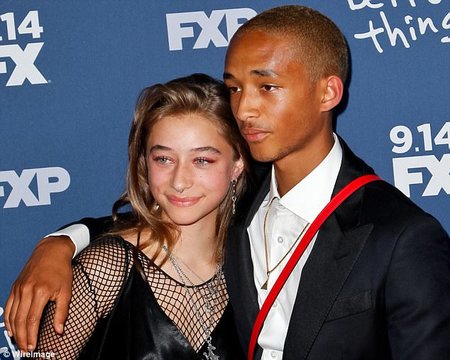 Jaden and Odessa attending an event together in Los Angeles,
Source: Daily Mail

But he is pretty happy in his current life and living just like he wants to. The actor and rapper is enjoying his life with his current girlfriend.