Home Article YouTube sensation CJ so Cool's girlfriend Royalty recently suffered from a miscarriage: The couple has three other children: Know about their family life

YouTube sensation CJ so Cool's girlfriend Royalty recently suffered from a miscarriage: The couple has three other children: Know about their family life

Cordero James Brady popular as ‘CJ so Cool' is popular for uploading videos on YouTube. He runs his own youtube channel named ‘CJ so Cool’ where he has almost 2 million subscribers and we can assume his popularity.

YouTube sensation CJ so Cool is living happily with his girlfriend and future wife Royalty but the pair suffered a horrible miscarriage in 2017!

Nowadays, social media introduces us with new talent and among those supremely talented faces ‘CJ so Cool’ is one of the YouTube sensations. He is popular for uploading reaction on a viral, prank, and other sorts of videos.

Despite that, how many of you knew about his girlfriend ‘Royalty Johnson’ and children. Well, today we are here to dig out the personal information about your favorite star. So let’s began!

Cordero James Brady popular as ‘CJ so Cool’ is committed to her long-term girlfriend 'Royalty'. He often features his partner in his videos.

If we check their social sites then we can find them sharing their cutest pictures which proved that they are enjoying one another company and living their blissful life.

I had put my back against the wall tell me that I don't deserve to Ball ???? #realationshipgoals #balmain #ovo #Doubletap

Recently, CJ so Cool posted a picture of her partner on his Instagram account mentioning it as a bad news and expect only positive vibes and that news is actually really sad.

After getting the exciting news about being pregnant we learned today that those pregnancy numbers have dropped which could mean a miscarriage so we need all the love and support we can get for my baby ???? #PositiveVibesOnly

Royalty who expected her fourth child and made her family very happy, but unfortunately, they learned that she had a miscarriage.

Discover: Rapper 2 Chainz is living a blissful life with wife Kesha. Know about his married life and children

He shared this sad news on his YouTube channel too.

However, after her miscarriage also she decided to be thankful because she can't change the reality and her recent Instagram post gives full validity where she receives support from her fans.

The couple Live Together With Four children

The couple is blessed with four beautiful children and among them, three are daughters and one son. His youngest daughter's name is ‘Nation’. According to the source, he is a stepfather of three of Royalty's kids.

When I say SO COOL you say FAMILY “SO COOL”

Despite being a stepfather, he loves all four kids equally. Well, the family of six never miss a single spot to pose wearing the same attire and post the Instagram image. Here's the star celebrating 'Father's Day' in June 2018.

As per his fans, the girl wearing the orange belt in the image is his biological daughter.

Often CJ so Cool and his wife shared their kids’ pictures on their Instagram check it out:

We put our allowance together so that we could do another giveaway like if you want to win ????

CJ So Cool: His wonderful Career

CJ so cool started his journey on YouTube since 2014 and it’s been almost 3 years and he is on the highest peak of his career. On December 24, 2014, he uploaded his first video on youtube and it was a massive hit.

On December 24, 2014, he uploaded his first video on YouTube and it was a massive hit. 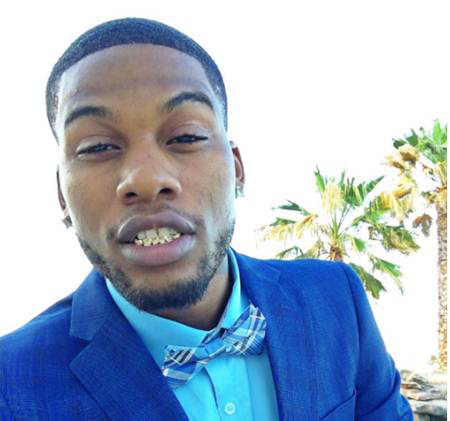 Before being a YouTube sensation he worked as a casino craps, blackjack, and poker dealer. He is also a US Navy Veteran. Day by day he became more famous and his around 2 million subscribers are proof of it.

You May Like: Is Rapper Action Bronson Dating someone? Know about his Current Relationship Status

In his videos, he often features his girlfriend Royalty and Brother Jinx in his videos whereas his brother is also one of the YouTube Phenomenon popular for uploading funny videos.

CJ so Cool is always making headlines because of his videos and faced many criticisms.

In 2015, CJ faced much criticism from other YouTubers for stealing the videos which feature CJ himself and Brother Jinx. However, he received less criticism than his brother.

After a year of that incident, he again created buzz on May 18, 2016. He uploaded a video where he went to a local drug store, bought laxative and put it on a children food.

The children felt uneasy and then proceeded to laugh at them while they painfully used the restroom. He received criticism for abusing child and poisoning.

“My Page Was Hacked And They Deleted Everything Now I Must Start From The Bottom Again" he also mention, his ‘bank account’ was also hacked."

The hacker deleted his 1033+ videos. However, after a week later YouTube uploaded his 700 videos.

Despite all those controversies and problems, he has achieved huge success not only in his professional life but also in his personal life.

We wish him all the best for his future.

For more recent news and updates about your favorite celebrity, keep following our page!!