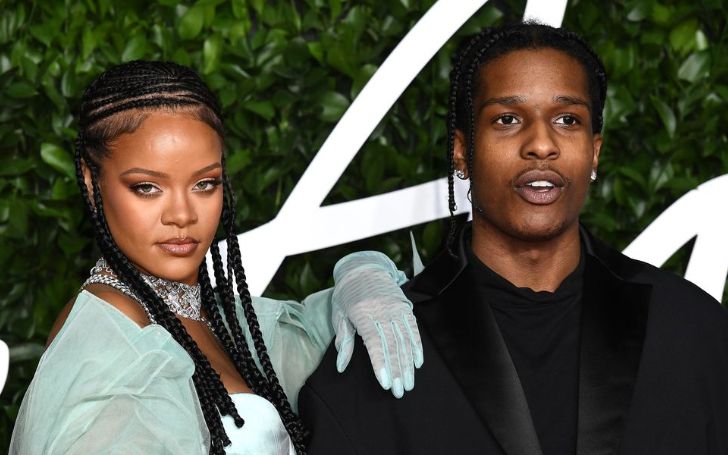 The news has been sparkling all over the internet after the 32-year-old rapper, A$AP rocky confirmed his relationship with American pop icon Rihana with GQ magazine.

American rapper A$AP Rocky in an interview with GQ magazine called Rihanna "Love of my life" confirming his relationship with the pop icon.

A$AP Rocky and the hitmaker have been friends since 2011. The rapper also supported Rihanna for her World Diamond Tour where he performed his heavy hit song "Pretty Flacko" in its opening show back in 2013.

The pair was also featured in A$AP's single, "Fashion Killa" with the 32 years old singer being featured on her guest verse in the remix version of "Cockiness" in 2012. 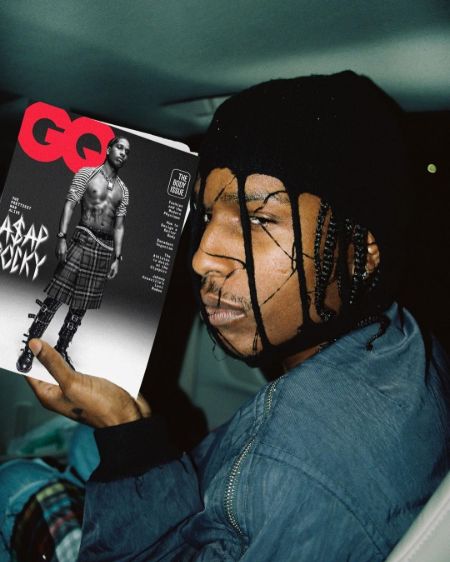 But, A$AP always had a friendly and mutual feeling for Rihana. Not to mention, the Rude Boy singer was also spotted with the rapper in the Louis Vuitton show, in France in 2017, The annual diamond in 2018, 2019, and The British Awards in December 2019. Besides, the Who Dat Boy hitmaker also appeared in a 33-year-old singer's Fenty Skin campaign in July 2020.

And, it was after Rihana broke up with her ex-boyfriend, the Saudi billionaire businessman Hassan Jameel in January 2020, the rumor of affairs of her and A$AP Rocky escalated.

It's reported that the duo was seen having dinner in Los Angeles, spending time on Cruise of  Barbados, New York. During his quarantine time, A$AP Rocky also told in the interview that had a fun time traveling in the crossroads on a tour bus with the singer. 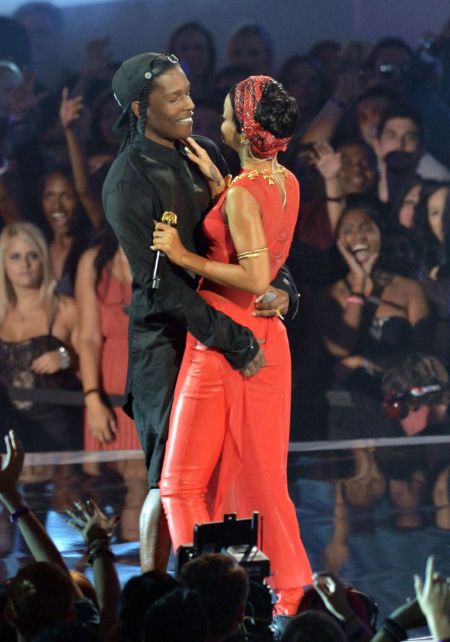 A picture of A$AP Rocky and Rihana on tour. SOURCE: Pinterest

The Purple Swag rapper openly told how he feels about his love for Rihanna with GQ. "It's so much better when you got the one. She amounts to probably, like, a million of the other ones."

He also added, "I think I'd be an incredible, remarkably, overall amazing dad. I would have a very fly child. Very. When asked about being in a relationship, the rapper said, "I think it's important to have somebody that you can bounce those creative juices and ideas off of. It's just a different point of view."

Talking to the magazine, the rapper also talked about being charged and locked up for street assault in Stockholm. Then-president Donald Trump asked the Swedish government American rapper to release from solitary confinement after spending almost 24 hours.

Rakim Meyer (A$AP Rocky) also opened up about his upcoming album "All Smiles," which is 90 % done by far. He collaborated with Morrisey and Rihanna to be a creative part of the album. Despite him being publicly open about his relationship, Rihana is yet to give her statement.

As of now, Rihana hasn't talked about this issue anywhere on the media after breaking up with her ex-boyfriend.