Home Article Broke-Up Already? Jamie Foxx Goes Out For A Walk with his Ex-Girlfriend Kristin Grannis amid his Reported Relationship with Katie Holmes

Broke-Up Already? Jamie Foxx Goes Out For A Walk with his Ex-Girlfriend Kristin Grannis amid his Reported Relationship with Katie Holmes 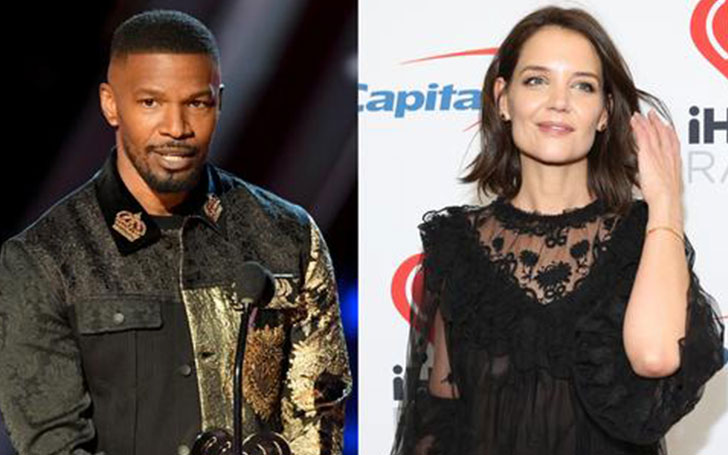 Rebonded! Jamie Foxx goes out on a lovely date with ex-girlfriend Kristin Grannis amidst his relationship with Katie Holmes.

The Django Unchained's Jamie Foxx got spotted having a quality of time together with his ex-girlfriend Kristin Grannis and their daughter, Annalise Bishop. 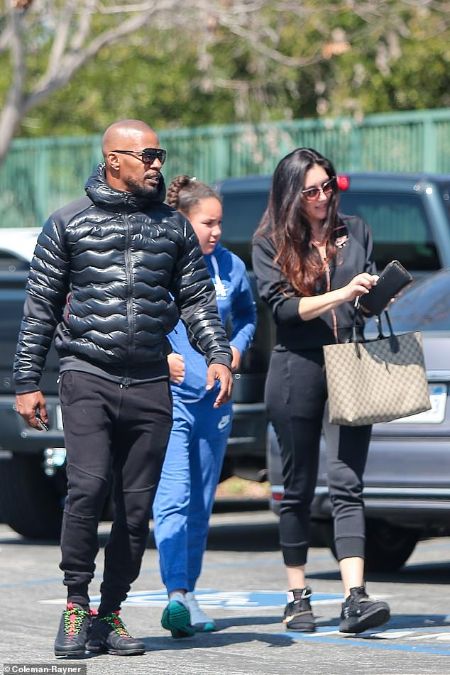 Jamie, 51, and his 42-years-old ex, Grannis along with their only daughter Annalise went for a sunny walk in the streets of L.A. on Sunday, March 24.

The sighting of Jamie and Kristin comes weeks after Foxx announced about being a single at an Oscars charity gala. 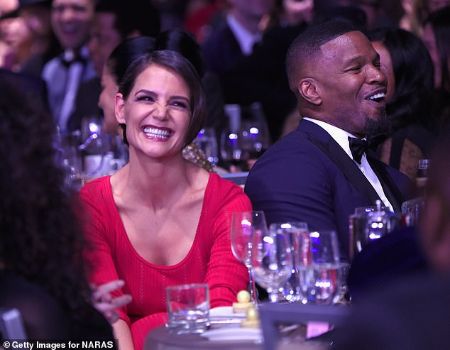 He sparked rumors about he split from longtime girlfriend Katie Holmes by 'declaring himself single' at an Oscars afterparty last month.
SOURCE: Daily Mail

Did he actually mean it? He was in a relationship with Katie Holmes, wasn't he?

Despite, being in a relationship with Katie Holmes for more than four years, the on-screen character seems to move onto his past love.

Katie and Foxx kicked off their romance in March 2015. Jamie, who shares another daughter Corinne Foxx from his relationship with Connie Kline was spotted with Katie on a romantic trip in Miami in December 2018, which may be their last appearance together.

Since then, their relationship sailed one to other ends as days after their Miami vacay, Foxx was spotted with model Olivia Culpo and actress Cara Santana on a private yacht. 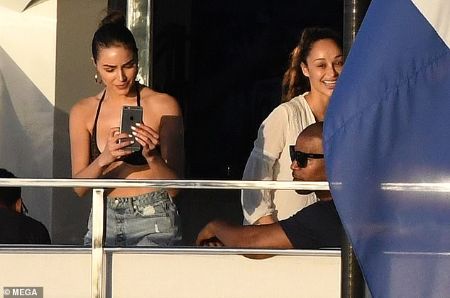 Olivia Culpo snaps pictures of Jamie Foxx as he relaxes on the yacht.
SOURCE: Daily Mail

However, neither Jamie nor Foxx have made a public announcement about their break-up.

You May Like: Jamie Foxx Left ESPN Studio And Walked Away After The Host Asked Him About His Alleged Relationship With Katie Holmes. Get All The Details Here

On the happy side, Cruise and Holmes' beautiful creation, their 12-year-old lovely daughter, Suri went on a charity trip to "Refugee Camp" in Greece with her mother. Mom and daughter beautifully helped the people of Moria Refugee Camp on the Greek island of Lesbos on Friday, March 22.

It'd have been even more perfect if Tom Cruise moved back onto his love!