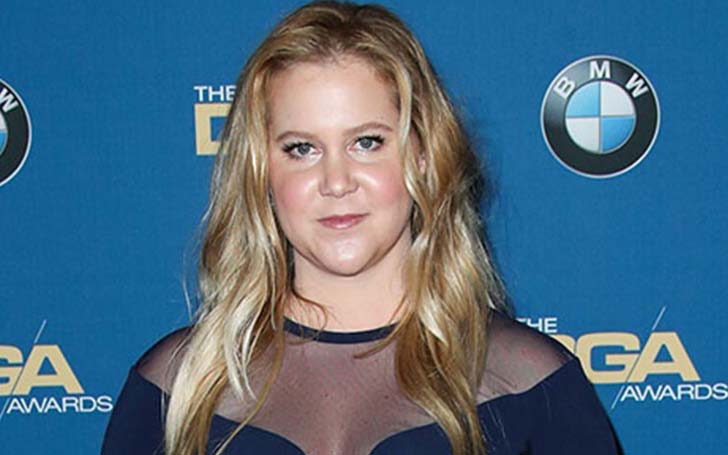 The most awaited moment; Gene Attell Fischer is finally on Earth!Stand-up comedian Amy Schumer who gave birth to a new baby boy on Monday revealed the newborn's name on Tuesday via Instagram post.

Amy Schumer who made numerous jokes about her pregnancy is now making another attempt to drag the attention of fans.

She gave birth to a baby boy on Monday and took to Instagram sharing an image of her son alongside her husband Chris Fischer. 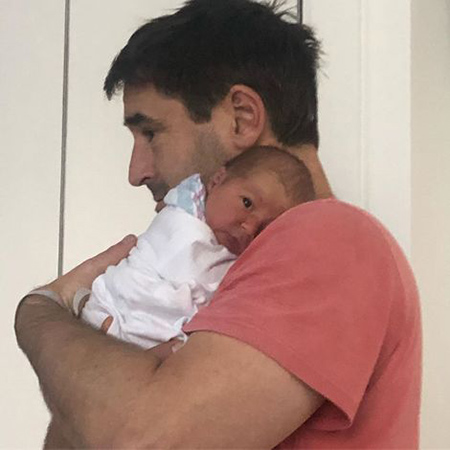 While her fans were so quick to praise her choice of name, others marked that Gene Attell gives rude meaning when pronouncing both names loud.

About to announce some exciting news on @jessicayellin insta page. Please follow her for up to the minute #newsnotnoise she breaks down what’s really going on. She agreed to post a lil noise today for me! Follow her and VOTE!!

A number of fans of the star started questioning her whether it was another prank for the comedian.

Surely this is a prank from Amy Schumer. Gene Attell. Like... genital? pic.twitter.com/llwSGvTunn

Amy Schumer named her baby Gene Attell... Say that aloud and try to tell me it's a good name choice... https://t.co/kgOIKA5t22

So...@amyschumer named her son Gene Attell. Both good names on their own, but sounds an awful lot like Genital if you say it out loud.
Are we sure this isn't a bit? She's going to announce the real name soon right?

In addition, the middle name of the baby boy refers to her fellow comedian and friend Dave Attell. Attell recently welcomed Schumer to perform at his show at Caroline's in New York City in January.

Schumer, 37, and her husband chef and farmer Chris who tied the knot on 13th February 2018 who welcomed their first child on 5th March shared the news via snapshot. 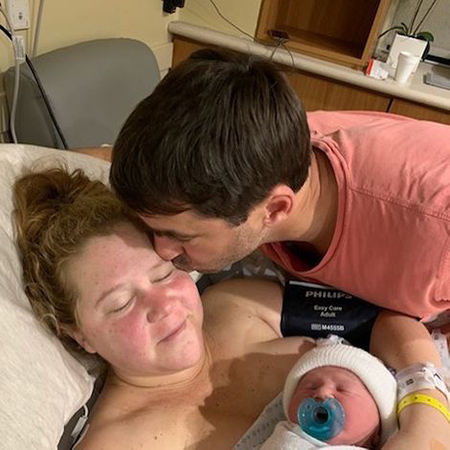 Comedian Amy Schumer sharing the first shot of her newborn.

She also joked about the similarities between her and Meghan Markle who also gave birth to her son on Monday.

As the lovebirds are enjoying bundles of joy with the arrival of their son, let's congratulate them with all out hearts!