Home Article Family Fun! Actress Angelina Jolies Takes her Children out to the Premiere of MoMa

Family Fun! Actress Angelina Jolies Takes her Children out to the Premiere of MoMa 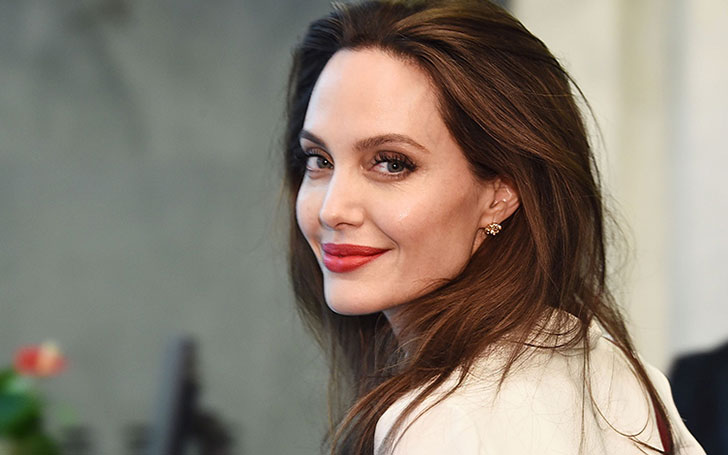 Angelina Jolie attended a documentary premiere with four of her children on Thursday. The gang appeared happy and excited during their night out. 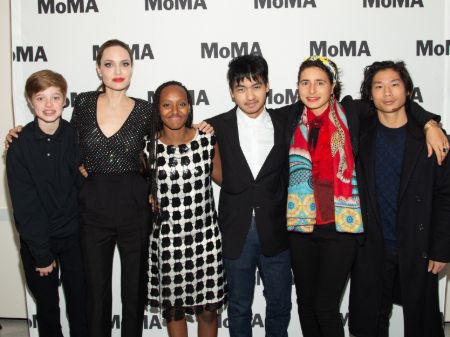 Jolie and four of her kids attended a premiere in NYC.
SOURCE: W Magazine

Jolie appeared arm-in-arm alongside her oldest children and Nourry while facing the cameras. The mother-children gang seemed really happy and excited during the family outing.

While the actress was busy promoting the documentary, the kids were the one who stole the show. The four siblings appeared all energetic and grown-up during the show as well as the photo shoots.

The documentary is centered around Prune's up and down journey through her breast cancer diagnosis, her treatment and the effect it had on her body.

The Oscar-winning actress is quite close to the cause. Her mother, actress Marcheline Bertrand, also fought a battle against breast cancer and died from ovarian cancer in 2007.

Recommended: Learn about seven most common cancer found in women and also know about the treatments

As a preventive major, Jolie went through a preventive double mastectomy after the knowledge that she might have inherited her mother's disease. She opened up about the procedure in a candid op-ed published in the New York Times in 2013.

As a supportive friend, Jolie introduced the film at the premiere held in the Museum of Modern Art. She referred to Nourry’s decision to document her journey as an act of generosity.

“I’m honored to be here to support my dear friend, Prune Nourry, and to introduce a unique, brave and mesmerizing film. A tribute to the spirit of a woman, and a journey into the mind and soul of a true artist.”

“I think in the process, she helps all of us to feel a little more brave, more connected to our bodies and to each other, more willing to accept our own scars, and better able to understand that these things too are part of life, and part of what it is to be a woman. Cancer is a word that still strikes fear in us,"

“But fear often comes from not knowing what our choices and options are. Even if it can’t always be conquered, fear can be met head-on with the support of others.”

She shares her six children with ex Brad Pitt, including 10-year-old twins Knox and Vivienne. The former couple went through a heated custody battle post-divorce.

Although the Salt actress filed for divorce back in September 2016 they only reached a truce in December 2018. However, the details of their understanding have not paved its way to the public as they hired a private Judge for the case. In addition, they also maintained that they didn't reveal the details with the children's well-being in mind.

Brad Pitt is rumored to be dating Charlize Theron as of late. Though the rumors have not been confirmed by either of the actors, their longterm friendship is said to have taken a romantic turn starting early 2019.

The Fight Club actor is currently hot waters as his rumored girlfriend feels betrayed after he attended the 50th birthday of ex Jennifer Aniston. Pitt allegedly also engaged in a romantic getaway with the FRIENDS star.

He also dated Kate Hudson for a short period after his split with Jolie.