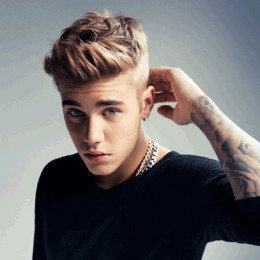 Justin Drew Bieber is a Canadian singer, songwriter and model. He came to prominence after getting discovered by his current manager, Scooter Braun, through his YouTube videos in 2007. He has won several awards such as, American Music Award for Artist of the Year in 2010 and 2012 and was listed one of top ten powerful celebrities in 2011, 2012, and 2013 by Forbes magazine. He was born to Patricia Mallette and Jeremy Jack Bieber. His parents were never married.

He is yet unmarried and is currently said to be single. Till now he has been in a relationship with lots of gorgeous ladies and his affairs used to be hot news all over the world. He has mostly dated ladies older than him. Besides that, he was often romantically linked with some of the popular faces such as Miley Cyrus, Rita Ora, Adriana Lima, Kylie Jenner and many more. This young man has been a part of several controversial issues to date.

Justin Bieber was born Justin Drew Bieber on March 1, 1994, in London, Ontario, at St Joseph's Hospital. He is the only child of Jeremy Jack Bieber and Patricia "Pattie" Mallette. Bieber was raised in  Stratford, Ontario by his mother and stepfather, Bruce.

Bieber holds American and Canadian nationality  and as far as her ethnicity is concerned he is  French-Canadian descent from his mother's side. He has two half-siblings, Jazmyn (born 2009) and Jaxon (born 2010).