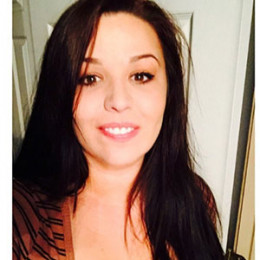 American native Kacey Caviness better known by her alias name Kaceytron is amongst the popular female streamers we have today. She streams games like World of Warcraft, Hearthstone, Counter-Strike: Global Offensive, League of Legends since 2013. Besides, she maintains a YouTube channel where she uploads various contents like trolls, interactions and so on.

Early Life and Education of Kaceytron

Kaceytron was born Kacey Caviness under the birth sign Sagittarius on December 19, 1992, in the United States. She belongs to French and American descent. Her parents raised her with two younger siblings, an autistic brother, and a brother till the age of five. 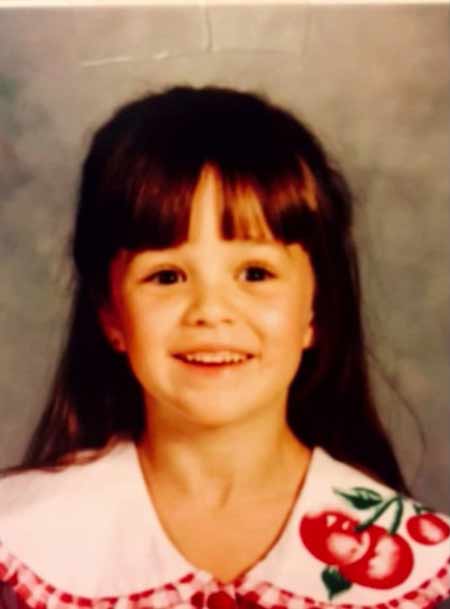 Kaceytron.
SOURCE: Reddit
Afterward, due to her mother's drug addiction, they went to live with their grandmother. Kaceytron played a lot of games like StarCraft, World of Warcraft, Diablo II on her grandmother's computer as growing up.

You May See: Dr. DisRespect

Later on, at the age of 17, she moved out and enrolled in a college but her focus stacked elsewhere. Her earlier jobs include doing retail jobs for Delia's, GAP and Claire's.

Kaceytron is professionally a Twitch streamer and YouTuber who streams games like World of Warcraft, Hearthstone, Counter-Strike: Global Offensive, League of Legends since 2013.

On the Twitch network, she maintains 460,000 followers and streams various other contents like trolls, interactions, and others. 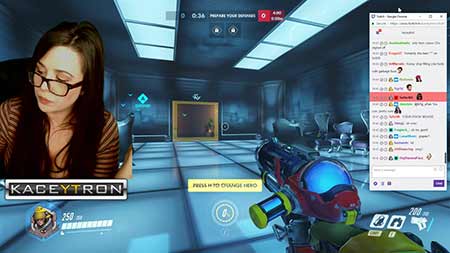 The twitch star is always caught in controversies for roasting other streamers and gets hate comments for it. Jason v5959, a streamer even decided to start a petition to ban her from the network and began listing the laws she violated.

Moreover, her misconduct included inappropriate content, hateful harassment, and sexual content but since Twitch announced about creating new conditions regarding sexual content, the petition got canceled. For her straightforward personality, people named her, Titty Streamer. 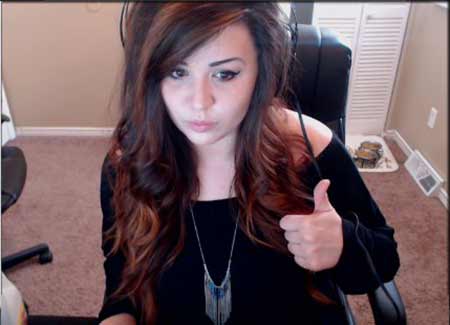 Kaceytron also created her owns series known as Kaceytron University which is a parody of Trump University in 2016.

In her social sites, she encourages other women to make a career in Twitch. As for her YouTube career, she maintains 65k subscribers on YouTube and uploads varieties of videos which amassed monthly 114,660+ views.

Kaceytron main source of earning is from her career as a streamer and YouTuber. The average salary of a twitch streamer range between $1000-$10,000 per hour according to their gameplay. Moreover, the top 10 streamers earn around $20 million annually.

Furthermore, she owns merchandise on the shopping website Design by Humans where she sells her customized items. The collection includes T-shirts for $25, tank tops for $25 and sweatshirts for $44.

If we take into consideration all of her earnings and revenues, Kaceytron's net worth is somewhere around $200 thousand.

Kaceytron is not married and she is not rumored to be in a relationship with anyone at the moment. There is no information about her dating life in the media. She mentioned in a tweet about having a boyfriend but other details aren't mentioned anywhere.

Kaceytron is usually found encouraging other women to make their career on Twitch despite the network's new guidelines of not wearing provocative clothes.

Furthermore, the streamer became furious when Twitch gave more emotes to renowned streamer Ninja since she found it biased. She talked about how Twitch is always favoring the streamer as he is the most followed on their network.

In early 2021, Kaceytron received a lot of hate and backlashes from the fanbases of Dream who is a Minecraft streamer. Apparently, Kaceytron tweeted that fans don't hold their favorite accountable when they do wrongs.

Although Kaceytron didn't mention anyone, fans thought she aimed her tweet at Dream. Not long after the remarks of Kaceytron was released, her old video of saying the 'N' word surfaced. However, Kaceytron tried to clarify that's she didn't say the word and it was the background music that made it sound like she said so.

Take a video at Kaceytron reacting to Ninja Drama.

Kaceytron is quite popular on social sites. She maintains 62.5k followers on Twitter and 1.6k Instagram followers.

Kaceytron stands a decent height with brown hair and eyes. However, some sources say her height is 5'4 feet and some 5'9 feet. Since it is not from a reliable source, nothing is confirmed.

Do visit Marriedwiki.com/wiki for more Biographies!!!!