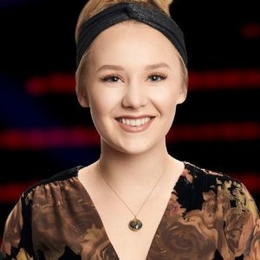 American singer Addison Agen was a real dark horse in the season thirteen of "The Voice." Because of her calm nature and lovely personality, she was often overlooked by many judges. But, at the same time, she was slowly garnering fans across America with her emotional voice and slow vibrato. Because of her fanbase, she reached finals and earned the second position.

Addison Agen is winning the heart of millions of fans with her sweet voice for years. However, is there anyone who has stolen her heart?

Since the Tennesse Rain singer did not mention the name of her boyfriend, so people were left guessing. Many speculate that her mystery boyfriend is a guy named Noah Synder.

Agen and Noah attend the same high school and are friends since freshman year. They even went to prom together in May 2018. She posted a picture on that occasion and captioned it:

Quite a crazy 24hrs! I had a show and prom on the same night! Love you, Noah Snyder, 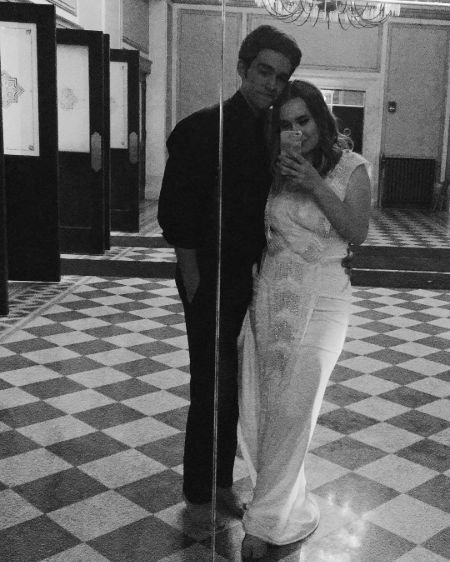 Agen had posted a few more lovely-Dovey pictures with him on her social media. However, she stopped posting photos of them by the latter half of 2018. Thus, it is difficult to say whether they are still together or broke up.

Addison Agen is a big fan of tattoos. Infact at one point in her life, she wanted to be a tattoo artist. She thinks Tattoos are one of the best ways to show creativity. She got her first tattoo on her seventeenth birthday alongside her mother, Kristine Agen. Her tattoo featured a firefly with a coffee cup. 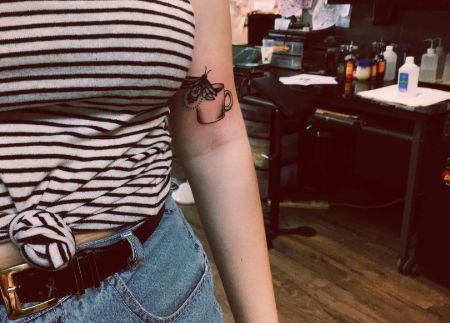 You may be thinking, a symbol of a coffee cup is a odd choice. Right, it is different, but the singer chose this design for sentimental reason. She is emotionally attached to the place called Firefly Coffee House.

In this place, Agen's mom worked for several years, and when she turned ten, she began to sing at this place. Infact her singing was so appreciated by the customers that someone even asked for her autograph. Because of all these reasons, she settled on this tattoo.

In 2019, the young artist got another tattoo in her arms. The tattoo is a visual for a song called Smiling Underneath by Ani DiFranco.

Addison Agen holds an overall net-worth of $200,000. She earned this amount from her sucessful music career.

Recognition From The Voice

Addison, who is a gifted singer, started singing from a young age. She used to sing in the local restaurants and nursing homes of her hometown Fort Wayne, Indiana. 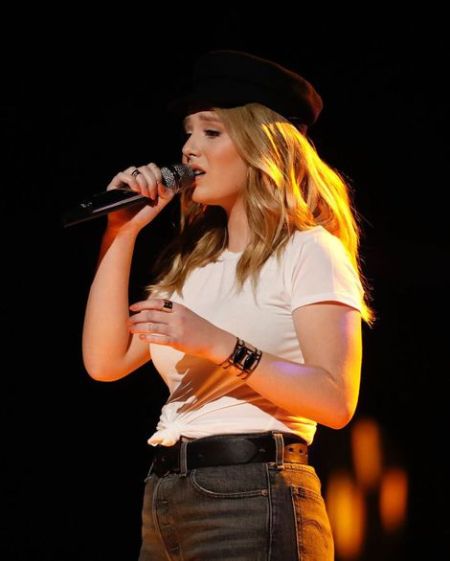 In 2017, Agen's Spanish teacher heard her singing the national anthem in a volleyball match in her high school. She was so amazed by her talents; she requested her mother to fill the form of "The Voice" Auditions. Her mother thought this was a good idea and thus filled the form without Agen's permission.

Addison was surprised by her mother's action, but she took a leap of faith and went to the Chicago audition. She passed the regional tests and traveled to Los Angeles for further rounds.

On blind audition, Indiana native sang a cover of Jolene by Ray LaMontagne. Adam Levine and Miley Cyrus turned the chairs for her. She chose Miley as her mentor and became part of Team Miley.

In the battle rounds, Addison lost the battle against Karli Webster, but Adam Levine saved her, and she joined Team Adam. Under his mentorship, she continued to perform well and reached the finals alongside Chloe Kohanski, Red Marlow, and Brooke Simpson.

In the finals, Addison performed a solo cover song, a duet with Adam, and an original song. All three of her songs reached the Top ten on iTunes, but she sadly lost the cup and prize money worth $1000000 to Blake Shelton's team member Chloe Kohanski.

Addison remained in Los Angeles for nearly a year for the show. To cover the expenses there, she was given a small stipend from the show. Other than that, she did not receive any extra money. However, she did get the exposure that forwarded her singing career.

Life after "The Voice"

Addison, after coming second in the singing competition, became a star in her hometown of Fort Wayne, Indiana. She was invited to sing at various theatres and festivals.

She gave dazzling performances at the Embassy Theatre as well as shared the stage at the Three Rivers Festival with fellow The Voice alum, Christina Danielle. Not only that, she signed with Midwest-superstar Bib Seger's management company, Punch Enterprises.

With the rising popularity, Addison opened a online store where she sells musical CDs and merchandise. Her Music, on average, sells for $4.99-$21.00, whereas T-shirts cost $24.99.

Kickstarter For A New Record

It seems like there is a high demand for her new album. She completed her target some days before the deadline. Since the monetary issues are resolved so hopefully, people will get to hear her songs soon. 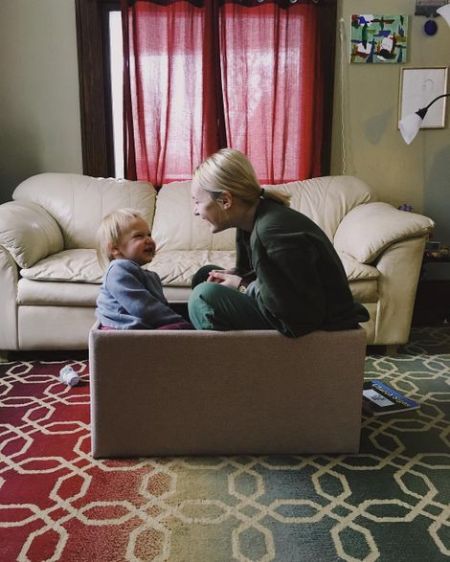