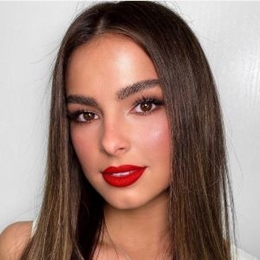 Addison Rae Easterling is a famous and emerging young American internet personality who came to the global limelight with her exciting content in Tik-Tok where she boasts millions of followers.

Are Addison Rae and Bryce Hall still together?

Being a famous celebrity on the internet makes one life difficult to keep things private and simple. Over the year, a lot of rumors circulated about the dating life of Addison Rae. Mostly with the 21-year-old Bryce Hall, also a Tiktok star who was spotted spending time with Rae a lot. Addison and her then-boyfriend Bryce also loved sharing pictures of the two travelings and hanging out. 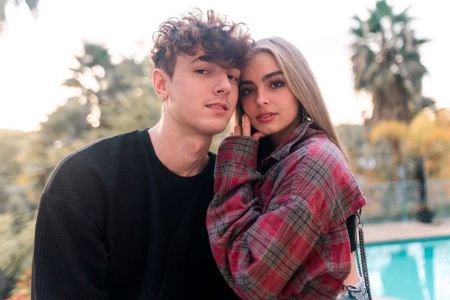 Addison in early December 2020, uploaded a youtube video collaborating with Bryce with the title "The truth about Us" which was found cute and heart-warming by viewers and her fans.

However, Bryce, in an interview of Feb 2021, was asked if the duo had split up or were still together. Bryce answer there was no problem and that things were going on on good terms, even after they had broken up a few times before.

But, the relationship didn't last long. Both Bryce and his ex-girlfriend aka Addison deleted the pictures of them together. The reason behind their breakup was unknown until Bryce uploaded a video with the title "We Broke Up" on his youtube channel confirming the love birds have separated for their own good.

The journey of Addison Rae on TikTok began with uploading her dance videos with the trending songs, just like Loren Gray another famous TikTok Star. But, soon after collaborating with the group "The Hype House" her popularity sky-rocketed.

From 2019, Rae has 79.9 million followers with being just behind Charli D'Ameilo whose followers have reached 100 million. Moreover, Addison's activity on Youtube and Twitter has reached a respectful mark with 4.79 million subscribers and 4.8 million followers respectively, which is not bad for a TikTok celebrity. 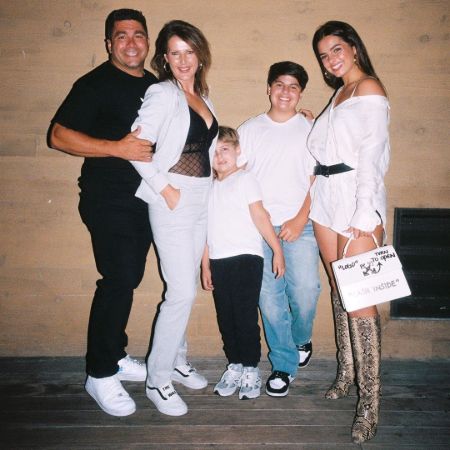 Not only fame, but the TikTok sensation also successfully accumulated a lot of wealth which is estimated to be $15 million. Rae earned mostly through various brand endorsement likes of Reebok, American Eagle, merchandise, Spotify, and sponsors, according to Forbes.

In addition, the fun-loving, cool American Tik-Tok star released her first single called "Obsessed" that was uploaded on her youtube channel. The song was a global hit. Rae also donated her $1 million to the charity No Kids Hungry which received global praise for her noble deed.

Well, kind-hearted Addison Rae once faced backlash from the young black creators of TikTok trending dance moves after she taught some of them to Jimmy Fallon on his famous American comedy family show " Tonight Show Starring Jimmy Fallon".

The issue became large as the show did not give credits to young original creators. 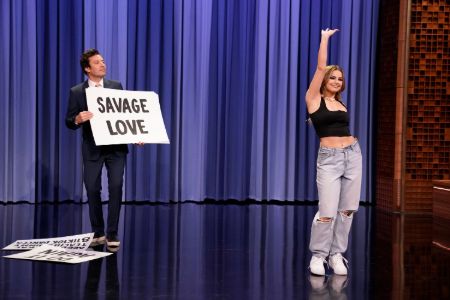 Addison Rae teaches Jimmy Fallon TikTok dance moves.  SOURCE: Teen Vogue
Despite controversies and backlashes, Addison looked forward to achieving more. Reports revealed that her presence will be seen on the remake of the 1999 teen comedy "She's All That" with the role similar to Freddie Prince Jr's film character Zachary Siler.