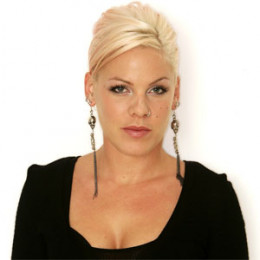 American singer, songwriter, Alecia Moore better known by her stage name Pink is a daughter of Judy, a nurse and Jim Moore, an insurance salesman. Moore attended Central Bucks High School West. On 23rd November 2008, she performed "Sober", the second single from Funhouse, at the American Music Awards. In addition to her work for 'The Truth About Love, Moore on the track "Guns and Roses".

Alecia Moore has been in a relationship with Todd Morse. She has had encounters with Tommy Lee (2003), Kristanna Loken (2003) and Joey Fatone (2000). Alecia is rumored to have hooked up with Anthony 'Treach' Criss. She and Carey Hart have been married for 10 years since 7th January 2006. The couple has two children named Willow Sage Hart on 2nd June 2011 and Jameson Moon Hart on 26th December 2016.

Alecia Beth Moore was born on 8 September 1979in Doylestown, Pennsylvania. Her father James "Jim" Moore worked as an insurance salesman and her mother Judith "Judy" Moore was an emergency room nurse.

She studied at Central Bucks High School West. She started performing in Philadelphia when she was just 14 years of age. It was the same time when she adopted her stage name 'Pink'.

LaFace Records gave her a chance and offered her a solo contract. Her solo recording debut studio album Can't Take Me Home released in 2000 was certified double-platinum in the U.S.

She received the number one hits in Don't Let Me Get Me, Get the Party Started, and Just Like a Pill. She received the Grammy Award for Best Female Rock Vocal Performance for her third studio album, Try This in 2003. 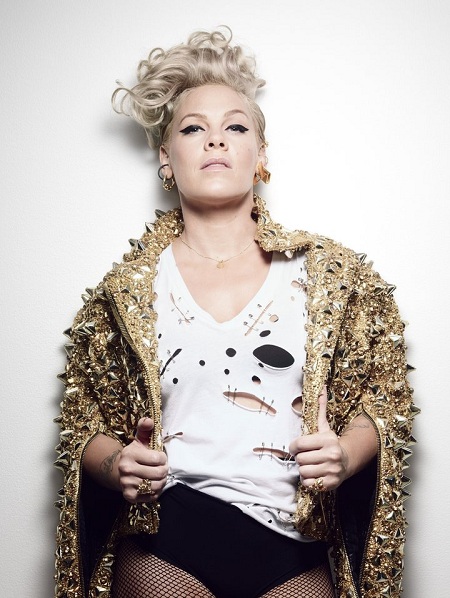 She has sold over 130 million records all over the world that made her one of the world's best-selling music artists.

She received a Brit Award, a Daytime Emmy Award, seven MTV Video Music Awards, and three Grammy Awards. Billboard declared her the Pop Songs Artist of the Decade in 2009.

Pink released her version of the song "A Million Dreams" from the forthcoming album 'The Greatest Showman- Reimagined' album on 23 October 2018. She collaborated with various artists Missy Elliott, Jess Glynne, Kesha, and Kelly Clarkson.

She appeared on the Forbes' list of 'Highest Paid Female Celebrities' with the earnings of $52 million in 2018.

She married motocross racer Carey Hart in Costa Rica on 7 January 2006. After some time living together, the couple separated in February 2008.

Screw it I love Halloween so much

After long marriage counseling and great effort, they confirmed that they were back together in February 2010. The couple welcomed their first child Willow Sage in June 2011 with their second child, a son, Jameson Moon.

Alecia and Carey Hart has been married for 10 years since 7th January 2006.The couple has two children.

The couple has a daughter named Willow Sage Hart on 2nd June 2011 .